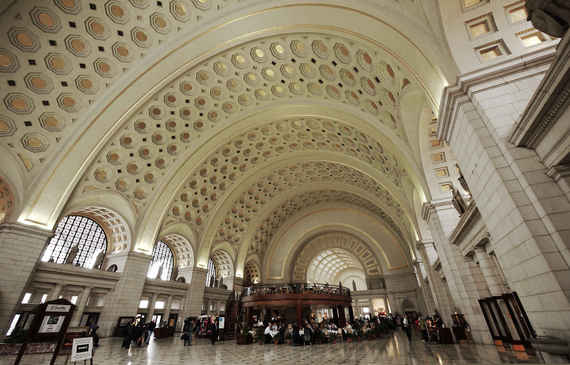 Unless you're a big fan of Cinnabon or creepy flash mobs (or, well, trains!), killing time at the train station usually isn't a lot of fun. Usually.

There are, however, some stations that are so beautiful, so historic, so straight-up cool that you're more than happy to get stuck, if only to wander around for a bit and pretend you're Eliot Ness trying to take down Al Capone.

From marble pillars to multicolored skylights, here are 5 such stations. 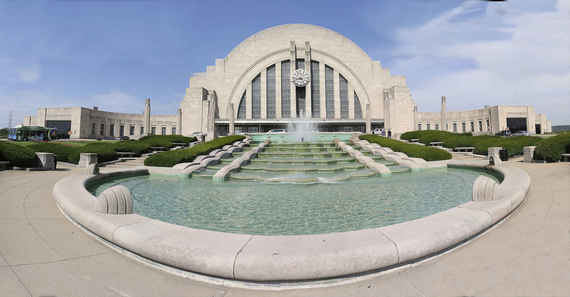 Cincinnati Union Terminal
Cincinnati, OH
This Art Deco-style station's virtually covered in art, from the flashy fountain out front, to the terrazzo floor patterns, to the massive murals by German painter Winold Reiss that tell zeee story of America. There are even three museums on site, as well as a movie theater in case your train to Akron is delayed. 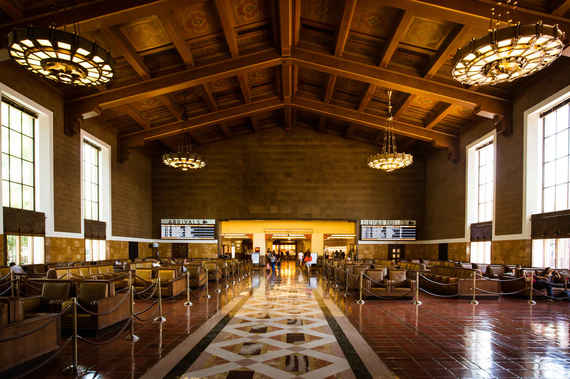 Los Angeles Union Station
Los Angeles, CA
Built in 1939, LA Union Station is hailed as "the last grand railroad station built in America." An architectural hybrid of Art Deco, Spanish Colonial Revival, and Mission Revival styles, the interior's all multicolored tiles and terracotta tones, while the palm trees, fountains, and manicured gardens outside make the place look like a movie set. Which it's been. Perhaps you recognize it from Blade Runner? 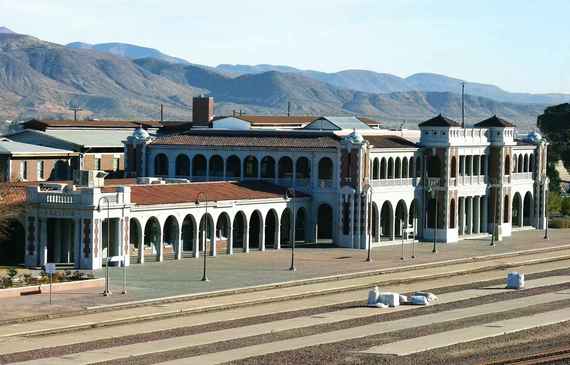 Amtrak Train Station
Barstow, CA
Though the station's low-key interior doesn't scream beauty -- think wooden benches and practical chandeliers -- it's personality is... just kidding, the outside looks like something out of a Turner Classic Movie, all terracotta-colored roof and Mediterranean-style columns. Built in 1911, this major transit hub is home to the Western American Railroad Museum and the Barstow Route 66 "Mother Road" Museum. 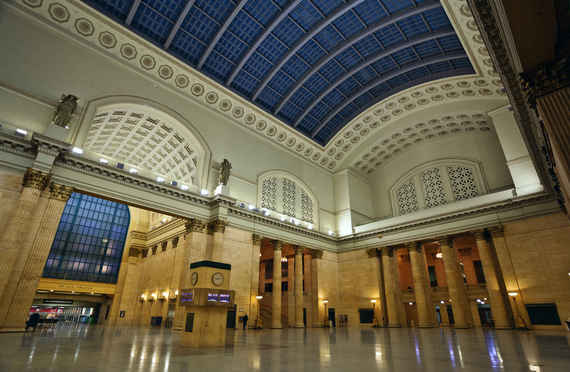 Chicago Union Station
Chicago, IL
"You got him?"
"Yea, I got 'em."
"Take him."
Only the backdrop for one of the greatest scenes in mob movie history -- The Stairway Shootout from The Untouchables -- Chicago's Union Station was completed in 1925 by architect Daniel Burnham and is famous for its Great Hall, where rows of wooden benches are illuminated by a barrel-vaulted skylight spreads across the 115ft-tall ceiling. 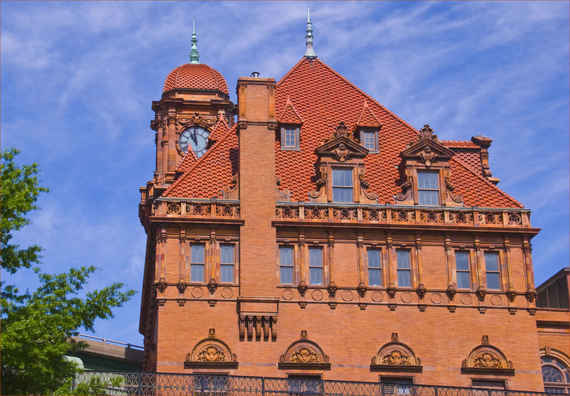 Main Street Station
Richmond, VA
One of Richmond's most treasured icons not named Bill "Bojangles" Robinson, you can't miss Main Street Station: a striking red-brick building with a dome-capped clock tower, tiled roof, and turret-like windows typical of the Beaux Arts style that was popular when it was built in 1901. Festooned with architectural accoutrements made from terracotta and stone, the station wouldn't look out of place in Paris. (Yes, we just used the words "festooned" and "accoutrements" in the same sentence!) Also, there was once rumored to be a secret underground bar near the station.

Click here for 6 more of the most beautiful train stations in America, only at Thrillist.com!

10 of the World's Best Road Trips

How to Quit Your Job and Travel the World