For GQ by Matt Sebra. 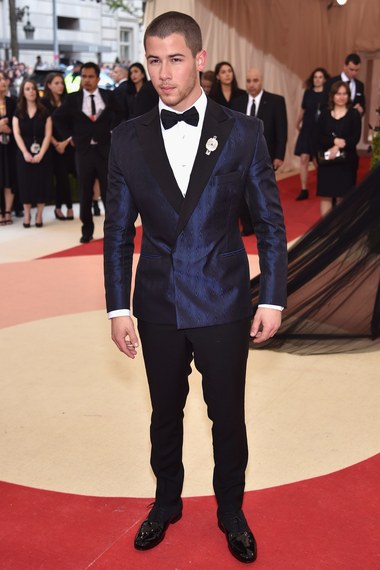 If there's one big time, celeb-stacked event that never disappoints--sartorially speaking--it's the Met Ball. Or, as it should properly be referred to this year, "Manus x Machina: Fashion In An Age Of Technology' Costume Institute Gala." Each annual gathering of the world's most famous and well-dressed beautiful people offers up a spectrum of steez, looks that go down in the record books or just down with a heavy dose of Twitter memes. And with this year's dress code specifying "tech white tie," there was a lot that could have gone wrong. For some guys, it did (looking at you Tyga), but for these eleven guys, it was the ideal opportunity to just look real damn good.

Nick Jonas in Topman (above)
A little rock 'n' roll (no buttons, ma!) and a lot elegant, Jonas's Topman kit stood out in a sea of penguin suits. 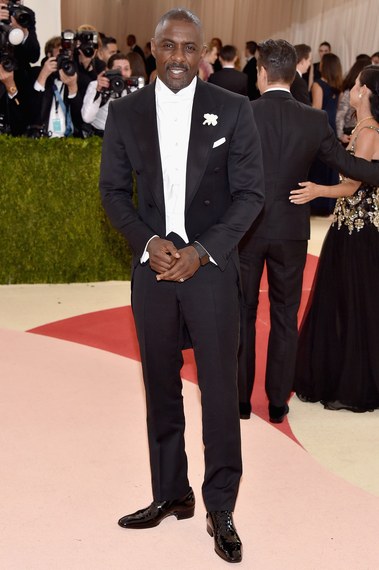 Somebody get this man a Bond movie. One of the evening's co-chairs did right by the white tie dress code and even proved that yes, you can wear an Apple watch with the most formal fit in menswear. 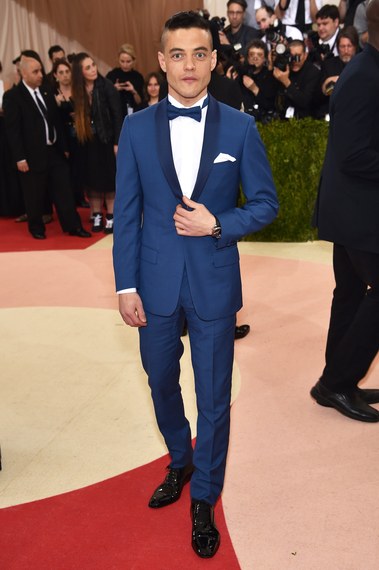 Malek and Dior Homme continue their so-far successful partnership. A bold tux like this could look like a bad prom rental in less capable hands, but Malek knows to let the suit do the talking and keep the underpinnings plain. 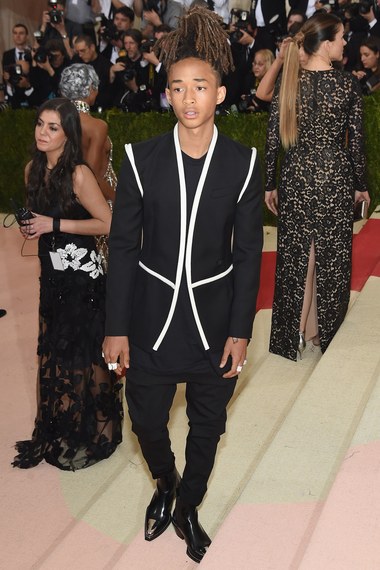 At this point, we're not sure there's a piece of clothing out there that Smith can't pull off. 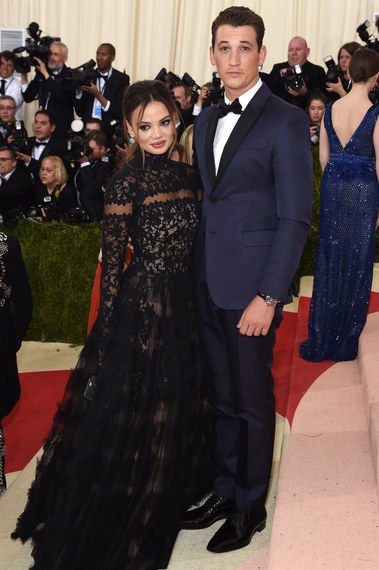 Teller just nails modern black tie here with a midnight blue dinner jacket that fits perfectly, like every other piece in his look. 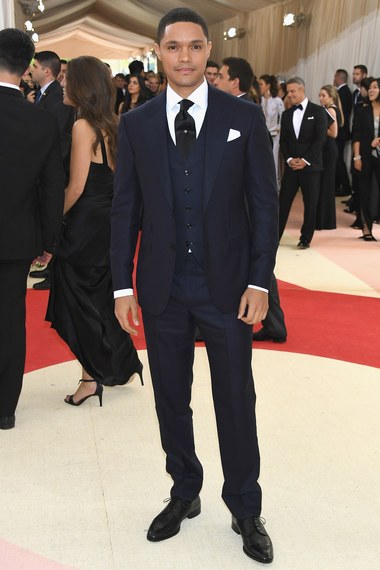 This is a man who dresses like the guy we want to get our news from--even if it's fake. Noah's Zegna look is formal without coming off stuffy, a.k.a. exactly what a man his age going to a big event like this should be wearing.

Read More: The 10 Best Dressed Male Celebs of the Week 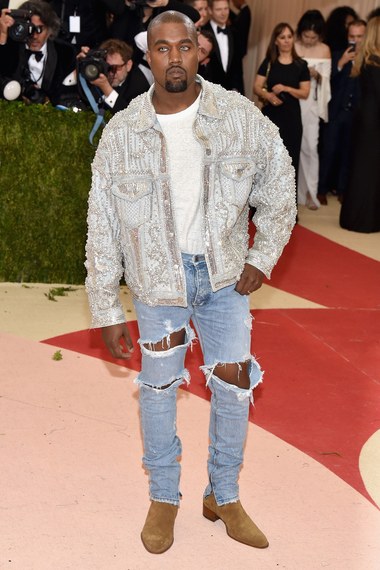 Love it or hate it, there's no denying that West owned the Met Ball red carpet in his ultra luxe Canadian tux. 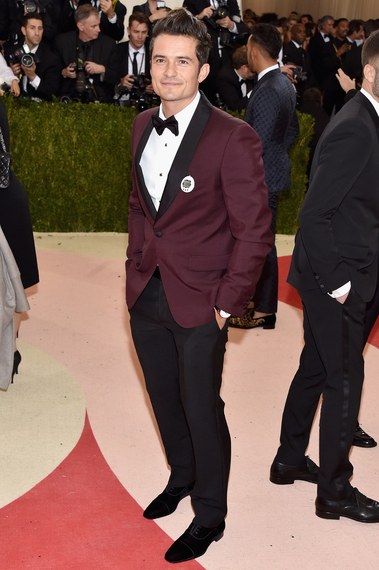 We don't see burgundy a lot at black tie events, but Bloom proved that it definitely belongs there. 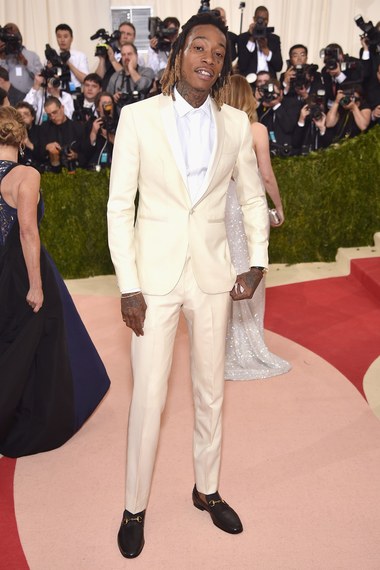 Milk, it does a body good. This creamy Rag & Bone tux is just the kind of thing we would hope a style-minded guy like Khalifa would opt for on his first trip up the Met Ball stairs. 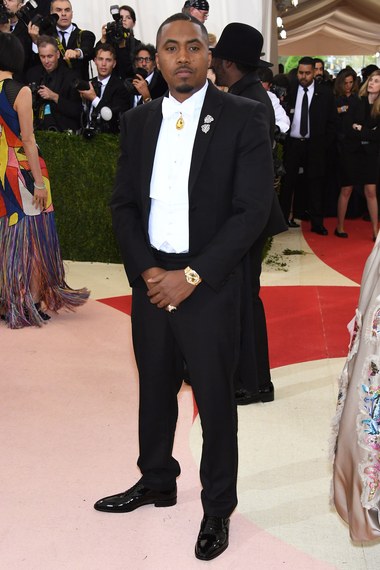 If the Coming to America comparisons on Twitter prove anything, it's that yea, Nas looked downright regal in his Public School tux. 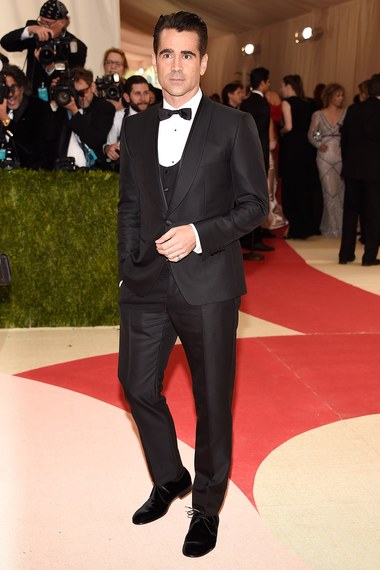 This is unimpeachable black tie if we've ever seen it. Should Farrell's name be thrown into the Bond ring, too?