Haha, these costumes are ridiculous. They're basically the Halloween equivalents of Tomny Hilfinger, Panosaonic and Fuma. And Cnovesre and Cucci. Et cetera. See if you can guess what they're supposed to be! It's super hard. 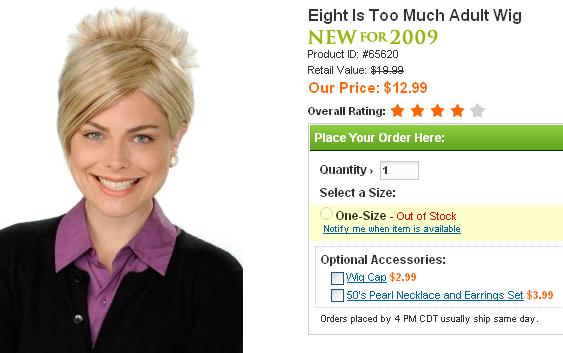 Eight is almost always a little too much, no matter the situation. 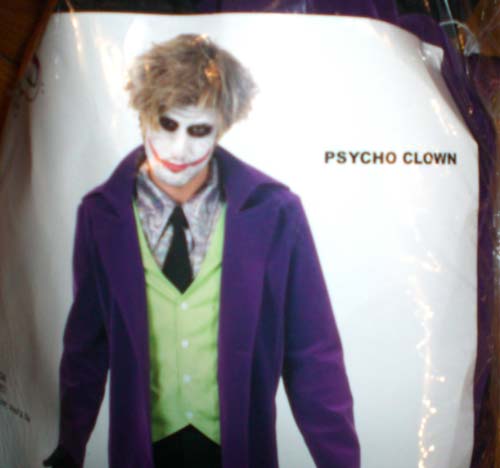 Don't forget your signature line: "You're not smiling, and for the life of me I can't figure out why. Will you explain it to me please? Thank you so much!" 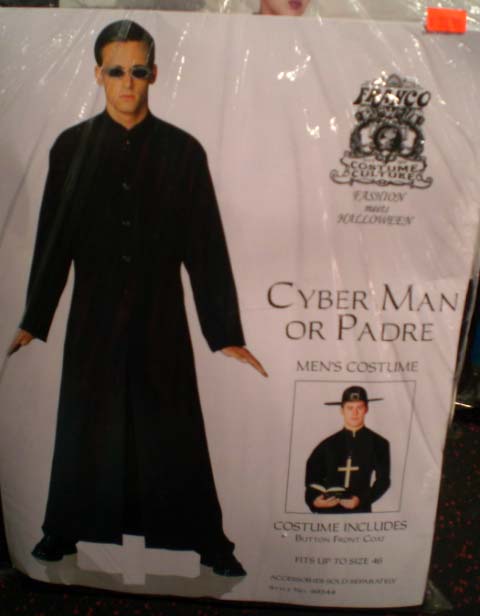 You don't even have to pick--start the night as one, finish as the other. Or go as both simultaneously: "Is anyone in the Matrix in love who wants to get married?" 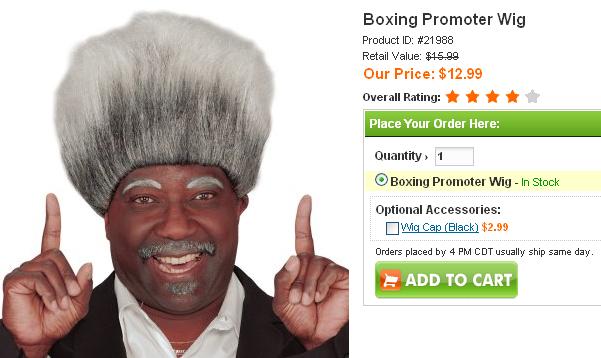 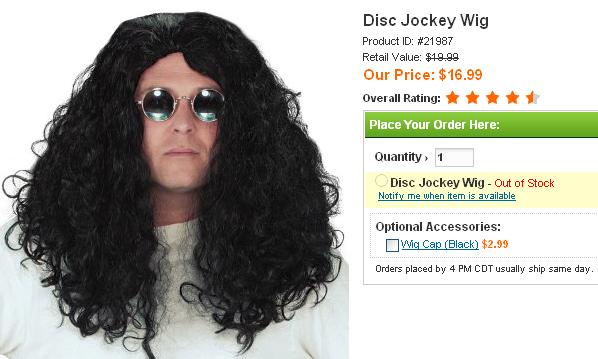 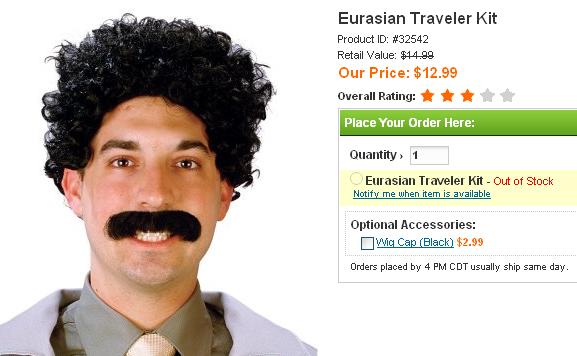 This guy looks like he loves to travel! I wonder what places he likes to visit? Regardless, his visits are certain to go smoothly. 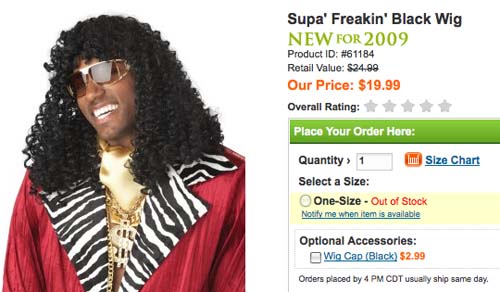 Someone, somewhere at some point was like, "Yup, that's it, that's what we'll call this wig. Great work everyone. Meeting adjourned!" 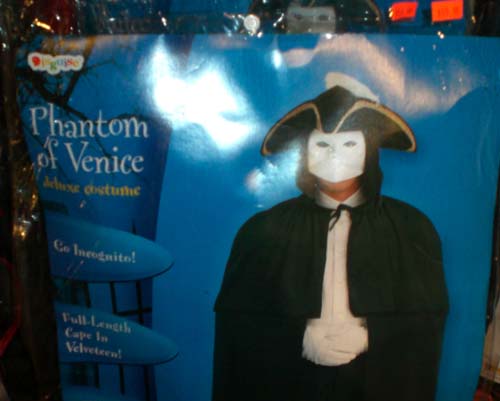 "Hush, Christine, it is only I, the Phantom of Venice. Nighttime sharpens, heightens each sensation, la la la la, the music of the night. And now for a pound of flesh!" 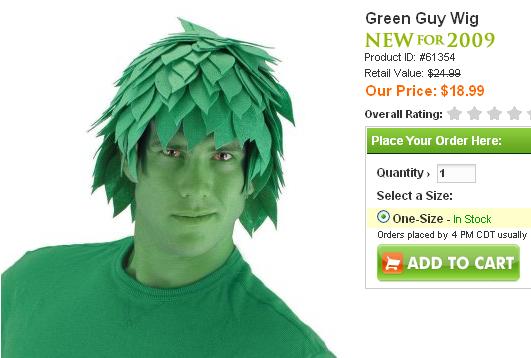 "What are you, the Jolly Green Giant?"
"I'm Green Guy, actually."
"What, like an artichoke or whatever? Or you love money or something?"
"Not at all. I'm simply green! I am green-colored. Green Guy." 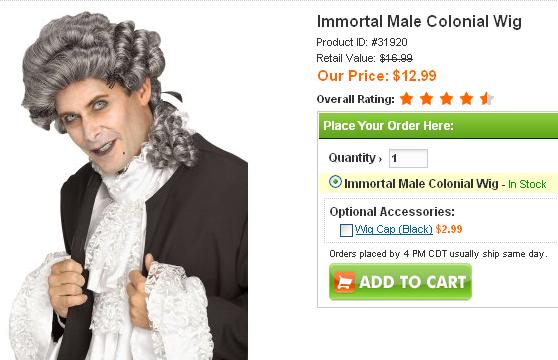 They can't say "vampire"? Weird! This one is so weird. I kind of love it, though. I really love it, actually! 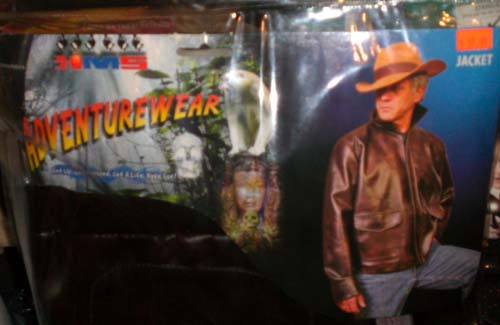 Indiana Bush and the Legend of the Secret Jacket! 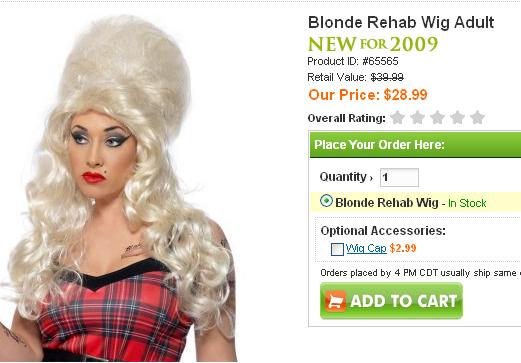 The worst part about going to rehab is when they make you change your hair. You're just like, "I would prefer to keep it normal, actually," but they're like, "Not a chance." 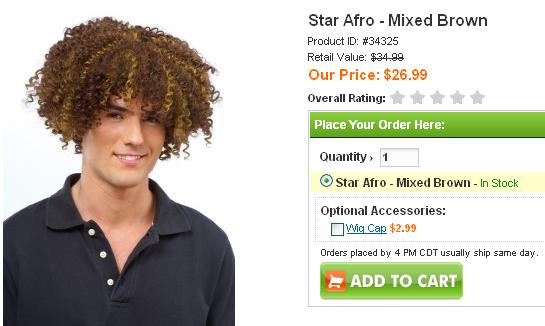 Justin Guarini: A star among stars. A king among princes. Such a lord among lepers that they changed the famous phrase, and now everyone says "A Justin Guarini is born." 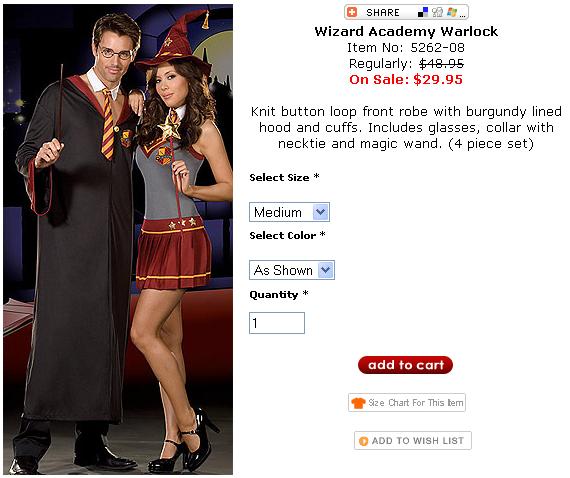 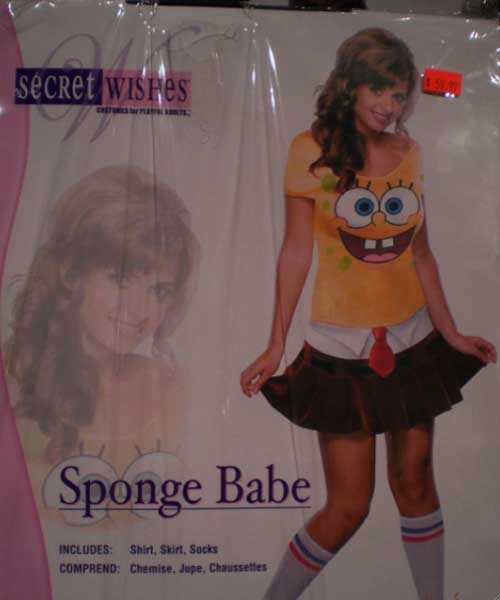 Hahaha, oh man, there's got to be something better to spend $59.99 on. I could be wrong, though. In fact, I probably am!

Writer and editor living in Brooklyn