Next to pro sports teams and maybe famous citizens not named Pauly Shore, nothing gets people talking city pride like a "best-of" Internet list. "Most Livable City," or "Sexiest City," or "Best Small Town to Start a Knitting Blog," you get the idea.

But what about a list that ranks the cities at the TOP OF MOST LISTS?!?! Pretty meta, right? Well, that's exactly we've compiled. After culling 44 different best-of lists from all over the World Wide Web, we gave cities points based on where there fell in the top 10. Then we tallied the results and -- out of a total of 50 locales -- determined the 16 towns that are pretty much the best at FRICKIN' EVERYTHING!

More: The 40 Biggest US Cities, Ranked by Their Food 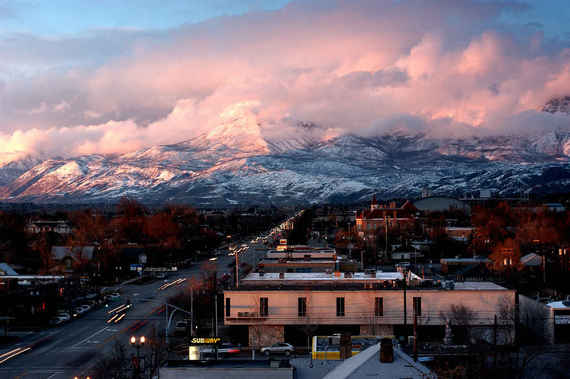 16. Provo, UT
While definitely not high on anybody's list for best beer, nightlife, or sex, Provo is the spot to settle down, raise a family, and start a business. The home of Brigham Young University ranks in the top 5 for housing investment and business/career, as well as for raising kids and work-life balance. It's also one of the smartest towns in America. 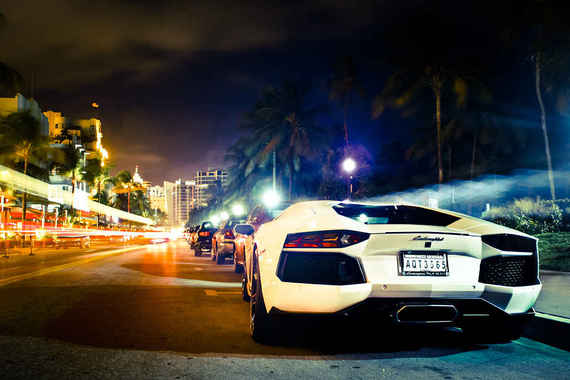 15. Miami, FL
Anyone who's been to Miami for more than a weekend can tell you there are very few things the city does well. But what they're good at, they do better than anyone else. Which is why the 305 only made six of the 44 lists, but still landed in the top 15. It ranked #1 in "most sex" and "best nightlife," and #2 in "most popular tourist destination" and "sexiest." All in all, the results are a little top heavy, but then again, that can pretty much be said about most of Miami's population. 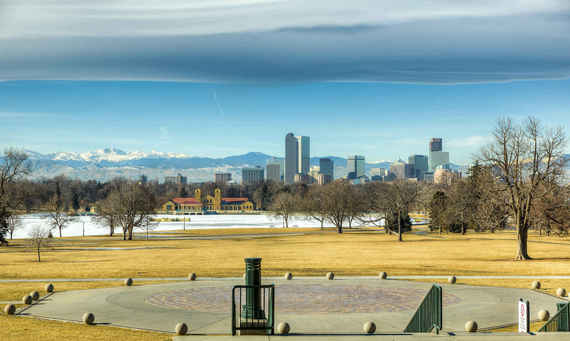 14. Denver, CO
Though nobody's really come out with a list of "Best Cities for Weed" yet, Denver still does other intoxicating substances well, ranking #2 in "beer." Also, if you're inclined to start a gym, brewery, or marijuana dispensary, this is your place; it ranks high in "fitness," "health," and "business." 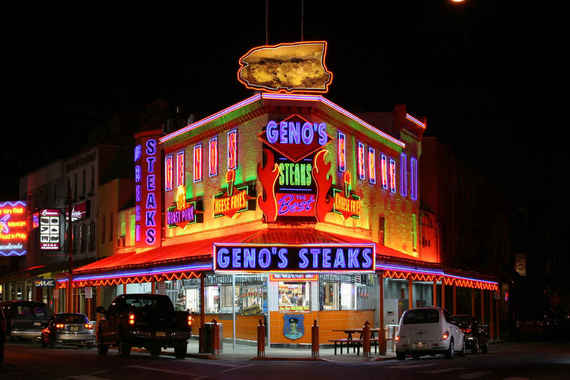 13. Philadelphia, PA
If you're retired and like nice hotels, meet your top 2015 vacation destination. The lone #1 spot Philly took (besides best cheesesteaks, of course) was for "nice hotels." Then again, the only Best Travel Destination list it even made was from the AARP. Even if you're not tapping your IRA for a night at the Ritz-Carlton Philly, the city also scored high for "food," "skylines" and "singles." Whether those singles are octogenarians, however, is anybody's guess. 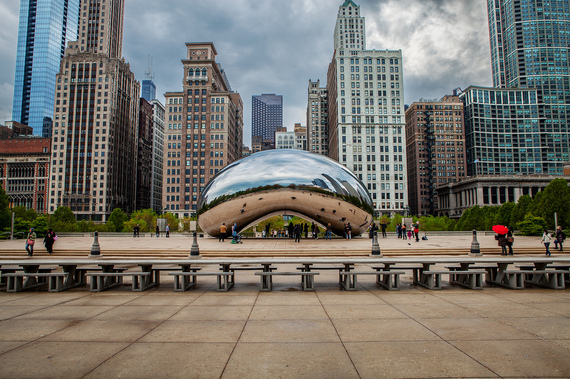 12. Chicago, IL
There's a reason Chicago is called America's Second City (even though it's technically the third largest. Details, details...). Jack of all trades and master of none, Chicago is really good at a lot of things, but isn't the best at anything. That said, it still lands at #12 thanks to high rankings for its "food," "sports," and "skylines," as well as for being a "favorite tourist destination." 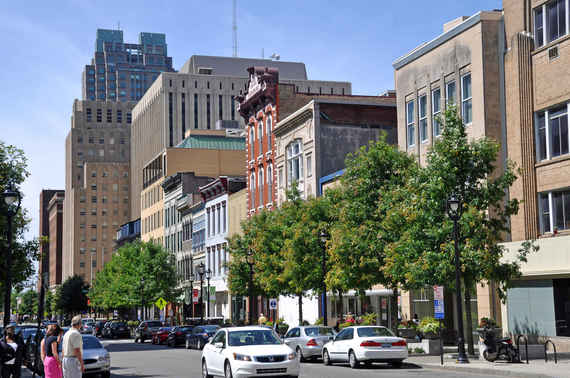 11. Raleigh, NC
Nowhere is business more booming right now than in Raleigh. Despite being closer to Duke than any person should legitimately want to live, Raleigh is the fastest growing city outside of Texas, ranked #1 for "business and careers." It also cracked the top 10 best cities for "young professionals," "young entrepreneurs," and "raising a family." 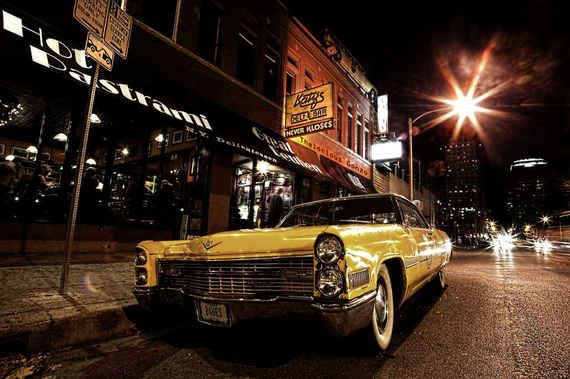 10. Austin, TX
Probably because you can name at least two people you talked to TODAY who are "thinking about moving to Austin," the Texas capital ranks as the #1 city to invest in housing. The second-fastest-growing city in the country is also among the "coolest" and "best dressed," and has some of the top food, nightlife, and jobs.

Which 9 cities snagged the top spots on this list? Find out at Thrillist.com!

The Oldest Bar in Every State (and DC!)

Philadelphia
See More of the Quirkiest Cities in America

Some might say there is something odd about a city that honors a big, broken bell—but Philadelphia thrives on history, and not just the kind associated with the founding fathers. You can appreciate the old, abnormal body parts on display at the medically oriented Mutter Museum or the creepy walkways of the Eastern State Penitentiary (once home to Al Capone), where you can also take the kids on a fun scavenger hunt. The city’s nerve center for local quirky types, though, is Fishtown, where you’ll find a nice example of why Philly won the bronze medal for pizza: Pizza Brain has pies like the oddly named Felix Huppert (Gruyère and caramelized onion) and the Buffy Ernst (blue cheese and Buffalo wing sauce), and a collection of pizza-themed vinyl records. Readers felt that Philly locals embody an ironic combination: loving sports without seeming to be athletic themselves.

In this show-business town, you need to stand out to get ahead—like the buff exhibitionists in Venice or the spendy fashionistas in Beverly Hills. Even the highly ranked bakeries hustle to set themselves apart: at Gjusta, in Venice, you can pick up baklava croissants (Cronuts are so last year) and rabbit terrines. Otherwise, readers applaud L.A. for its nightclubs and wild weekend atmosphere. Hot nightlife hubs these days include the ’70s-themed bar Good Times at Davey Wayne’s in Hollywood and artisanal-cocktail-rich The Edison, located in downtown’s former power plant. For another version of “wild,” don’t miss the performance art going on at the Hollywood Forever Cemetery, which is also the final resting place of stars like Rudolph Valentino and Estelle Getty.

Before this Tennessee city was the country-music capital, it had a classical bent—as in, ancient Greece. The city’s Parthenon—built in 1897 and filled with American paintings—may seem a little out of place here, but it’s also the only full-scale replica of the Greek Parthenon in the world. And while Music City has had an increasingly broad definition of museums since then (like the memorabilia-lined restaurant Cooter’s Place, paying tribute to The Dukes of Hazzard), the city has also generated plenty of museum-worthy legends—like the late George Jones, whose own museum will open here this spring. Readers also loved the city’s dive bars, like Santa’s Pub—located in a trailer near the fairgrounds and run by a guy who looks like another legend. Speaking of jolly, Nashville locals ranked as some of the most affable people in the U.S.

Compared to nearby Austin, H-Town doesn’t get much credit for its weirdos. But just like folks in the state capital, locals in Houston love to gather at sunset to watch swarms of bats: here, you can see them from the banks of Buffalo Bayou, as they fly out from under Montrose’s Waugh Drive Bridge. While readers gave Houston high marks for its impeccable art collections, you could also commission a unique painting here—created (with only a little help) by an elephant, jaguar, or white-faced saki at the Houston Zoo (just take note that the $250 painting will take up to six weeks for the critter to complete). To see why the city also ranked well for its distinctive, high-end shopping, try on a pair of one-of-a-kind boots from Tejas Custom Boots on Westheimer.

If one feels the need to “put a bird on it” in Portland, then this city will, no doubt, put a lobster on it. Holy Donut has stretched the definition of the lobster roll by offering a lobster-stuffed donut, as well as making donuts with potatoes—which promise not to give you that post-cruller hangover. While readers indeed loved Portland’s nonthreatening vibe, the locals seem drawn to what may be lurking in the shadows: downtown’s International Cryptozoology Museum highlights mysterious creatures like Bigfoot, abominable snowmen, and the thylacine, a rare carnivorous marsupial. Any weirdness aside, the locals are all business behind the wheel, ranking near the top for their driving skills.

Andy Warhol’s hometown still turns out its artistic rebels—like Randy Gibson, whose Randyland home, in the city’s Mexican War Streets district, is an art lovers’ magnet with its colorful murals and courtyard. For provocative dining, check out Conflict Kitchen, which serves only cuisine from countries with which the United States is at odds (like North Korean kimchi or rumaniyya, a Palestinian eggplant, lentil, and pomegranate stew). Readers, meanwhile, were perhaps dazzled by the bravado of Steelers fans in this sport-loving town; you can commune with them at Sunny Jim’s Tavern in the Kilbuck area, which boasts of having the world’s largest outdoor TV (25 feet) and does occasional recliner giveaways.

People who will cycle to work in the depths of winter—and the Twin Cities ranked near the bottom of the survey for its weather—are clearly comfortable with a contrarian lifestyle. Even the cities’ highly ranked burgers—called Juicy Lucies—buck convention by offering cheese inside the patty. And while readers applauded Minneapolis/St. Paul for its theater scene, one unexpectedly compelling venue is Bryant Lake Bowl, which offers storytelling, dance, and poetry alongside the bowling lanes. The hipster-rich Twin Cities also ranked in the top 10 for its cool diners, but here you won’t just find traditional greasy spoons: Tiny Diner, in the Powderhorn neighborhood, is supplied by its own Tiny Farm and also offers aspiring-farmer events like “Insects We Love” and “Functional Fungi.”