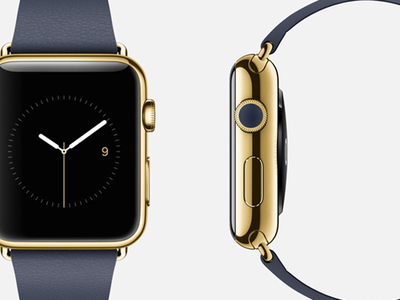 You have experienced the art of deflection a lot of times, usually when you read the jokes. Here are a couple of them.

This one is from Steve Sanderson with the title "Why men shouldn't write advice columns".

I hope you can help me. The other day, I set off for work, leaving my husband in the house watching TV. My car stalled, and then it broke down about a mile down the road, and I had to walk back to get my husband's help. When I got home, I couldn't believe my eyes. He was in our bedroom with our neighbor's daughter!

I am 32, my husband is 34 and the neighbor's daughter is 19. We have been married for 10 years. When I confronted him, he broke down and admitted that they had been having an affair for the past six months. He won't go to counseling, and I am afraid I am a wreck and need advice urgently. Can you please help?

A car stalling after being driven for a short distance can be caused by a variety of faults with the engine. Start by checking that there is no debris in the fuel line. If it is clear, check the vacuum pipes and hoses on the intake manifold and also check all grounding wires. If none of these approaches solves the problem, it could be that the fuel pump itself is faulty, causing low delivery pressure to the injectors.

I hope this helps.

Think about it, although the title gives it away, you were still not expecting the response from John. The author painted a sorry picture for Sheila and the car problem paled in front of the affair problem. When you were intently focused on the affair, you have no choice but to laugh when John starts talking about the car problem completely ignoring the affair.

You can experience the art of deflection even in a tweet. Watch how Manas Gupta crafts this in a tweet:

Told my daughter we didn't have remotes for TVs when I was a kid. She was shocked. "You were a kid?"

Did you see that?

Less than 140 characters and you were stumped.

This is a common theme in hundreds and thousands of jokes. The creator employs the art of deflection to bring your attention to a part of the story first. Then, in the punchline the attention is brought back to a completely different part of the story making you laugh.

The Case of the $17K Apple Watch

First, the premise. Apple was late in this category of watches and had a lot of catchup to do. When they announced the watch, it was priced from $349 to $17K. The response to the announcement was varied, but what became a big news was the $17K watch. Go to Google and search for $17K watch and you will see the number of stories that are written about that price. There are opinions ranging from "cool" to "ridiculous."

There are no comments from Apple about this.

Why would there by any comments?

The response to the $17K watch was exactly what Apple expected it to be.

2. The more people talked about the $17K watch, more publicity Apple got for the category itself. There is an old saying that all publicity is good.

3. Compared to a $17K watch, the $349 watch seemed dirt cheap. I have a few friends who mentioned, "I am just going to buy the $349 version. The gold watch does not make sense to even consider it." Apple probably is smiling listening to such comments.

4. While there will be people who will buy the $17K watch, Apple probably doesn't care because the existence of the $17K watch fuels "suspension of logic in questioning the $349 price for the basic model" in people's minds.

This is an example where "the art of deflection" was executed brilliantly.

The art of deflection is practiced by smart marketers all the time. It is your responsibility to be aware and look out for the underlying motivation in an offer and how it is packaged. It's not easy to spot it as the crowd starts talking about what the marketer wants them to talk about. You have to pierce through the noise to get that real signal.