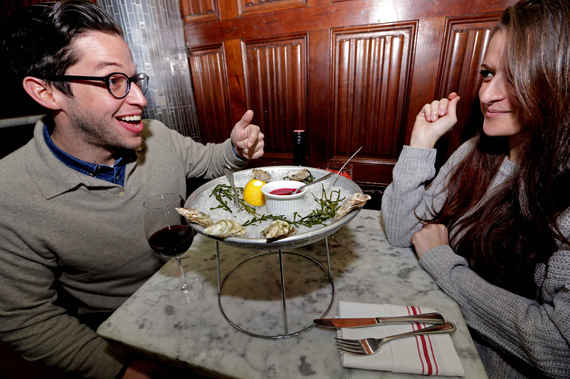 Valentine's Day is the day couples flood our nation's restaurants with love and too much cologne, forcing single people back into their homes, where they'll heat up another sad microwavable meal. If you make it out on the 14th, this handy guide will help you identify the couples you'll be seeing that night.

The couple who insists on ordering all the aphrodisiac foods, because, frankly, they kind of need some sort of sexual placebo at this point
"I dunno honey, do you think 56 oysters is going to be enough?"

The couple who are older and happier than everyone else in the restaurant
This ruins your self-destructive theory that all marriages are inherently doomed. 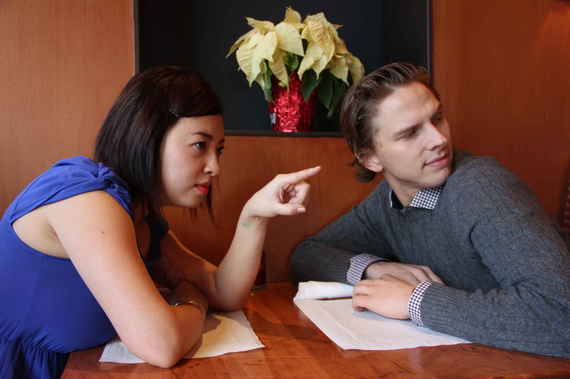 The couple judging other couples for talking "too loudly" and ruining the mood
Nobody cares that you need absolutely perfect conditions for romance to bloom. You're like a football team who only plays well in a dome.

The couple who uses Valentine's Day as a referendum on whether or not they should stay together
Of course you should put high expectations on the most pressure-packed evening of the year. Nothing can go wrong.

The couple an hour late for their reservation who are shocked to hear their table was given away
Even couples who were fighting a second ago are now bonding over their idiocy. 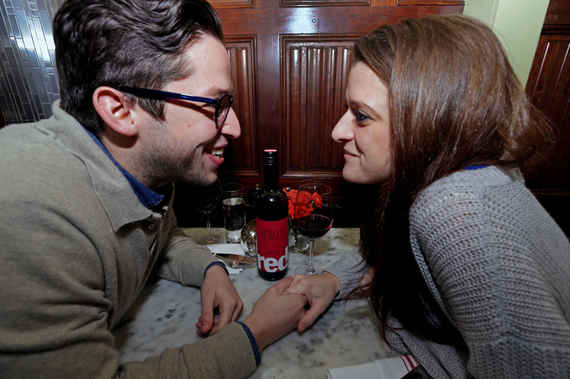 The couple with the guy who places his hand on his girl's hand for the entirety of the night and never seems to break eye contact
You're creeping everyone out. DO YOU EVER BLINK?

The couple sitting at a four-top with another couple
No one at that table's having a foursome that night, and that's just a waste.

The couple where the guy orders for his date like he's stuck in Valentine's Day 1959, and she's clearly embarrassed and may not even want the salmon
Chivalry isn't dead, but it sure is hard to watch.

The couple whose conversation is entirely about how dumb Valentine's Day is
It's all a conspiracy to get you to buy greeting cards! And go out to dinner! Which is what you guys are doing.

There's still the arguing couple, the couple who uses only one side of the booth, and the couple you're a part of. See more couples on Thrillist.com!

How To Talk (And Not Talk) Like A Foodie: A Primer