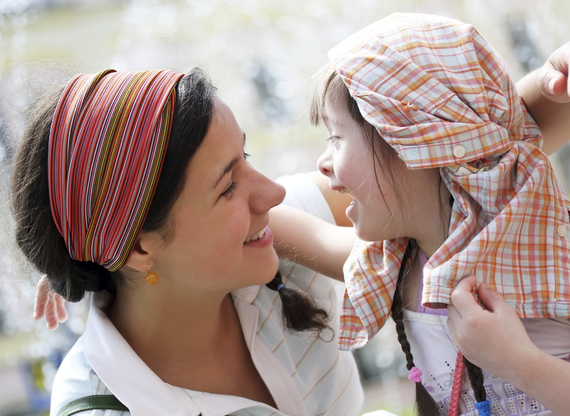 In many countries, the 1st of June is celebrated as international children's day. Over my years working to end the institutionalization of children, I have often come to wonder what that means. I would like to think it is the day on which we focus our attention on how far we have come in realizing children's rights, in empowering children to find and use their voices, in learning as adults to listen and work in partnership with children and truly respect their opinions. But my experiences have taught me otherwise.

Frequently in institutions in Eastern Europe, I have asked children when their birthday was. In many institutions, one after another, the children replied "the 1st of June". How could so many children have the same birthday, I wondered. Then a member of staff explained: "No, they don't understand the question. There are too many of them for us to celebrate each of their real birthdays. So we celebrate all of them on the 1st of June". I looked around the sea of shaved heads, identical clothing, emaciated bodies and hollowed eyes only to realize that every last vestige of their identity - what makes them individual, makes them special - had been taken from them. I was suddenly struck by what identity really means: a complex mixture of history shared with others, a sense of being special and different as an individual, whilst belonging powerfully to a group who have known you every day of your life. And how this was gone for children in institutions.

In the year 2000, together with UNICEF, I was researching the burgeoning process of 'deinstitutionalization' in Romania. Some counties had already closed institutions and the government was gearing up to develop a national strategy. I was asked to travel the country looking at the process of change - finding out what worked and what didn't. The lessons I learned would form the basis of my model of '10 elements' necessary to ensure that the deinstitutionalization process worked for all the children involved.

In seven counties, I met children who had moved from institutions. In one county, the authorities had decided to close an institution that they had only opened several years before. The Romanian system of institutionalization separated groups of siblings in a seemingly arbitrary manner. Institutions were organized by age, gender and disability. So it was not uncommon to find four siblings living in four different institutions. In this county, they had learned that separating siblings was harmful, so they established an institution in which they could bring all the sibling groups together. In theory, this was a step in the right direction. In practice, more than 170 girls and boys, aged 4 to 18 years, lived together with little adult supervision. Bullying and abuse were rife and the smallest children - now living in foster families - were clearly still traumatized a year after the institution had closed.

I interviewed many children who had moved from the institution, including some older teenaged boys. No appropriate family-based placements had been found for them, so they had simply been moved to another institution for older boys. They had been told that no families had been found for them because they were the 'naughty' children. Being moved to another institution was seen as a punishment. I asked the boys how they had been prepared for the move to their new home.

They did not understand the question, so I tried again: "How did the staff in the institution tell you that you were going to move to another institution?" "They tricked us", said one 14-year-old boy. When I asked what he meant, his eyes filled with tears and his voice choked, so another boy helped him: "It was the 1st of June, children's day, and they told us we were going on a day trip. Two buses pulled up outside the gates and they told the boys to get in one bus, the girls to get in the other. And they brought us here. They didn't even give us the chance to say goodbye to our sisters". I looked around at all the boys. Their eyes were lowered and several were struggling to hold back the tears. "Have you seen your sisters since?" I asked them. "No", they replied. Then one asked me urgently, "do you know where they are?" I promised I would try to find out.

Their sisters had been moved to an institution for girls. It was only 13 kilometers away from the boys' home, yet no-one had seen fit to organize opportunities for them to meet or even to communicate. I spoke to the State social services, strongly recommending that regular visits be organized between the siblings. But I was struck more than anything by a system so uncaring that it could take the one day of the year that was meant to be special for institutionalized children and turn it into a nightmare of grief and terror.

This incident has led me to fight over the years for the inclusion of children's voices and opinions, wishes and aspirations to be at the heart of any process of transforming children's services. Turning the residents of institutions back from numbers into individual children, each with their identity, their family (even if absent) and their history, is the first step in ending institutionalization. If international children's day is to mean anything, then it is up to adults to promote the rights of every child - to a family, to a voice, to a future.