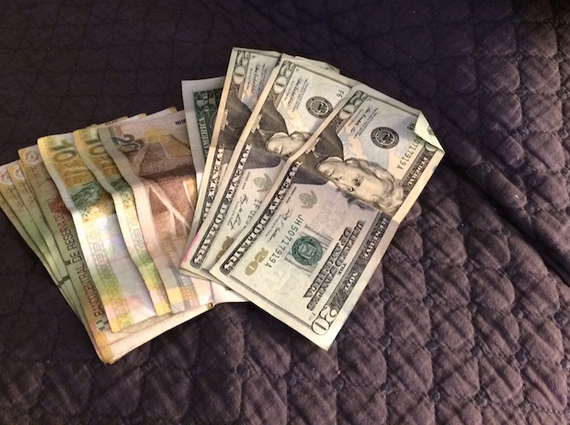 If you're looking for amazing hotel deals and discounts in South America, there are two countries in particular that hotel industry insiders know offer the best deals right now. Hoteliers have been struggling with decreased currency values, low average room rates and low occupancy in these two countries, and now it's time for you to get in on the secret about where to go for the best room rates and travel deals.

Drumroll, please ... here are the two South American countries that should be in your vacation plans, right now: Brazil and Colombia. That's the insider's word from Arturo Rosa, president and founder of the South American Hotel & Tourism Investment Conference (SAHIC), the biggest get-together of hotel industry insiders in the region, which took place in September at the Westin Lima Hotel & Convention Center in Peru.

I attended the conference to moderate a couple hotel industry panels, as well as to cover it for my travel blog, LatinFlyer.com, and other media outlets -- but I soon realized that, while some of the talk was about complex industry issues that most travelers don't care about, SAHIC can also provide an insider's view on travel trends, and where the good hotel deals are in South America.

I asked Rosa about where the good deals are, and he didn't hesitate in his response. "It's a great opportunity to visit Brazil and Colombia," he said. "Both countries are easy to visit and they're having the biggest currency devaluations in South America. For consumers, this is a great opportunity to go to Cartagena and the beaches of Rio de Janeiro and Brazil. The best time is now: cheaper prices, good quality of services, terrific destinations."

Why It's Cheap to Visit Now
So what happened? Lots of people flocked to Brazil for the World Cup in 2014, of course. But since that surge ended, Brazil's hotel room occupancy has dropped, according to figures presented as part of a study by STR Global for the year ending July 2015. An economic slowdown has also made the Brazilian Real worth less compared to the dollar, compared to recent years.

Hotel industry types like to quote statistics to show the status of the industry -- often focusing on terms like Average Daily Room Rate (ADR), which shows the average price that hotels charge for guest rooms. ADRs were down more than ten percent in Brazil between July 2014 and July 2015, and occupancy (the percentage of hotel rooms that are actually filled with guests) was down more than five percent.

The pressure on hotels to offer lower prices is "helped by the economy going down, political issues, economic issues, and the currency with the real, which is $1 for 4 reales," according to Rosa. It's a situation he calls "the two faces of the moon," since from one side (the point of view of hoteliers) it's a bleak place to be, but for travelers it means you'll get great travel deals. "From one side, the economy is not the best," Rosa explained. "But prices will be cheaper in U.S. dollars and international arrivals will grow."

AccorHotels -- which owns brands including Sofitel, Ibis and Mercure -- is one of the big international hotel companies that's offering great deals in Brazil. "We haven't decreased the rates; we even increased the rates a little bit," said Patrick Mendes, CEO for AccorHotels in South America. "But the value of the real has decreased by 40 percent, so even if we incrase the rate by 10 percent, you still have a good deal -- 30 percent cheaper than a year ago. Definitely it's the moment to go to brazil. You can go to Rio and you used to pay 800 reais for a room, which one year ago meant $400. Today it means $250. So you can go to the nice Sofitel or nice Caesar Park in Rio and stay for two weeks for the price of 10 days, so you have four days for free."

Big Travel Savings in Brazil
"Brazilian real devaluation room rates quoted in U.S. dollars have dropped by approximately 20 percent compared to last year, making Brazil more attractive not only travel but also for shopping, medical tourism and dining out," said Sheilla Cruz, director of sales at the InterContinental São Paulo. "In addition to Carnival, F1 fans find Sao Paulo the only race to occur in Latin America this year, which will be on November 15. For leisure traveling, the low season is from March to June, when many good deals can be found, especially in Northeast Brazil."

Dollar appreciation when compared to real is causing some travel behavior changes, according to Hilton Worldwide. "Brazil is much more attractive to foreigners, as they can ... stay for longer periods with the same amount of money," said Fernando Luis, Hilton's regional director of revenue, Caribbean/Latin America. (On the flip side, Hilton reports that less favorable exchange rates mean that Brazilians are traveling less internationally and more domestically.)

In addition to Colombia and Brazil, the results of the STR Global study show that Ecuador also offers good value for the money (room rates in all three countries averaged between $100 and $120). If you're looking for the best hotel deals in South America, however, you may want to avoid Chile and Peru. Both countries showed the most expensive hotel room rates, with prices averaging more than $140.