For Allure, by Renee Jacques. 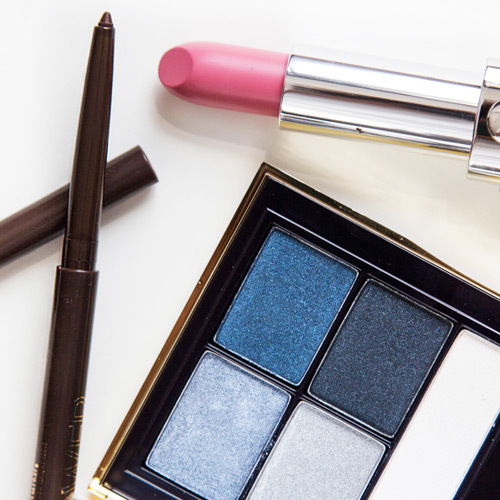 We live in a world full of beauty products. Sometimes it can get daunting--you run into Sephora to grab that one blush you really like and then you end up leaving with two $20 mascaras and a brand-new highlighter palette for $40. Was it worth it? Probably. But if you're trying to save money on makeup, there are two items everyone agrees you can cheap out on.

When it comes to saving on your beauty needs, the eyes have it. The commenters on this Reddit thread love swapping expensive mascaras and eye-shadow primers for inexpensive alternatives. One user posed the question: "What expensive product did you ditch for a much cheaper one?" and the first response was primer. One person wrote that she loves Wet n Wild Eyeshadow Primer above all others. Another person agreed, citing the $5 drugstore find as her favorite. "I've tried every eyelid primer in Sephora to try [to] stop my shadow from creasing after 4-plus hours, but only the Wet n Wild primer held up," she wrote. The $2 E.L.F. Shadow Lock Eyelid Primer also has legions of fans. "I don't think I will ever use another eye primer as long as this one is available," wrote one user.

Related: How to Get Younger-Looking Hair (On the Cheap!)

When it comes to mascaras, drugstore versions also take the win. "I've never repurchased any of the expensive mascaras I've owned because I like the CoverGirl Lashblast Fusion Mascara so much," wrote one Redditor. "It's cheap and buildable and never clumps." When choosing between pricey mascaras and other luxe essentials, lots of beauty fiends opt to save on mascara. "I just can't justify expensive mascara when a $6 tube of Maybelline New York Volum' Express The Mega Plush Mascara does everything I need," wrote one user. "I'd rather spend the money on good foundation." An even thriftier option? Lots of users said that they hardly ever buy mascara, instead relying on the samples they get when they purchase high-end products or during promotional events at beauty counters. "I've been living off of mascara freebies for about three years at this point," wrote one person. "I have about seven samples of the Benefit They're Real! Lengthening Mascara," writes another. So if you're looking to save money (and who isn't?), take a tip from Reddit: Hoard all of your mascara samples and head to the drugstore for eye-shadow primer.

The One Thing Hairstylists Really Wish You Would Stop Doing

20 Celebrities Who Look Surprisingly Different Without Their Signature Looks

Find the Best Haircut for Your Face Shape

The Sneaky Way You're Probably Ruining Your Hair