Today's world revolves around the innovation and advances made in the technology and telecommunications industries. Yet, these industries continue to lag far behind when it comes to the participation and inclusion of people of color, and women, in all spheres. Silicon Valley -- from the C-suite to the firms involved in bond offerings, vendor work and IPOs -- has a long way to go.

In 2014, Rainbow PUSH Coalition launched its PUSHTech2020 initiative -- and we immediately called upon tech companies to release their EEO-1 workforce data. We went to shareholder meetings; wrote to tech CEOs and issued open op-ed letters to the industry; and met with leaders and staff and rallied the community around the issue. PUSHTech2020 employed traditional and new civil rights strategies to challenge and pressure the tech industry -- and when confronted, they could no longer operate under a veil of secrecy.

Our initiative met with great success: 25 of the 26 companies we directly challenged released their Equal Employment Opportunity (EEO-1) reports or workforce diversity/inclusion data. (Note: Just a few years ago, the San Jose Mercury News filed Freedom of Information requests to secure workforce data -- six leading Silicon Valley companies -- including Google, Apple, Cisco and HP -- went to court and, astonishingly, they won the right to keep their EEO-1 workforce data hidden from the public.)

The data doesn't lie. Silicon Valley and the tech industry have a diversity/inclusion problem. I've called it the 2 percent dilemma, as most companies have just around 2 percent African American and Latino representation in their workforce, C-suites and, even worse, on their boards of directors. When it comes to access to capital, most investment firms and teams, and the companies that receive investment, are led by Whites.

"The data doesn't lie. Silicon Valley and the tech industry have a diversity/inclusion problem."

The "all White male syndrome" should become a thing of the past, and the captains of industry must lead the way in putting it to rest. There are fundamental, basic challenges -- and opportunities -- the technology industry must, and finally is, confronting.

Our challenge to the tech industry to release their diversity and inclusion data created a new climate of change in Silicon Valley.

For an industry as global as the tech industry is, given its diverse and loyal African American customer base domestically, the industry can no longer lock out people of color and women from the board rooms, executive suites, professional services and the procurement supply chain that is transforming the world. To be truly global companies with global vision, the technology and telecommunications world must be truly global in its inclusion policies and practices. 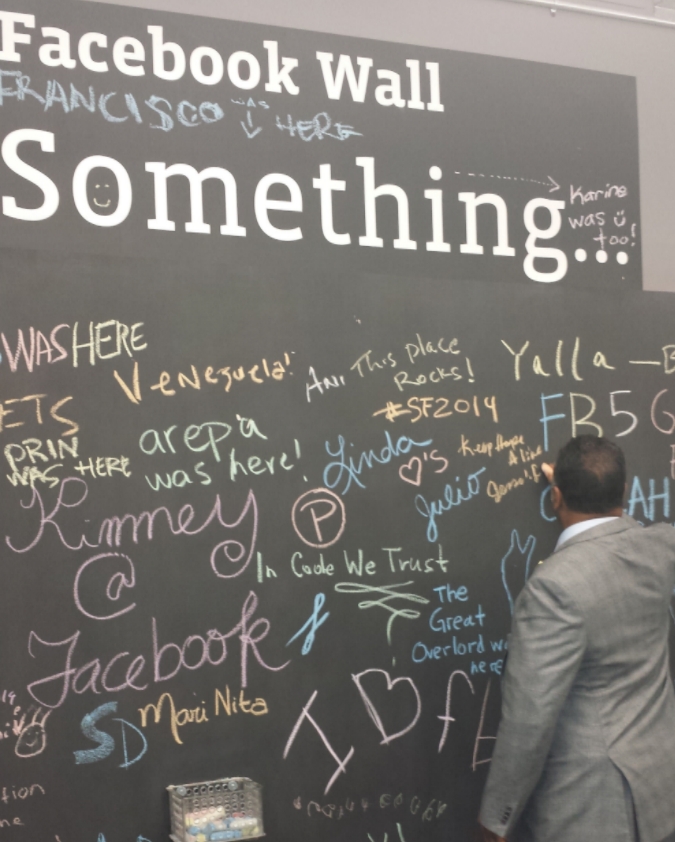 That's why PUSHTech2020 has challenged Silicon Valley and the technology industry's most visionary and progressive leaders to "lean in and lean forward" and innovate with inclusion and diversity.

Women, American Americans and people of color are major consumers of technology products: but if we can be consumers, we can be innovators, investors, creators and entrepreneurs. We can lead.

At its best, technology can be a tremendously positive change agent for the world. At its worst, it can hold onto old patterns that exclude people of color and women from opportunity and advancement. Silicon Valley and the tech industry must transform themselves to resemble the America they increasingly depend upon for customers. Everyone should have access and opportunities to participate in and lead this transformative industry.

Diversity and inclusion are good for business. African Americans, Latinos, and women represent money, market, talent and location. Inclusion is the key to growth, and when there is growth everybody wins.

But in two years, the numbers have not moved. The 2 percent dilemma remains the status quo. People are hiring people who look like, act like, and come from backgrounds just like themselves. It's a self-replicating ecosystem. Companies are self-replicating themselves in their own image.

Going forward, companies must do more to move the needle -- to do more than just "market" diversity and inclusion by concretely and measurably transforming the character of their workforce, supplier base, C-suites, and boardrooms.

Technology companies must execute a real plan: set goals, targets and timetables regarding diversity and inclusion on their boards, their C-suite leadership and their general employee base.

"Treat inclusion and diversity just as you would any serious business line of a company."

Treat inclusion and diversity just as you would any serious business line of a company. Measure it. Then create a plan to meet real goals. The mantra is: "If you don't measure it, you don't mean it."

I believe that solutions can be identified and executed. And we are making progress. Intel paved the way with its unprecedented $300M diversity and inclusion initiative, and its goal to achieve full representation in all aspects of the company by 2020. Apple announced its $50M program with the Thurgood Marshall College Fund to forge the pipeline from HBCUs to Apple and the tech industry. Google has been making major investments with an impressive push to merge technology and civil rights. Several companies in San Francisco -- Uber, Airbnb, Pinterest, Slack, Dropbox -- have taken up the cause, hiring Chief Diversity Officers and bringing in the right tools and resources to forge an inclusive, diverse workforce.

After the Rainbow PUSH challenge, Hewlett-Packard broke the color line in its boardroom, appointing four African Americans (two at HP and two at HPE). Apple appointed James Bell, the first African American to serve on Apple's board in decades. After virtually no inclusion, Apple, HP, Intel, Microsoft, and Qualcomm have come around, including minority financial services firms in nine debt offerings over the last two years.

I've said it many times before: There is no talent deficit. There's an opportunity deficit. There is nothing that we cannot do. We have an African American in the White House. Our Attorney General. Former Secretaries of State. Supreme Court Justices.

And to make more progress, we need leadership from the White House. President Obama has done well: Tech Hire; Computer Science for All; Demo Day; ConnectED. These are all excellent proposals. The next President -- and the new Congress -- must fully fund these initiatives and place access to technology at the top of the nation's agenda. Just as President Kennedy laid out a vision and plan for America -- the moonshot speech -- and made training of scientists and engineers a national priority, we need a new 'moonshot' to train and prepare today's generation of engineers and technologists.

The "pipeline" must be built from the neighborhoods of New York and Newark; in the communities of Baltimore and St. Louis; in the garages of East Los Angeles and Oakland. The "we can't find them" syndrome is a thing of the past. Who is looking? And where are they looking? We can find them, if we look in the right places.

African Americans and Latinos -- and women -- represent money, market, talent and location. Technology companies have expertise, resources and innovation in their DNA.

Silicon Valley and the tech industry have demonstrated that you can solve the most challenging, complex problems in the world.

Inclusion is a complex problem. If we put our collective minds to it, we can solve it, too. Silicon Valley must evolve and expand to look like America -- and to mirror American values and principles. Let's close these gaps together. Let all of us share in America's growth and opportunity.

This spring, let's intensify the campaign to engage companies and communities to identify strategies and solutions to move the needle and truly change the face of technology.

I remain optimistic: Nothing is too hard for Silicon Valley and the technology industry.

A version of this post originally appeared on thewell.jopwell.com.