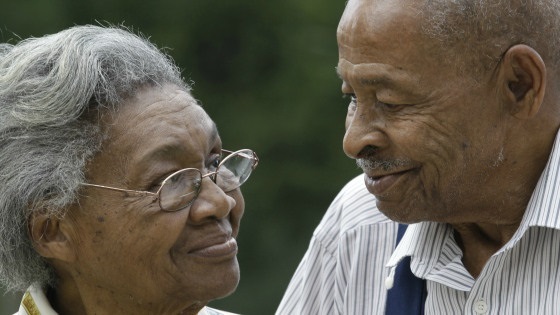 There's a meme floating around the web that some young people like to share, probably because they can't know what they don't know.

It's a Rotten eCard which reads: "If I get married, divorce is not an option. You mad? Take your butt in the other room and calm down, because we are going to work this STUFF out!"

I'm confident all of the young, hopeful and optimistic people sharing that meme have their hearts in the right place. Just like my ex-wife and I did. Just like pretty much everyone does on their wedding day.

Maybe there are super-sneaky con-artist people who go through elaborate demonstrations of engagements and nuptials only to intentionally sabotage their marriages, file for divorce, and make a bunch of people sad and angry. That has probably happened before.

But can we agree that MOST people MOST of the time--like damn near 100%--exchange wedding vows intending to stay married forever? Cool. I think so, too.

Divorce is bad. On your Things I Hope Happen Someday list, divorce should rank just behind a grizzly bear mauling, and just ahead of being burned alive naked on national TV while everyone who was mean to you growing up gathers to watch, laugh and live-tweet it.

A Huffington Post editor kindly asked me to contribute to a post responding to the 'divorce is not an option' meme, and asked me to do so in just a few sentences.

I thought for just a moment, and settled on: I can't do this.

2. To do so would undermine the vast majority of things I have ever written about marriage.

It would contradict everything I've come to believe about how to make a relationship something that makes our lives better forever, and not just for a little bit before turning into the worst things that ever happened to us.

Most of the time, two perfectly kind and decent people get married on purpose. No one made them. They chose it, and believe it will last forever.

Then, like clockwork, 5-10 years later, more than half of those relationships fall apart. I think I know why, and I spend a lot of time thinking and writing about it, because it's INSANE that so many people fail at something so sacred and central to our lives.

So, while I acknowledge that divorce is occasionally what's best for an individual person or family in certain instances, the vast majority of divorces tend to live in the category of "Irreconcilable Differences," leaving trails of pain, tears, damaged children, infidelity, and broken families and friendships in their wake.

And if everyone is going to stay single for the rest of their lives, maybe it's worth it.

But that's not what's going to happen.

People who marry are obviously people prone to seek companionship. And if they don't learn anything from their failed marriages, they are statistically likely to go on to have other doomed relationships. I don't see the value in a family of four breaking up, simply so the husbands and wives can go on to have new relationships with poor communication and emotional dysfunction, and repeating the cycle.

I think a lot of good men are accidentally bad husbands. And I think by learning how to be great husbands and behaving like them, most of the things our wives do that upset us (nag, complain, bitch, attack, accuse, etc.) insta-disappear because our wives will no longer feel hurt, angry, disrespected, unloved, unwanted, nor afraid.

I think when men are great husbands, they allow their wives to be great wives.

And then I think the entire conversation changes. More than 9 out of 10 people marry or desire marriage. The number in the United States is 95%. And it fails more than half the time. And I think that's a big deal.

My writing mission centers around this, so maybe some people will rethink the way they want to behave in relationships.

Then the entire institution of marriage becomes something healthy and awesome instead of soul-sucking and shitty.

And the world changes. Right then.