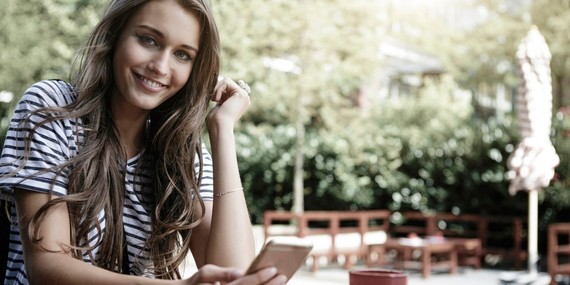 This story was written by Ian Stobber and posted on AskMen: Most Used GIFs On Tinder

Ever since Tinder introduced GIFs, flirtation has gotten really... visual. Now if your first instinct isn't to use GIFs (such as, you're still trying to sort out how to use emoji) then you might not care. But according to the app, GIF-based convos are "an estimated 2x longer and GIF messages are 30% more likely to receive a response than standard text-only messages." With numbers like that, you'd be a fool to pass up on the boost GIFs can accord your online dating advances.

But, as with all things in life, a little knowledge is a dangerous thing. If you just wade into the Tinder pool willy-nilly start sending your matches GIFs from TV shows you've never seen or movies you misunderstood the endings to, you're going to confuse a lot of people and ultimately, if my extremely scientific calculations are correct, end up totally matchless.

Luckily, I've compiled the 20 most-commonly used Tinder GIFs, according to their internal data -- and broken down what conversational situations you should use them in, so you know when to whip out the racy Justin Bieber GIF and when to opt for the tried-and-true Ryan Gosling. Good luck and happy swiping!

WHEN SHE'S A LITTLE SHY

WHEN THE MOON HITS YOUR EYE LIKE A BIG PIZZA PIE

Positions To Help You Last Longer