By Ally Marotti for the Orbitz Travel Blog 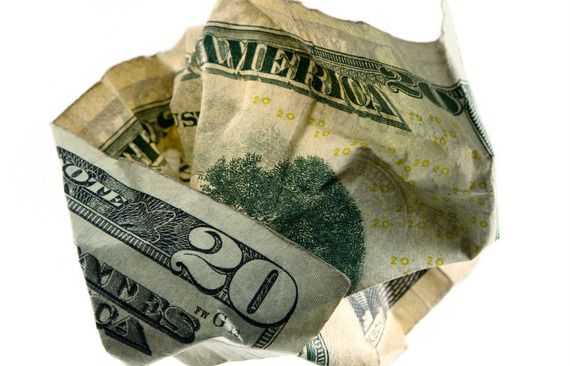 Ever heard of the $20 trick? It goes something like this: Slip whomever's manning the hotel's front-desk a 20-spot between your driver's license and credit card when you are checking in and ask if there are any "complimentary" room upgrades. The next thing you know, you've been upgraded to a suite with a view of the Las Vegas strip. It's a win-win, right?

Not always. Some people -- like hotel officials -- think it could have adverse effects on business, and on service.

"You get into a very sticky situation in terms of unreported income," said Michele Marsee, director of sales and marketing for the Plaza Hotel and Casino in Las Vegas. "That is not a policy of the hotel to ever encourage that kind of thing."

Marsee wouldn't confirm or deny that she had ever seen the $20 trick in action, but she had heard of it.

"In the hotel business, people will tip to get a lot of things," Marsee said. "In any business people will try to buy their way into something."

It's true. Bribery, or tipping for extra services, may not be as ubiquitous in the United States as it is in some other countries, but it has definitely worked its way into American culture. (Think Elaine in Seinfeld trying to bribe the Chinese restaurant hostess for a seat, or Lily in How I Met Your Mother slipping $100 to the bartender to make sure she always had a drink in her hand.) And the $20 trick is right there with it.

Multiple websites such as Frontdesk Tip and The Twenty Dollar Trick are dedicated to explaining how the trick works, there is a Facebook page dedicated to the practice, where people can post about their successes with the trick, and dozens of travel bloggers have discussed it.

The consensus? The $20 trick tends to be pretty effective. Some front desk workers have even handed back the $20 and just given guests an upgrade for asking. The trick is mainly used in major metropolitan areas, but the most success has been found in Las Vegas. And travelers who have found that success certainly don't see it as a problem.

"Every time we've been to Vegas, we've given it a shot. We've had a little better than a 50 percent rate," said New York City-based Johnny Galbraith, who runs a finance blog with his wife called Our Freaking Budget. "Usually the 'upgrade' is a preferred location (Strip view) or renovated suite, but we've heard from readers of our site who have hit the figurative jackpot with penthouse suites."

Monica Bay, an analyst and lawyer based in New York City, has also found success with the trick. And she feels good about it, because as she says, "it's no secret that front desk folks aren't making very much money."

Bay first learned of the trick from the book Heads in Beds: A Reckless Memoir of Hotels, Hustles, and So-Called Hospitality by Jacob Tomsky.

"One of the big lessons of the book is how much power the front desk folks have," Bay said. "I've gotten better rooms, free breakfasts, free WiFi, faster service, free access to the elite lounges, later checkouts, etc."

Marsee said the Plaza teaches their receptionists not to accept the tips and suggest an upgrade option customers can purchase. But she also knows that hotel officials can only micromanage so much.

"You can only hope and train your agents to be of good ethics and do the right thing," she said, "but we are talking about human beings."