If we've accomplished anything here at the 2012 Speculatron in these first few weeks, we hope we've encouraged all of you to just chill out about the state of the 2012 presidential race. It's early! And not a lot of candidates have jumped into the race. But so what? Did you stupidly schedule a debate in May? Did you commit yourself to saying things like:

"One of the bigger political stories of 2011 -- outside of the Tucson shootings, the collective-bargaining battle in the Midwest and what's happening in the Middle East, of course -- has been the slow start to the upcoming presidential contest."

No. You probably did not. So just chill. Yes, the race has taken a decidedly weird turn. Paced by Donald Trump's reality-teevee campaign for something, the discourse has skidded into a ditch of birther lunacy. And this, in turn, has led Joe Klein to declare a state of "American embarrassment." But why is "America" implicated in this? Seems like we're just talking about the same old people who have always embarrassed us -- candidates for higher office.

And let's just agree that no matter how embarrassing it may be, it doesn't count because it's April of 2011. The real-deals are still drifting around the edges of the campaign. And I promise you, the fact that the campaign conversation has been so strenuously degraded is something they see as a good thing. It can even get worse, if we let it, and why not! The good news if you're a Tim Pawlenty or a Mitt Romney is that if you just appear on the scene and behave semi-seriously, you'll instantaneously elevate the discourse. You'll be seen as a hero to semi-sane people.

All I can say is that this is all working out GREAT for Buddy Roemer, who isn't saying anything to anyone -- he's just sort of being a quiet, pleasant guy in a Winnebago. To find out more about what's been going on in your 2012 campaign, please feel free to enter the Speculatron for the week of -- ha, ha! -- appropriately, April Fool's Day. 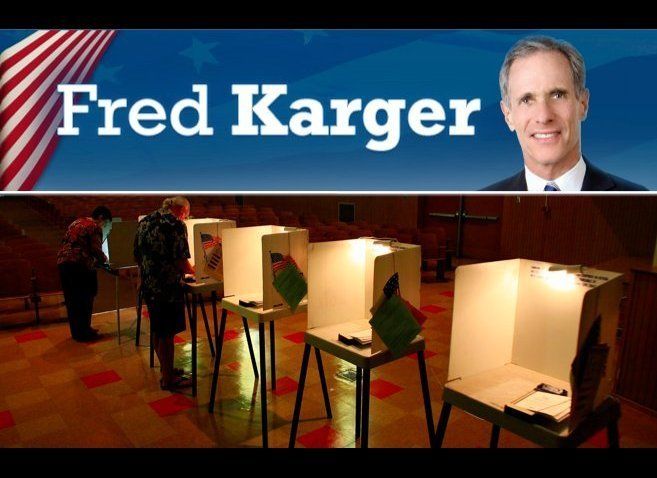 1 / 2
Fred Karger
So, last week, Fred Karger actually became the first person in the GOP field to officially enter the Presidential race. He is, naturally, the longest of shots to take the nomination, but we appreciate his pure moxie, and -- memo to Joe Klein, if you're interested! -- we note that Karger has not descended into the open trench of birtherism and paranoia that many of the other avowed contenders have decided to splish-splash around in, like children. And you know what? Maybe someone noticed Karger, <a href="http://politicalscoop.wmur.com/karger-wins-saint-anselm-straw-poll" target="_hplink">because he actually won a straw poll this week</a>! California gay rights activist Fred Karger won a straw poll of potential presidential candidates at St. Anselm College Thursday night. Karger, who was the only potential candidate to address the group, has made college campuses a central part of his budding campaign so far. Karger received 79 votes out of 322 ballots cast for 16 candidates. Finishing a close second with 74 votes was former Massachusetts Gov. Mitt Romney. It's some terrible luck that this story broke on April 1.