When the week began, political pundits were all a-twitter with the news that Mitch Daniels -- the guy who every conservative with a newspaper column had gravitated to for some reason as the person who would "save" the GOP primary field -- was not going to run in the 2012 primary. Probably because he thought David Brooks was creepy. But also because he didn't want his wife to be the focus of opposition researchers. And with that, many proclaimed the GOP field as being set.

And there was, as you might expect, much lamentation over the choices, despite the fact that when you looked at the field, it pretty much comprised every variety of Republican candidate you could name. It had technocrat capitalists (Romney) and well-known governors (Pawlenty) and throwback relics (Gingrich) and Tea Party kooks (Bachmann) and nutlog religious zealots (Santorum) and libertarian icons (Paul) and kindly RINOs (Huntsman) and a dude who made pizza-pies (Cain). What was the field missing? A guy who lactated pure Reagan blood? Who could command bald eagles into battle? Whose rough hands bore the burns of the fire in which Old Glory was forged? I suppose so. And apparently, Mitch Daniels was capable of doing all of these things. (He was also capable of helping President George W. Bush create big deficits!)

Nevertheless, those lamentations rung out across the land, pinging from city to town, sounding out across every alley and byway, resounding in every hill and valley, until they reached the ears of one very special 2012 prospect. Some call her Trixie Klondyke. Some refer to her only as the Snowbilly Grifter. The rest of us know her as Sarah Palin -- one-time vice presidential candidate, some-time Alaska governor, full-time troller of the Internets.

Palin, as reliable a producer of political pseudo-events as ever there was, started making some very loud presidential noises. And she announced that she was going on a bus tour of the East Coast. And a million political reporters suddenly had to cancel their plans for Memorial Day. Does any of this mean that she's running for President? No, but consider this: None of this doesn't mean that she's not running for President either. So ponder that.

Beyond all that, new polling numbers came out and revealed that even though Mitt Romney and Palin were still the frontrunners, Herman Cain was starting to gain traction. Meanwhile, Newt Gingrich saw his standing free-fall after last week's epic Seven Days Of Failure. Rick Santorum and Michele Bachmann continued to dance around making an announcement. Tim Pawlenty tried to get some attention. And the field still stirred for a savior -- Rick Perry perhaps? Thad McCotter? Paul Ryan?

Could YOU be the candidate the GOP is looking for? If you think you are, email me your resume and I'll pass it along to Reince Priebus or something! In the meanwhile, please feel free to enter the Speculatron for the week of May 27, 2011. 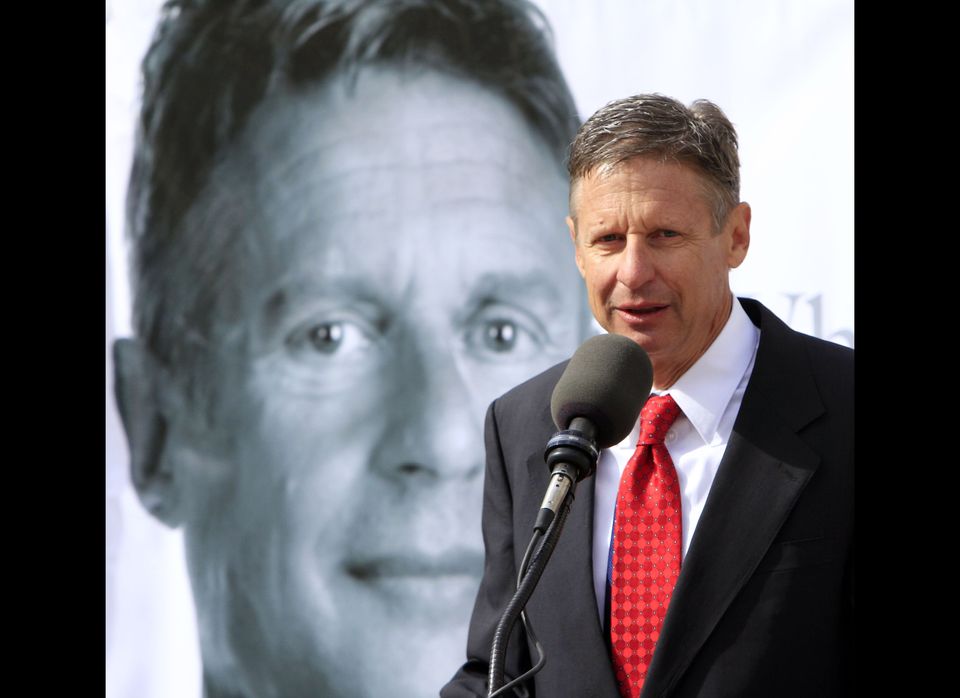 1 / 7
Gary Johnson
Gary Johnson's week began with picking up and moving on after the wreckage of his rescinded endorsement from Willie Nelson. Raw Story's Sahil Kapur reports that Johnson is <a href="http://www.rawstory.com/rs/2011/05/20/gary-johnson-laughs-off-willie-nelsons-un-endorsement-it-is-what-it-is/">pretty mellow about the whole deal</a>: Former New Mexico Republican governor Gary Johnson wasn't fazed after musician Willie Nelson un-endorsed him for president in 2012. "I didn't expect anything going in there. I do think the world of Willie Nelson. I'm a really huge fan but I wasn't expecting anything," Johnson told Raw Story in an exclusive interview, laughing and sounding somewhat amused. "I was kind of surprised that he would have endorsed." [...] "Willie Nelson aside, I've always openly wondered why any celebrity would endorse any political candidate because there's just no upside to it whatsoever," Johnson quipped. "But in this case he does have the Teapot Party and the Teapot Party's main issue is legalizing marijuana, so I thought I understood his reasons for endorsing, and welcomed it. I thought that was terrific." <a href="http://www.politico.com/blogs/bensmith/0511/CATO_officials_werent_riveted_by_Pawlenty.html">This Ben Smith item</a> contains the intimation that Johnson's candidacy has gone over well with the folks at the Cato Institute, but that's not nearly as cool as Willie Nelson's approval. Unlike Nelson, an endorsement from Cato has never gotten anybody laid in the history of that organization. Johnson was a celebrity guest on the long-running NPR game-show "Wait, Wait, Don't Tell Me," which, you know, is widely known for being a vital outreach organ to millions of libertarians, right? I haven't gotten a chance to listen to Johnson play the "Not My Job" game, but my wife listens to the podcasts and reports that Johnson was completely delightful. <a href="http://www.npr.org/2011/05/21/136501010/presidential-hopeful-gary-johnson-plays-not-my-job">Listen by clicking here</a>.