Among the dazzling variety of fiction and documentary offerings at the 2016 Jerusalem Film Festival (July 7 - 17), women seem to be dominant figures. Whether it's the protagonists or the directors that are female, movies such as Harmonia (Israel), Agnus Dei (France/Poland), Julieta (Spain) and Aquarius (Brazil) focus attentively and sympathetically on women. 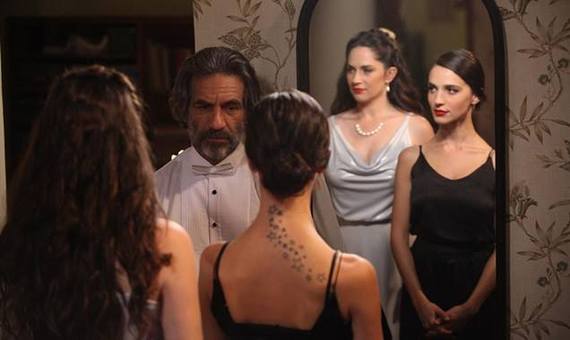 Harmonia is an elliptical modernization of the Biblical tale of Abraham's sons, Ishmael and Isaac. Hagar (Yana Yossef), a French horn player from an Arab family, auditions for the Jerusalem Philharmonic. Its charismatic conductor Abraham (Alon Aboutboul) is married to the renowned harpist Sarah (Tali Sharon), who has suffered miscarriages. Hagar's offer to be a surrogate for Sarah reflects the women's own deep connection. Unlike Genesis 16, however, the film does not end in exile and disunity. Instead, director Ori Sivan uses music as the connective tissue of peace.

Agnus Dei (released in the US as The Innocents) is a mutedly powerful French-Polish drama set at the end of World War II. In a convent during winter resembling that of the Polish masterpiece Ida--and also starring Agata Kulesza (who played the cynical Communist aunt)--nuns are put to a poignant test. A French Red Cross doctor (Lou de Laage)--based on the Resistance heroine Madeleine Pauliac--ministers to them.

Directed by Anne Fontaine, the film demonstrates how war, religion, and medicine share a hierarchy that depends on obedience to someone in charge. But it explores resistance from the ground up, through both Mathilde and a brave young Polish nun named Maria (Agata Buzek). 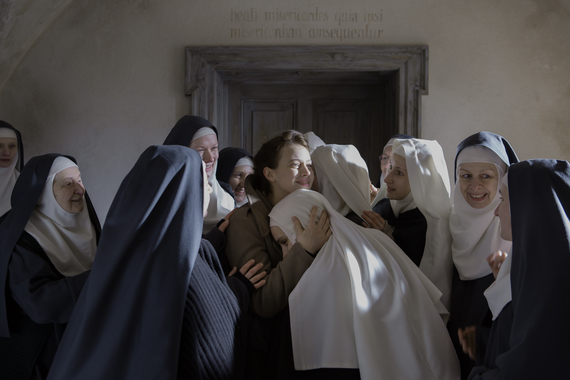 Julieta, the latest film of Pedro Almodovar, was the opening-night selection, screened outdoors at the 5000-seat Sultan's Pool. Based on three Alice Munro stories, this compelling melodrama boasts fine performances by the two actresses who play Julieta. Emma Suarez is the older title character, whose daughter disappeared 13 years later, refusing to have contact with her. Flashbacks reveal how the young Julieta (Adriana Ugarte) meets a handsome fisherman on a train: she and Xoan become lovers, and soon Antia is born. But in this high-toned soap opera, death looms large. 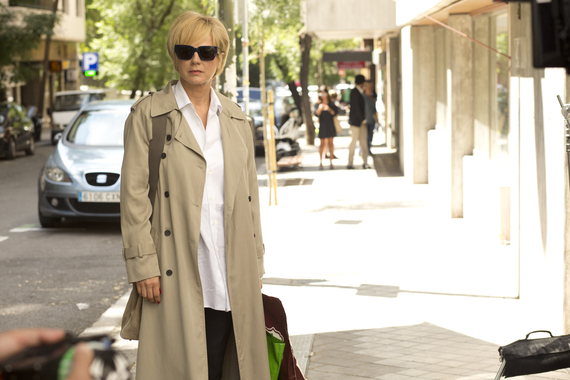 Aquarius, the second feature of Brazilian director Kleber Mendonça Filho, celebrates the riveting Sonia Braga as strong, independent Clara. Forty years after starring in Dona Flor and Her Two Husbands, Braga is now a beautifully mature 65-year-old, her long black hair still abundant. A widow, Clara lives on her own in the lovely beachfront apartment of her youth. Although a corporation is forcing all the tenants out, she refuses to sell. Self-possessed, and enjoying her possession, Clara is comfortable in her own skin as well as her home. A former music critic with a palpable love of music--whether it's on vinyl or downloaded--she is politely tenacious with her three grown children as well as the developers.

In addition, a wide range of documentaries at the Jerusalem Film Festival center on compelling and often complex real women. These include Bernadette Lafont, Harold and Lillian: A Hollywood Love Story and A German Life.

Bernadette Lafont, and Gd Created the Free Woman is an affectionate documentary about the French New Wave actress whose career spanned from 1958 to 2012. Director Esther Hoffenberg's voice-over accompanies images of the insouciant star who projected a love of freedom, as in Truffaut's Les Mistons as well as Such a Gorgeous Kid Like Me, Chabrol's Les Bonnes Femmes, and Nelly Kaplan's A Very Curious Girl. Interviews and images from her films capture the "joyful insolence" that entranced Hoffenberg.

Even if Harold and Lillian: A Hollywood Love Story is about a couple whose personal and professional collaboration fed into six decades of Hollywood classics, Lillian is the feisty onscreen narrator of Daniel Raim's touching documentary. Harold was a storyboard artist and production designer; she was a research librarian, a pre-Google trove of knowledge. Together, they worked on hundreds of films including Reds, The Godfather 2, The Ten Commandments, The Apartment, The Birds, Who's Afraid Of Virginia Woolf?, The Graduate, Rosemary's Baby, Fiddler On The Roof, Scarface, and Full Metal Jacket.

In a much darker register, A German Life centers on Brunhilde Pomsel, who was the secretary of Joseph Goebbels. Aged 103 years old at the time of the interview, she is avowedly apolitical, alternating between self-serving memories and a sense of guilt. (She was imprisoned by the Russians at the end of World War II.) In this work by four Austrian filmmakers--Christian Krönes, Florian Weigensamer, Roland Schrotthofer and Olaf Müller--extreme close-ups of her are cross cut with archival footage.

The result is a contrapuntal fugue between official images--all well identified in terms of their source (many of them staged propaganda)--and a personal voice. "He was a good actor," she recalls about Goebbels, who was Hitler's Minister of Propaganda; he appeared to her as not only elegant but "a raging midget."

Finally, a superb documentary like The Last Laugh is not only directed by a woman, Ferne Pearlstein, but anchored by the perspective of a female survivor, Renee Firestone. While the subject is whether the Holocaust can be treated comically, it's Firestone's own joie-de-vivre that sanctions humor as a survival tool. (She acknowledges, "Humor is the only thing the Nazis don't understand.")

The film distinguishes between satirizing Nazis--which has been acceptable for decades--and using the Holocaust for humor. (Mel Brooks exemplifies revenge through ridicule on camera by displaying the difference between using a short comb as a mustache for Hitler, and a long comb to represent Stalin.)

With Theresa May as England's new Prime Minister and Hillary Clinton poised to become the next US president, perhaps the 2016 selection reflects how female empowerment at the Jerusalem Film Festival is a political as well as cinematic phenomenon.