What was the best book published in 2013 in each of the genres of poetry, fiction, and nonfiction with the best claim to become a book for the ages? 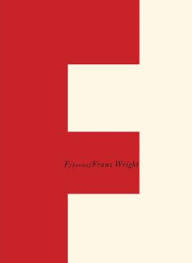 F is the culmination of Franz Wright's life work, arguably the greatest book of poetry by an American since Robert Lowell and Sylvia Plath's heyday. I could make the case that this book will outlast nearly everything else being published in American poetry these days, and will emerge as the standout book of the era when all is said and done. Wright deals here with mortality in a direct and sincere manner few other poets today can match. After reading Wright, the faux hysteria of most contemporary poets when it comes to grief, mourning, and allied emotions appears almost juvenile by comparison, whereas every word in Wright's poems is fully earned, leaving no doubt about the poet's reservoirs of courage and honesty. This, at last, is the answer to what comes after the alleged end of lyric poetry: not the gamesmanship of conceptual poetry and associated mannerisms, but a lyric poetry so illuminating and forthright that it turns the whole tradition of the last 100 years--say, since Rilke--on its head. Nobody but nobody deals with death like Wright. He is our greatest contemporary poet.

Excerpt from "Entries of the Cell" (the longest poem in the book and one of the great long poems of our time):

There are spots in the sea, depths where light ceases to penetrate,
a painless, dreamless and shatterproof sleep holy to horrible
workers: the ones who'll appear in our place after we've fallen
storming the walls of the Kingdom.
If I tell you her breasts are two small blind pink dolphins who live
unmolested, in eternal delight, in some unnamed river of South
America, what are you going to do about it?
And what's it about, all the dissension over God.
The word God.The word tree has put no leaf out yet.

2. Mohsin Hamid, How to Get Filthy Rich in Rising Asia (Riverhead).

Hamid's The Reluctant Fundamentalist (recently made into a brilliant movie by the always versatile Mira Nair) remains one of the most important novels of the first decade of the 21st century. His new novel can be seen as the concluding act of a trilogy that began with Moth Smoke in 2000. Everywhere in Asia -- Hamid's setting in this novel is his native Pakistan -- class relations are in tremendous flux, and modernity is ascendant, but at what cost to human happiness? What is the depth of the transformation under way? What is the price of joining the club of wealthy nations? Making virtuosic use of the second-person point of view throughout this novel, Hamid implicates the reader in the new ethics of prosperity spreading across Asia like a relentless virus. The self-help mode is mocked by an unabashedly strong narrator, while some of J. M. Coetzee's most resonant allegorical work is evoked in this nearly flawless third concise novel in a row.

What we do know is that information is power. And so information has become central to war, that most naked of our means by which power is sought. In modern combat, the fighter pilot, racing high above the earth at twice the speed of sound, absorbs different streams of information with each eye, radar reflections and heat signatures with one, say, and the glint of sunlight on distant metal with the other, a feat requiring years of retraining of the mind and sensory organs, a painstaking human rewiring, or upgrade, if you will, while on the ground the general sees his and disparate other contemporary narratives play out simultaneously, indeed as the emerging-market equity trader does, and as the rapid-fire TV remote user and the multiple-computer-window opener do, all of us learning to combine this information, to find patterns in it, inevitably to look for ourselves in it, to reassemble out of the present-time stories of numerous others the lifelong story of a plausible unitary self.

3. George Packer, The Unwinding: An Inner History of the New America (FSG).

If the AMC television series Breaking Bad captures the zeitgeist of the post-economic collapse better than any other television show or movie, then this book by George Packer captures the same weltanschaung better than any other text of the last decade. But it deals with more than the economic collapse, it takes us to the deep spiritual malaise that started at least forty years ago, and whose inexorable outcome is the sense of disillusionment and loss currently buffeting all our institutions. Packer does a heroic job of following the lives of representative Americans -- a North Carolina farmer-turned-alternative energy entrepreneur, a Silicon Valley libertarian, an African-American factory worker in Ohio -- over a number of years, charting their personal progress in response to shifts in national trends. Packer's book is deeply personal, often very emotional, as the palpable sense of things unraveling beyond anyone's control comes across on every page. His close adherence to the various stylistic innovations propagated by John Dos Passos in his landmark modernist work U.S.A. puts this book in a different league than the run-of-the-mill declinist lament.

On the last day of June, the day before their move, Danny and Ronale got new teeth. They drove with the kids to a walk-in dental clinic next door to a crack house in a bad neighborhood of East Tampa. Each of them had had infected gums and residual teeth that needed pulling, which took weeks, so that by the time they were ready to be fitted with new sets, they were completely toothless. "It's going to be strange," Danny said in the waiting room. "Daddy's going to eat a Dorito tomorrow. I haven't ate a Dorito in about eight years." He went into the dentist's office and emerged after half an hour flashing a smile of brilliantly white, perfectly even teeth, mostly paid for by Medicaid. The teeth made him look younger and less poor. Danielle sat in his lap and coached her father: "Say 'them.' 'Zebra.' 'Tycoon.' 'Dolphin.' 'Wal-Mart.'" Danny began to like the feel of his dentures. "I could get a girlfriend with these," he said, twitching his eyebrows suggestively.

________
Anis Shivani's recent books include My Tranquil War and Other Poems, The Fifth Lash and Other Stories, and Anatolia and Other Stories. His novel Karachi Raj is forthcoming in early 2014. He is at work on a new novel called Abruzzi, 1936, and a new book of criticism called Plastic Realism: Neoliberal Discourse in the New American Novel.