High school: A place where you spend four vital years learning, making friends, and finding yourself. I went to Archbishop Molloy, a Marist high school in Queens, New York. I loved my high school, I made the best of friends that I'm still close with today, I had great teachers who I still reach out to for advice and I learned lessons not only that I used inside the classroom but throughout the rest of my life. I credit my high school for helping shape me to be the person who I am today.

However, even though I loved high school, I wouldn't go back and do it again. Don't get me wrong -- I had a lot of great times and great memories, but there were also many days I spent stressing over the littlest things. I wish I could go back to myself at 14 and say, "A few years from now, none of the things that you spend time worrying about will matter."

Boys. My sophomore year of high school I remember many nights of sitting in my room, upset and listening to Taylor Swift's "Fifteen." It seemed like having a boyfriend was the best thing in the world, and I was never a part of that exclusive "I have a boyfriend club." I would see classmates having a boyfriend and I would think that having a boyfriend would magically make all my problems go away. Everyone was so happy in their relationships, that I felt like total loser for never having a boyfriend in high school. I can't believe I spent so much time wondering if a boy had noticed me.

Growing up, I realized that I wasn't going to find the love of my life in high school, and that having a boyfriend while I'm trying to focus on my grades would've just been a distraction. I also wasn't ready for a mature relationship and the long-term relationship that I wanted wasn't found in high school. The boys that I had crushes on totally aren't my type anymore -- it was just the idea of having a boyfriend that excited me. Don't let the thought of having a boyfriend or a significant other take you away from things that really matter. Also, once you're out of high school there are so many people out there who are waiting to meet you!

Fitting in. It doesn't matter what people think about you, I repeat: It doesn't matter what people think about you. I wanted every single person to like me, and only now do I realize, that's impossible. No matter how nice you are or how much you try, there will always be someone who doesn't like you. I cared so much about what other people thought about me, that I started losing who I was. I would shop at certain clothing stores because other girls in my grade were, or I'd want the latest technology because everyone else had it. It was when I started being honest with myself, 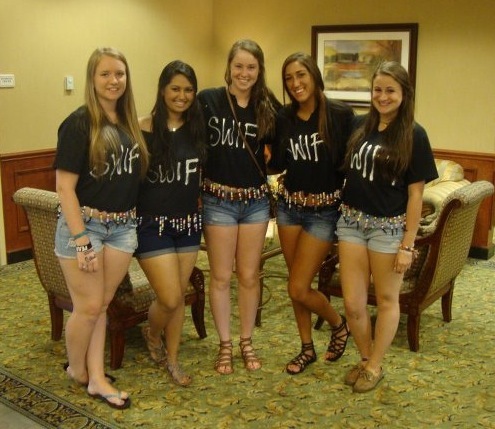 and showing people who I truly was that I started meeting people who liked me for who I was -- and not who I was trying to be. And eight years later, they are still my best friends who I road trip to go see Taylor Swift in concert with. Be confident in the person that you are, and you'll find people who like you for just being you.

Not getting picked for things. High school can be competitive, trying out for sports teams, leadership positions in clubs and comparing test scores. I remember that I didn't get picked for a leadership position in high school that I desperately wanted and I was devastated. I thought, "What's wrong with me? Why am I not good enough?" I would beat myself up over the fact that other people got this position and I didn't.

That leadership position clearly wasn't meant for me at that time. I was able to find another club in my high school that I absolutely loved, and if I had gotten the other position I wouldn't have ever even considered joining it. You may not get the spot on the sports team or get the highest test score in your class, or get that leadership position. But the good thing about high school is that there are a lot of other clubs you can get involved in, and if not, you can always start your own. This is something that stayed with me throughout my life -- that if I didn't get something that I really wanted, I would just say it wasn't meant for me and that something better is in store. 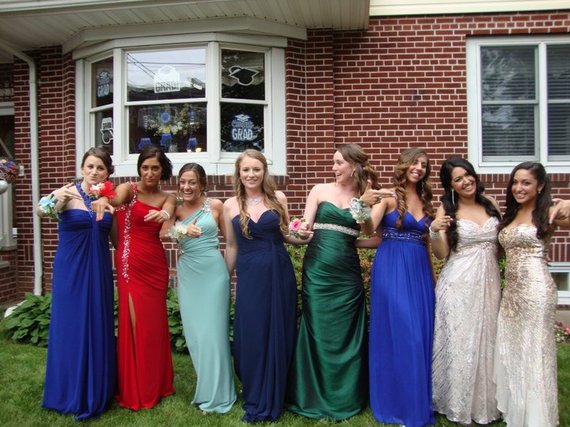 When I was in middle school I always thought high school was going to be like my favorite television shows like One Tree Hill, Laguna Beach and Degrassi. But rest assure high school was nothing like what I saw on TV and that's probably a good thing because the shows had a lot of drama.

Your high school experience is what you make of it. Meet as many people as you can, get involved and join a club, raise your hand and ask questions and most importantly, have fun. Your high school days are days that you will never be able to get back. It goes by pretty fast. One day you're nervous walking into the first day of high school and the next you're walking on stage to get your high school diploma.

Happiness Advice To My Younger Self