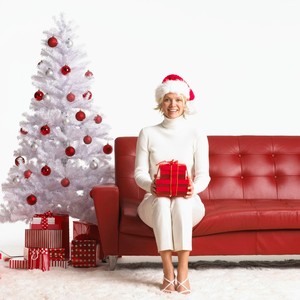 People want a lot of things for Christmas. If there were a Santa Claus, I would be asking for a fireplace for my new condo and a gigantic gift certificate to Design Within Reach. However, as there isn't a Santa Claus, I'm going to appeal to my readers as a person with bipolar disorder: Please, consider getting me, and everyone with a mental illness, these things for the holidays.

This holiday season, try to remember not only to give others something wrapped up beautifully under a Christmas tree, but also to give others who are not as fortunate as you are, with a healthy brain, a bit of your compassion. Because mental illness can strike anyone -- even you, your son or daughter, or your best friend. You wouldn't want any of them to suffer discrimination and prejudice for a condition that is not their fault and that they didn't ask for.

If you're looking for a way of expressing your understanding, look for a national mental illness charity or one if your neighborhood and make a donation. Or just start a stigma-free conversation about mental illness with the people you love.

Because we increase understanding and decrease prejudice and discrimination one conversation at a time.