We're in business to create huge value--for our customers and clients, our partners and teams and, of course, ourselves and our families. But the reality is that most entrepreneurs never create as much as value as they hope to. And even those who do a great job often find themselves unable to transfer that value into maximum personal wealth to fund the next chapter of their lives.

Why is that--and what can we do about it?

There's probably no one better to answer those questions than Carl Sheeler of Berkeley Research Group. For 25 years, Sheeler has worked with a who's-who of advisors to and founders of privately held companies on valuation, intergenerational planning, equity transfers with estate and gift tax issues, as well as partial and full liquidity events.

In short, he knows what works--and what doesn't--when it comes to building hugely valuable enterprises and realizing that value when the time comes. And as a litigation expert, he knows that poor communication and clarity leads to conflict and lost value.

I recently got to ask him for some of his best ideas for successful business owners looking to accelerate their success even further. Here are three key issues that he says every entrepreneur needs to consider when building and growing great businesses. 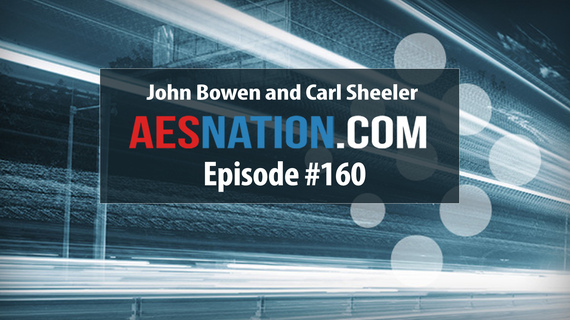 1. Growth versus gratification. Many entrepreneurs who want to generate revenues of $20 million or more often don't get past the $5 million to $10 million mark--while others reach their goals and even exceed them.

The reason is that the entrepreneurs who hit those big numbers focus on building long-term, sustainable value--while those who fall short tend to think about the amount of profits they need to generate in a given year to expand their lifestyles in the moment. It's the classic idea of delayed gratification, taken to a whole new level. "You wouldn't invest in a publicly traded company that didn't reinvest in itself, so why would you do that with your own primary asset?" says Sheeler.

To help entrepreneurs see the impact of focusing on long-term value creation, Sheeler takes them through a process whereby they identify where their companies are currently in their businesses' lifecycle--and whether or not that's where they want to be. "Some people are very happy running a lifestyle operation, and that's OK if it's what you want," he says. "But we'll show them what their companies could be worth if they choose a longer-view and holistic focus on building lasting value by changing a few things."

Example: Sheeler showed one business owner how, by using debt strategically to lower labor costs and other expenses, he could triple the value of the company in about a year a half. "That type of proposition is often sexy enough for owners to rethink their long-term vision for their companies."

2. The human capital ecosystem. If big-time value creation and liquidity is your goal, the first step is to determine if you've got the human capital resources to get you there. This is even more important than the numbers on your balance sheet. "The real differentiation between businesses is the people that they have internally in the organization, and the people that they work with," he says. "That old saying, 'It takes a village' cannot be over emphasized when you're trying to build value."

Getting value from the people around you can happen in ways you might not initially appreciate. Example: your vendors. "Talk to your vendors about your competitors' best practices. They're not going to give the name of specific businesses, but they might tell you that one of them successfully applies just-in-time management, which is allowing them to carry much less inventory and boost their cash flow," says Sheeler. "Insights can come from anywhere, if you take advantage of the human capital ecosystem around you."

Of course, that ecosystem of people needs to be ones who can actually help you accelerate your success to the extent you want to. That means surrounding yourself with people who have what I call an "enlightened self interest"--meaning they are motivated to help you because making your company more successful will generate more success for them. To make that happen and get everyone on board, you have to communicate your goals and priorities very clearly to them. Ultimately, you know you've got good people, partners, advisors, vendors and others if you come to think of them more like strategic partners who are the ideal fit and right there in it with you.

3. Humility versus hubris. One problem with being a successful entrepreneur is that we can start to believe we're always the smartest folks in the room--and surround ourselves with people who are all too happy to agree with us, especially, when there's a financial incentive to do so. That's a mistake, says Sheeler. "You'll do much better if you acknowledge what you don't know and then find the people who will tell you what you need to know," he says. "While egos like to be stroked, nothing shows love like a few more million in dollars. Facts are boring, but necessary to make smart decisions. Acting only on assumptions and gut feelings will get you into trouble when creating value."

Professional management is key. Indeed, just consider the thorny world of mergers and acquisitions--the vast majority of which fail to generate the synergies and additional value the parties involved expected. "Hubris among the guy negotiating the deal and the guy cutting the check plays a big part in that failure," notes Sheeler.

Give yourself the tools you need to accelerate your success like never before. Check out the insights, tactics and actionable strategies from today's top entrepreneurs at AES Nation.

Serial entrepreneur and host of the Accelerating Entrepreneurial Success podcast