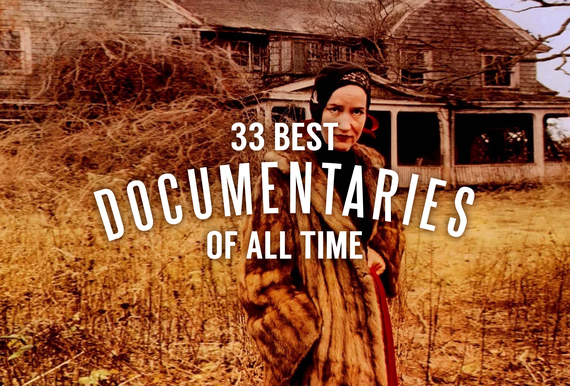 Documentary is not a genre, but an entire branch of moviemaking. So pitting diverse qualifying contenders against each other to determine the 33 best... well, that's difficult.

Have I included enough music docs (Don't Look Back, Gimme Shelter), foreign entries (Tokyo Olympiad, The Sorrow and the Pity), or issue-driven films (Super Size Me, An Inconvenient Truth)? I'm definitely missing great shorts and series (Night and Fog, Civil War, The Staircase, the Up films), as we've limited the list to features longer than an hour. And movies that mainstreamed the form, like Nanook of the North, The King of Kong, Crumb, The Endless Summer, Capturing the Friedmans, Paris Is Burning, Spellbound, Bowling for Columbine, The Times of Harvey Milk, and The Fog of War, did not make the cut.

What the titles ranked below have in common is that they are masterpieces of nonfiction storytelling, and you need to see them all: 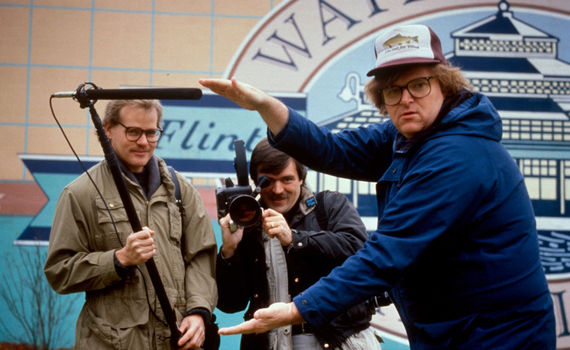 33. Roger & Me (1989)
Back before he was the most famous documentarian alive, Michael Moore could make a first-person-style investigative film where he was as much the subject as the issues he focused on, and the result was a brilliant mix of the personal and political. In Roger & Me, Moore's comically naïve hunt for the CEO of General Motors spotlights the harm being done to the city of Flint, Michigan by the shuttering of local auto plants.

32. Cave of Forgotten Dreams 3D (2010)
Including the 3D in the title above is important -- this movie is not the same in just two dimensions. Employing 3D for a virtual visit to the otherwise publicly impenetrable Chauvet Cave, Werner Herzog unearthed the next step in cinematic documentation, providing the proper depth perception for our guided exploration of geological shapes and textures -- at the same time presenting ancient cave-wall paintings as proto-filmmaking. We get the feeling of really being present in various periods, as if unstuck in time.

31. How to Survive a Plague (2012)
A history of the AIDS epidemic through the mid-1990s is obviously one of the most gut-wrenching films of all time, but this is a documentary that elicits as many tears of joy as tears of heartbreak because it chronicles a story of hope, determination, and ultimate victory. Comprised mostly of footage shot during the early years of the crisis, much of it by camerapeople who didn't live to see the film, the quest of organizations ACT UP and TAG to find better treatment for HIV and AIDS is experienced up close and personal through David France's archival-vérité approach.

30. The Battle of the Somme (1916)
There is some debate over what is the first feature documentary ever made, and this is my answer if I discount the straight recording of a sporting event and the full-on reenactments in early ethnographic films. Combining actual front-line trench footage with some wonderfully staged battle scenes, this controversial (yet extremely popular at the time) propaganda film captures the Great War as it's happening, and it was released quickly enough to have an enormous impact on British morale. Plus, this was the best-selling film in the UK for 60 years -- until the release of Star Wars. 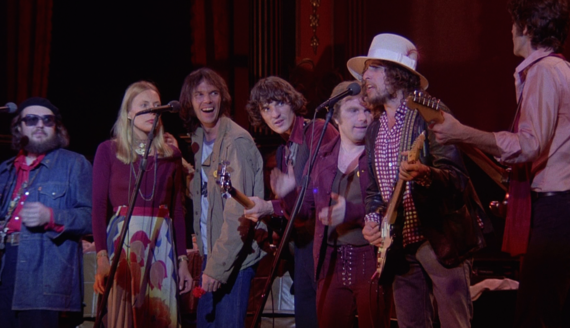 29. The Last Waltz (1978)
Seven years after taking part in the making of Michael Wadleigh's Woodstock, which itself is a remarkable concert film that sadly just missed a place on this list, Martin Scorsese directed a feature on The Band's 1976 farewell show that so perfectly contrasts against the previous decade's more free-form music docs. It's an apt representation of where music was going at the time, as it's almost epically overproduced, with all the legendary Hollywood craftsmen to be found in the credits upstaging, for some of us, the musicians appearing on stage and screen.

28. Symbiopsychotaxiplasm: Take One (1968)
Apologies to classics like Burden of Dreams and Hearts of Darkness, but the best documentary about making a film isn't tied to any completed movie. It's this multilayered, mind-bending experimental feature made by people who weren't sure what it was to begin with, which wound up too complex to explore in a single paragraph. Put simply, it's an acting exercise inside of a directing exercise inside of a production exercise, shot mostly on location in Central Park with almost too much transparency. I see and enjoy it on one level as a serious farce about the collaborative art, but that's just a single reading among many.

27. Paradise Lost: The Child Murders at Robin Hood Hills (1996)
Now primarily revered for how it eventually, along with its two sequels, helped to free three clearly innocent men, Joe Berlinger and Bruce Sinofsky's initial film on a horrendous triple-homicide case involving little boys in West Memphis, Arkansas, and the ensuing trial of the then-teenage suspects, is a pinnacle achievement in courtroom-focused true-crime documentary. But it's not a great film because of its impact. It's a great film because of its comprehensive documentation of a compelling story, which inspired viewers to actively participate in what happened next. 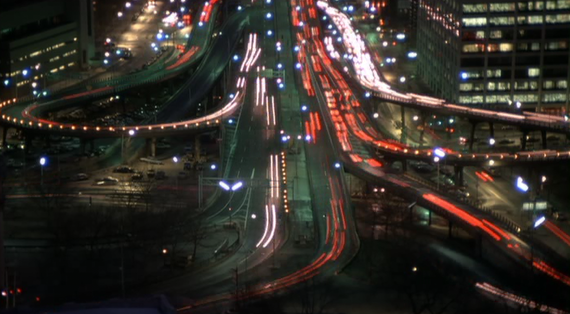 26. Koyaanisqatsi (1982)
A nonverbal, narrative-free film best known for its time-lapse cinematography and original score by Philip Glass, this too is the first of a trilogy (1988's Powaqqatsi and 2002's Naqoyqatsi followed). At the time, there had been nothing like it before -- and 35 years later, it's still a rare piece of nonfiction film art. Whether you wish to view it as a prescient work with an implicit environmentalist theme or just a trippy, meaningless montage of "life out of balance," it's a stunning spectacle that now also functions as a curious time capsule. Many other docs can be that, too, but this one is uniquely marvelous for its ambiguous motion pictures played at various speeds.

25. Waltz with Bashir (2008)
While hardly the first animated documentary, Ari Folman's Oscar-nominated feature attempting to recount his experiences during the Lebanon War is the best of its kind. It does a magnificent job of showing all that animation can do as a reenactment tool, depicting not just the actuality of events, but also the surreal nature of memory and psychological representation. Then he concludes the film with actual graphic footage of the devastating Sabra and Shatila massacre, hitting us with the realization that some parts of a story like this one need to involve photographic evidence.

24. The Arbor (2010)
It's constantly a disappointment how many biographical documentaries about artists fail to find an approach befitting their subject. That's why Clio Barnard's film about British playwright Andrea Dunbar is such a revelation. This highly original work employs the technique of "verbatim theatre," casting actors in the roles of the film's interviewees and having them lip-sync real people's words. Plus, it also stages parts of Dunbar's autobiographical play, The Arbor, in the courtyard of a housing project like the one she grew up in. There's truly nothing like it.

23. The Look of Silence (2014)
The stronger one of Joshua Oppenheimer's films confronting the mid-1960s genocide in Indonesia (the other is The Act of Killing) follows an optometrist as he meets and interviews the individuals responsible for the death of his brother, none of whom have been held accountable before. It sounds so simplistic, and at first it plays so serenely, then gradually, it builds into a powerful record of the candid confessions of men still considered heroes in their country. Another documentary about memory, this one focuses on the legacy of events that will soon only be in the hands and minds of a generation detached from and mistaken about the events of 50 years ago.

22. Chronicle of a Summer (1961)
Now that most documentaries seem to be first and foremost about their own making, this once-groundbreaking film by anthropologist Jean Rouch and sociologist Edgar Morin may not seem too special to modern audiences. Yet everything it says and does with its confrontational style -- man-on-the-street prodding about happiness, deep discussions with Parisians on important issues of the time, and glimpses of the subjects' own reactions to themselves on screen -- remains fascinating in its reflexive approach to provoked and observed truth. 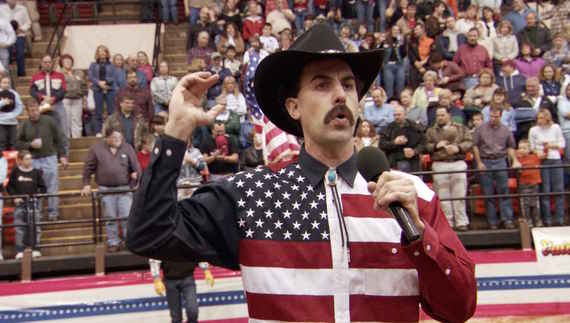 21. Borat: Cultural Learnings of America for Make Benefit Glorious Nation Kazakhstan (2006)
This nonfiction comedy, led by a fictional character traveling across the US, is more the speed of the modern crowd, in part because we expect humor in our news "reporting" and therefore also in our documentary films. As "Borat," actor Sacha Baron Cohen holds a mirror to America, and the truth is as ugly as it is hilarious. The old guard was clearly too focused on the idea that the observing camera hides the real truth of what is being observed. As it turns out, those observed will be most honest in front of a camera they think serves only some distant foreign audience.

20. Last Train Home (2009)
Lixin Fan's chronicle of a family torn apart gives us an extraordinary glimpse at the common plight of migrant workers in China. It is an incredibly absorbing film that contains a fluid mix of informative, observational, fabricated, and, in one powerful moment, quite provocative material. It's pretty much a perfect documentary, as it checks off every box for what a work of nonfiction cinema can do. We haven't gotten many docs yet this century that qualify for that level of distinction.

19. The War Room (1993)
The majority of political campaign films concentrate on the candidates, in part because they're a bigger draw. But this documentary from Chris Hegedus and D.A. Pennebaker (who'd worked on a kind of short precursor 30 years earlier, titled Campaign Manager) created movie stars out of James Carville and George Stephanopoulos, turning them into an unlikely attraction for audiences. It might not have been so popular a film if Bill Clinton hadn't become president, but either way, it'd still be a riveting look inside the workings of a fully charged political machine.

18. Grizzly Man (2005)
Herzog's best feature-length doc is a sort of forensic character study, an exploration into the mind and actions of bear lover Timothy Treadwell through his own footage, leading up to his and his girlfriend Amie Huguenard's deaths at the hands (paws?) of grizzlies. This stunning multi-tiered work, featuring running voice-over commentary from the director, turns nature documentaries on their head, and its significance has only grown greater following the release of Disney's nonfiction film Bears, which depicted real bears, filmed in the same place that Treadwell died, as cute, friendly, humanlike creatures. 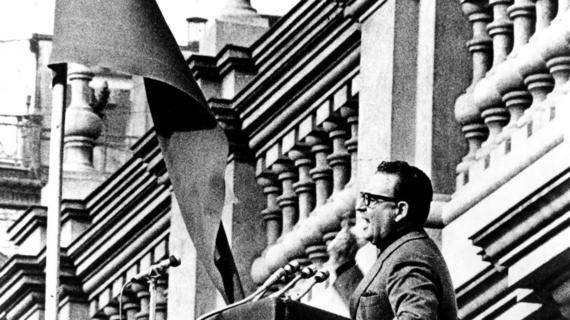 17. The Battle of Chile (1975-1979)
Today, every revolution is covered to an extreme -- but never excessive -- level. Mainly by social media and documentary films of all sizes, if not always the mainstream news outlets. But back when Patricio Guzman and his collaborators defined embedded and endangered documentary journalism with this three-part chronicle of the 1973 Chilean coup d'etat, it was an astonishing achievement. And not without its own casualties -- the first part ends with one of the most unforgettable shots in doc history: cameraman Leonardo Henrichsen filming his own death.

16. Portrait of Jason (1967)
As in painting, many of the best portraits done by documentary artists are those of otherwise unknown figures. Aaron Payne, aka Jason Holliday, is every bit as captivating as the Mona Lisa, and despite the presumed context you'd get from a film that's entirely made up of a single interview, he winds up remaining almost as mysterious a character. A hustler and performer by trade, he displays a somewhat manufactured, yet often very frank personality, but who knows how much of his highly entertaining stories are embellished? And as he gets more and more intoxicated as the interview goes on, how much of Jason -- an out-and-proud, sexually candid gay man at a time when that wasn't easy -- becomes buried or revealed as the film plays out?

To find out which documentaries made the top 15 of all time, get the full story at Thrillist.com!

14 Fascinating Documentaries to Watch on Netflix