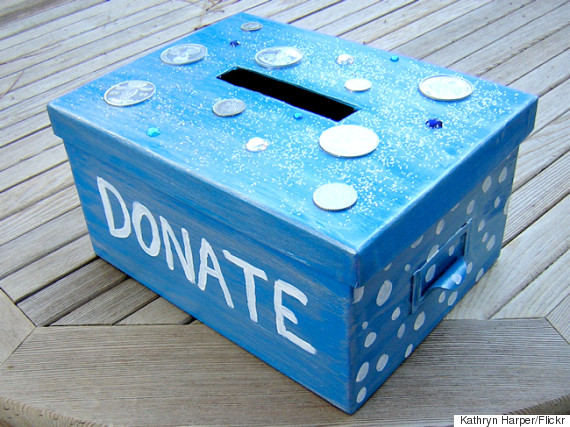 According to Charity Navigator, in 2013 individuals gave $335.17 billion to organizations with a mission of positive social impact. 64.5 million Americans (26.5 percent of the population) volunteered time to a social cause. Many of us have the desire to give, and a growing number are committing themselves to full time work within socially minded organizations. No matter how much time, money or energy someone invests into a nonprofit or charitable organization, project, or product, the common thread is a shared hope for producing as much good as possible. How can we ensure that our investments have the greatest impact and are not going to waste, or worse, resulting in unintended negative consequences?

Four simple but critical questions can help anyone, from an individual donor to the head of a social good organization, improve the outcome of their social impact investments. The four questions, posed by InSTEDD CEO Eduardo Jezierski, are elements of a systems thinking approach for social impact. This approach looks at "problems" as part of an overall system, rather than as a specific, stand alone aspect. By taking into account all possible outcomes and consequences, including those unintended or indirect, social impact investments can be insured the greatest impact.

While seemingly basic, even some of the biggest, most well funded social investment projects have overlooked the questions above, and subsequently experienced suboptimal results. The One Laptop per Child (OLPC) initiative is a prime example. A much hyped project to provide laptops to the poorest and most marginalized students, OLPC by its second year in 2006, had already generated $20 million in start-up investment and established sponsorships and partnerships with major IT industry players. It raised a total of $35 million in investment by 2007, but saw a 90 percent decrease the next year, and by the end of 2010 the OLPC organization reported it was out of money. In 2014, the laptop was officially discontinued. How does OLPC fair against the four questions?

- Was it needed? Schools in low-income areas had other, more urgent needs: student to teacher ratios were sometimes over 100 students to one teacher; they lacked basic assets such as clean water and sanitation; and children were coming to school hungry. A laptop was not the most pressing need to many of the schools where they were delivered.

- Would it work? Laptops arrived at schools with limited electricity, making it difficult to keep them powered. The in-house built operating system for the laptops was released with major bugs and glitches. Replacement parts and tech support for the laptops were unavailable locally, and even regionally for some schools, leaving many of the laptops inoperable after limited use.

- Would it get to those who need it? OLPC did not have a strong supply chain to deliver laptops to remote schools. It became so difficult, the head of the initiative even tried dropping them out of a helicopters.

- Would they use it correctly? OLPC produced innovative hardware, but had limited teacher training and curriculum components to go with the laptops. Without a lesson plan, the devices were seriously ineffectual.

Along with learning from those who faced hardship by ignoring the systems thinking questions, we can learn from those who are excelling at asking them thoughtfully. Kevin Starr, president of the Mulago Foundation speaks about how his organization asks specific questions to select its investments for social impact in his 2010 PopTech talk. Starr emphasized a set of assessments and measurement tools that make sure their investments get the biggest bang for their bucks.

By operating more like a philanthropic venture fund than a traditional charitable organization, the Mulago Foundation has been able to find and invest in promising early stage social impact initiatives with scalable solutions inside organizations that can deliver them. The Kickstart organization exemplifies Mulago investments, it has helped 167,000 families create successful new businesses and wealth with the Money Maker Pump -- a human powered water irrigation device that meets farmers needs, is simple to use, and has a local delivery and maintenance infrastructure. The water pump has been credited with lifting 840,000 people out of poverty.

At InSTEDD, the four questions are an effective means of anticipating and overcoming obstacles for new and emerging initiatives. Currently, the systems approach is being applied to the development of a connected diagnostics initiative, a game changing innovation in the fight against disease and deadly outbreaks. The potential to connect diagnostic devices to the cloud for rapid results and big data analysis is a tremendous opportunity that could save hundreds of thousands of lives by getting rapid diagnosis to the patient, and giving responders a real time perspective of the geography and severity of disease outbreaks. The 2014 Ebola outbreak peaked during the evolution of the connected diagnostics initiative, and prompted InSTEDD to use the event to explore effectiveness of the response with systems thinking assessments. The assessment revealed three areas where we can better prepare for the next outbreak and uncovered the need and potential obstacles for the connected diagnostics initiative.

The four questions for better investing in social impact are a starting point for analyzing a single investment donation, but can also be part of an ongoing and iterative process for an organization to increase its impact.

Are there other questions that you think are fundamental to maximizing social impact? Do you want to learn more about the systems approach to social impact and the role of Labs in the approach? Read the stories of system thinkers in LabCraft, the book.