It was in the summer of 2002 that we first decided to move abroad. The kernel of an idea was already there but, during those months, we began to grow an idea into reality.

One year later and our first stop was Vancouver, Canada, where I turned my back on the corporate world and returned to student life. It was tough going but got easier as time went on.

And we moved on.

To Ottawa and a job with the government, a new set of friends, our first Canadian house and a more settled way of life.

But we were young and we grew restless.

With the quest for travel and adventure still burning in our hearts, we quit Canada in search of long hot summers and a more laid-back lifestyle. Our next move took us to the beautiful harbor city of Sydney, Australia.

I've tried to live my life to the fullest.

Because living abroad is one of the most satisfying and challenging things a person can do. It altered the core of who I thought I was and who I am now. Living abroad changed me.

And there are four ways it will also change you. Forever. 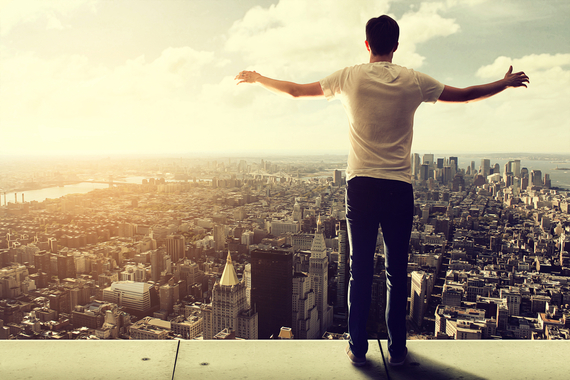 1. You're not the same person you were.

Living abroad is one of the most profound undertakings a person can make.

You don't change job or move house, you do that and more. The scenery changes outside your window along with everything and everyone you once knew. The impact on you is huge.

You might not realize it immediately but one day you'll see it for what it is. You grew, evolved and moved on. You faced setbacks and dealt with them on your own. You overcame obstacles, beat back the naysayers and you have the scars to prove it.

Some scars are good, some are bad, but nothing can ever be the same.

Things that were once important no longer matter. Things that didn't seem important before now matter more. The value of friendship is paramount. Familiarity is a forgotten concept and you don't take anything for granted.

The act of moving abroad made you realize that "things" don't equal happiness. In fact, you start to redefine your original idea of success.

You learned about you.

You are different now. You changed.

2. You can never go back home.

You could if you wanted to but it won't ever be the same.

While you experienced adventures at breakneck speed and your world slowed in order to incorporate them all, life at home carried on as before. People went to work, they did the groceries, they holidayed, they had birthdays, they got married, they changed jobs and they moved house.

And while everything appears to have stayed the same, the truth is that life moved on without you.

This is a huge price to pay with moving abroad. You can have the adventures and the experiences but you can't have "them." You're missing everything from the life you had before and all you can do is watch from the sidelines as people carry on.

At some point, you realize you couldn't go back even if you wanted to.

Some have tried and succeeded, others have failed. The problem is that your former life moved on, you moved on, and all the time you both moved apart.

Over time, phone calls drop off, emails are less frequent, contact lessens. You'll never lose your friends and your family will always be family. But you'll matter less to them and they'll figure less in your new world.

It's a harsh reality so face up to it. Or go back while you still can.

The moment you set foot abroad, the world grew in size.

New sights, smells and sounds opened up before you. The boundaries of your former life pushed out. The addiction to exploration became a permanent fixture.

And now there's no turning back.

You always knew the world was this big but only when you stepped upon its far-flung corners did you realize just how big it is. How amazing it is.

Knowing this, marveling at its size and scope, how could you ever give this up? The answer is that you won't. You can't.

Living abroad encourages independence and responsibility. It builds respect and an opportunity to appreciate everyone and everything around you. These lessons stay with you and shape the person you become.

Embrace the scale of what you're doing. Rejoice in it.

Because it's all good.

The hardest part was leaving. Now that you've left, anything is possible.

Remember that you changed and the old "you" is a distant memory. Think about what you can do now and what you achieved.

You proved you can live abroad - and you survived.

You went for it and followed your dreams. Yes, you opened Pandora's Box and you'll not be able to close it but you're a happier, more content, less restless version of the former "you."

And finally you're free.

You ditched the creature comforts and made a life for yourself thousands of miles from home.

So pat yourself on the back, allow yourself a satisfied smile and get back to doing what you do best.

How has living abroad changed you?

Russell shares his take on living a fuller, more active and meaningful way of life at InSearchOfALifeLessOrdinary.com. Become a subscriber here. You can also find him content writing for business and brand at TheInternationalWriter.com.