Eat in style and to your heart's content at these legendary buffets.

In America, we believe that it's our God-given right to eat as much as we want, whenever we want to, and all-you-can-eat buffets are the perfect manifestation of that ethos. Thankfully, there are plenty of great places to live out that dream, and we've tracked down America's 10 best.

There's something about an all-you-can-eat buffet that makes us feel like kings. Having an unlimited amount of food at our disposal has been a goal of humans for thousands upon thousands of years, and achieving that goal by simply forking over some cash and grabbing a plate satisfies us in an almost primal way. With grumbling bellies, we plan our strategy and commence the feast.

Tackling a big buffet (the kind you find in Vegas-) isn't just a culmination of human evolution, it's an inner battle of endurance, and approaching one correctly can be an art form. Load your first plate up with starchy gut-busters like macaroni and cheese and you may hit the wall before you're done with plate number two. But if you start with, say, crab legs, shrimp cocktail, oysters, some sushi, and salad, you'll still be hungry for what's to come and will have also knocked off the loss leaders, which are usually the most expensive items (and will have saved room for prime rib, of course).

No matter how you tackle an all-you-can-eat buffet, you're guaranteed to leave full, satisfied, and maybe a little ashamed of your stomach capacity. But anything in moderation is fine, and buffets like these are something everybody should experience.

In order to assemble our ranking, we started by rounding up existing best buffet rankings both in print and online (including ones we've done ourselves), and added on many buffets that have garnered local acclaim but haven't been recognized in any national rankings. We then judged them according to food selection, décor, price point, whether they include all-you-care-to-drink options, and variety. The buffets included in our ranking run the gamut from Sunday-only extravaganzas to Las Vegas and Atlantic City palaces, from old country smorgasbords to classic Chinese buffets. But no matter the style of food served, these buffets all have a couple things in common: They're attained legendary status, and there's absolutely no way you can eat there and go home hungry. Read on to learn which 10 buffets are America's best. 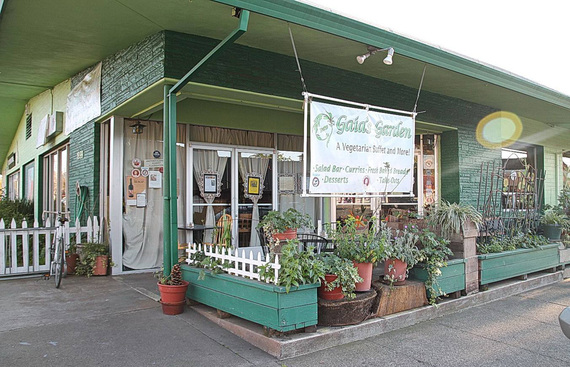 The restaurant even looks healthy from the outside.

Gaia's Garden is one of the best vegetarian restaurants in Sonoma County. It's an international vegetarian buffet, serving delicious curries, soups, homemade breads, fresh salads, desserts, chai, and more. Rotating dinner entrées include lasagna, quiche, enchiladas, coconut tofu, stuffed cabbage, and eggplant Parmesan. None of the items here contain artificial colors, flavors, corn syrup, hydrogenated oils, nitrates or nitrites, or dough softeners, and breads are baked in house daily. Not only is this one of the best buffets in the country, it also very well might be the healthiest. 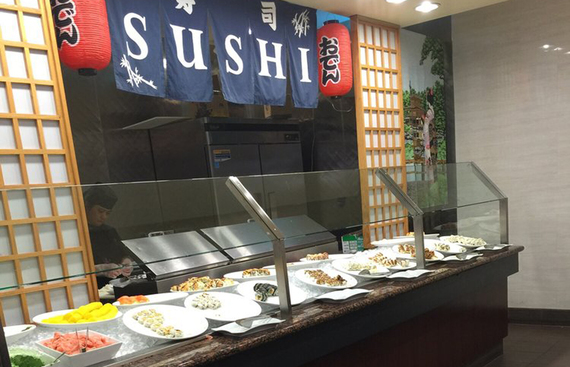 Sushi is just one component.

The Chinese buffet is usually somewhat of a toss-up; you tend to get what you pay for, and as they're usually very inexpensive, the quality tends to be hit-or-miss. Not at King Buffet in Los Angeles, though: Even though it costs only $8.99 for lunch and $13.99 for dinner, the food is delicious and is constantly refreshed by attendants. Dozens of items are available, including several varieties of fried rice, coconut chicken, beef and pork ribs, baked salmon, orange chicken, Mongolian beef, baby clams with onions, pork dumplings, crab legs, shrimp cocktail, sushi, egg tarts, and peach buns. It's the Platonic ideal of a Chinese buffet, and it's the best there is. 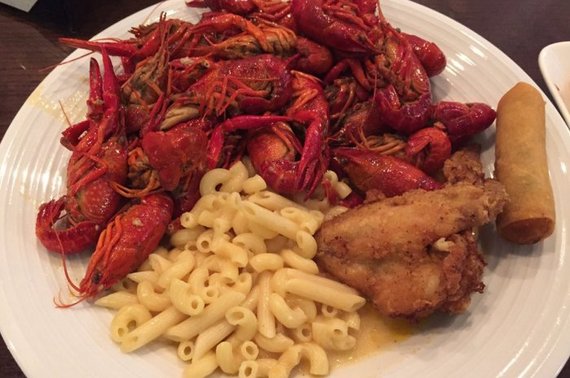 Every casino-hotel in Atlantic City boasts a buffet, but the one at the Borgata just might be the best. The Borgata is the largest hotel in New Jersey as well as the top-grossing casino in Atlantic City, and the buffet is reasonably priced and really has something (multiple things, in fact) for everyone. The meat section alone is worth the price of admission, with options ranging from sirloin steak and prime rib to grilled chicken, beer-braised pork belly, barbecue pork ribs, and pork chops. The seafood section is also expansive, with fried snapper, mahi mahi, salmon, clams, sushi, shrimp cocktail, and seafood pasta. Rounded out with a selection of Italian dishes, Chinese food, burgers, fried chicken, and macaroni and cheese as well as surprising finds like roasted marrow bones, this is a buffet that's impossible to dislike. 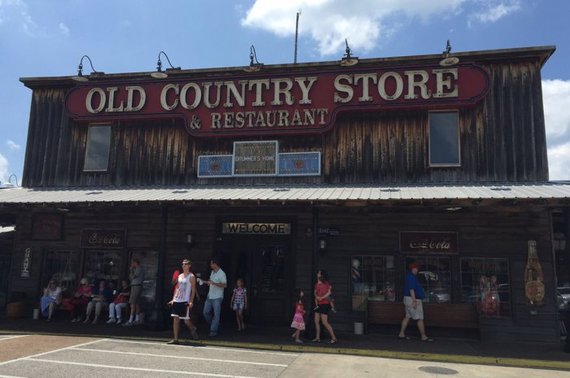 Picture in your mind's eye your best approximation of what a place in Jackson, Tennessee, called Brook Shaw's Old Country Store would look like. Weathered wood, front porch, antiques on the walls, and plenty of home cookin', right? You got it. Open nearly every day since 1965, the buffet at old-fashioned "whistlestop" Casey Jones Village serves a huge selection of country favorites, like country ham, turnip greens, cracklin' cornbread, chess pie, fried chicken, sweet potato casserole, pulled pork, fried catfish, pickled okra, ribs... If you're a fan of down-home country cooking, Brook Shaw's is a must-visit. 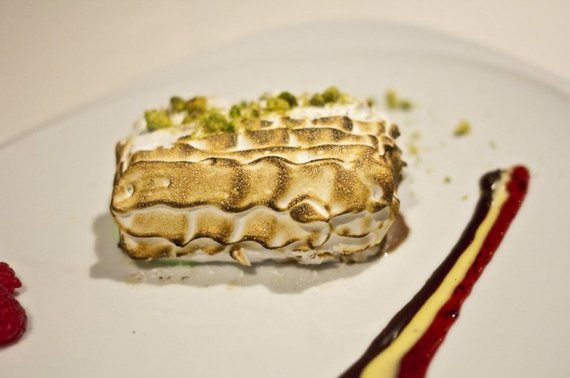 More Content from The Daily Meal:
Never Do These 10 Things at an All-You-Can-Eat Buffet
8 Awesome Buffets That Can't Be Missed
This 1 Buffet Rule Will Make Your Wallet (and Your Stomach) Happy
Buffet Restaurant Measures Kids to Determine Meal Price
The Art of the Buffet: Fewer Dishes, Bigger Party