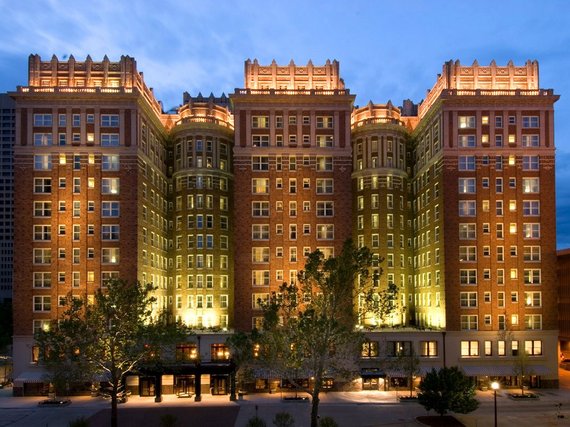 Spend your Halloween in New Orleans, New York City, Salem, and more of the spookiest cities in America.

Where Halloween is concerned, Philadelphia offers the best of both worlds. First, there's Henri David's annual party--a fantastical, over-the-top soiree hosted by the jeweler and local celebrity that's more style than scare (tickets are reduced by more than half for those who show up in costume). For a fright, head to the Eastern State Penitentiary. The now-abandoned prison is considered one of the scariest places in America, and offers a night tour aptly called Terror Behind the Walls.

New Yorkers err on the quirky when it comes to Halloween--puppeteers and a marching band are the stuff of the Village Parade, and the Tompkins Square dog parade might be the most popular event in town. But the city has no shortage of ghoul, the most grotesque of which might be Blackout, an immersive experience that renders visitors victims to the torments of some rather sadistic hosts.

The spot of the famed hunts in Massachusetts is delightfully hokey, with witch museums, trial re-enactments, and magic shops abounding on any day of the year. But Halloween in Salem is particularly festive--there are ten walking tours and six haunted houses in this small town, and nearly 20 costume parties ranging from '80s prom to steam punk.

A long history of voodoo, a roster of haunted spots, and an infamous party scene make New Orleans an obvious spot for All Hallows' Eve. Make The Myrtles Plantation (rumored to have over a dozen ghosts) your home base for a crawl of the area's haunted bars, or skip the scare altogether for the Voodoo Music and Arts festival or Halloween New Orleans's Descent--a party benefiting Project Lazarus, a local charity.

If being chased around mazes by clowns, vampires, and the un-dead is your idea of a good time, then you'll want to secure tickets to Halloween Horror Nights at Universal Studios. There's also much to scream about at Griffith Park--think hay wagons chased by zombies and a "Temple to the Apocalypse." But the biggest treat in town might be the yard haunts--Hollywood set designers and industry veterans spare no expense where decorations on their front lawns are concerned.

See the rest of The Best Halloween Cities in America on CNTraveler.com

10 Creepy Haunted Hotels Around the World

The 25 Most Colorful Places on Earth