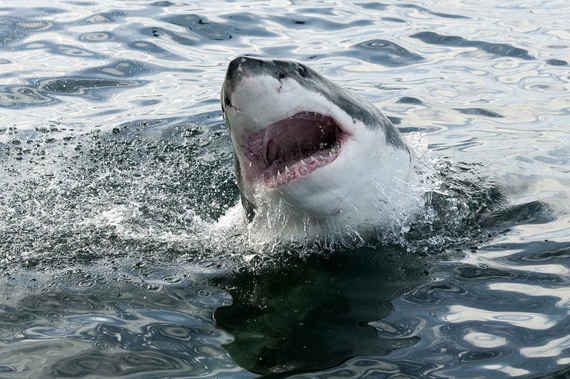 Although Shark Week 2015 concluded last month, a wise man once said you should live every week like it's Shark Week. That man might've been Tracy Jordan, but he has a point. And since it's still summer, we thought we'd close out the season with some insane shark attack tales that might just scare you off the shore. The stories go all the way back to 1749, but the most recent one happened, like, four weeks ago. We included an international coastal lineup, because we're all about equal opportunity nightmares here at Thrillist. 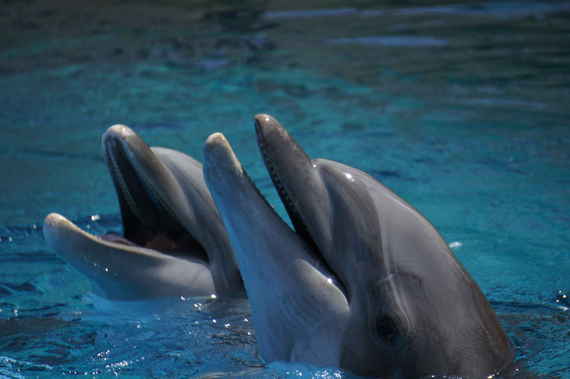 The Dolphin Defenders
The story: Technically, this is the tale of a thwarted shark attack, but it's still pretty insane. Rob Howe, his teenage daughter, and two of her friends were swimming about 300 feet from New Zealand's Ocean Beach when seven dolphins sped towards them. The animals formed circles around Howe and the girls and aggressively slapped their tails against the water. Howe wasn't sure what was happening until an opening appeared for a second and he spied an unmistakable great white shark. The dolphins maintained a shield around the group (all lifeguards, incidentally) for 40 minutes, staying with them as they swam back to shore. Basically, these guys are heroes, and deserve a TV show way more than stupid Flipper.
The most terrifying quote: "It glided around in an arc and headed for the other two girls. My heart went into my mouth, because one of them was my daughter." - Rob Howe

How Are My Exposed Organs Looking?
The story: By all accounts, Rodney Fox shouldn't be alive, much less leading shark expeditions for a living. But the Aussie must have Wolverine blood, because he managed to survive a grisly 1963 attack. A great white shark came after Fox while he was spearfishing on Aldinga Beach in Australia. Over the course of the struggle, Fox nearly gouged the beast's eyes out, but the sea monster definitely managed to get points in too, nearly biting Fox in half, leaving him with a punctured lung, exposed vital organs, and several broken ribs. It took four hours of surgery and 462 stitches before Fox was in the clear. Because people are weird, Fox then decided to dedicate his life to studying sharks.
The most terrifying quote: "I went to the surface, took a couple of breaths of air and looked down and as best as I could through the blood-red water, I saw this great big shark coming up with its mouth wide open." - Rodney Fox 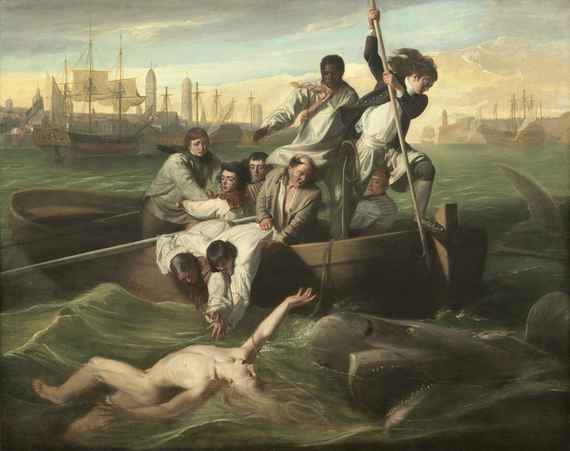 The Peg-Legged Parliament Member
The story: One of the earliest "famous" shark attacks involved a 14-year-old cabin boy named Brook Watson. Watson was swimming in the Havana harbor in 1749 when a shark (probably a tiger shark) grabbed his right foot. It dragged the teen underwater and chomped on his foot a second time before a sailor with a boat hook came to the rescue. The man managed to beat the shark back and Brook survived, though the doctors couldn't save his right shin, which was amputated. The story might've ended there, if Watson hadn't gone on to become a member of Parliament and eventually lord mayor of England. He was so damn proud of himself, in fact, that he personally commissioned John Singleton Copley (the guy who painted all those Revolutionary War scenes) to create "Watson and the Shark." It's the painting above, and it scared the hell out of colonial kids back in the day.
The most terrifying quote: This happened in 1749, so we're not sure. "Ow"?

Gone Without a Trace
The story: The horrifying story of Robert Pamperin goes back to June of 1959. The scene: San Diego's La Jolla Cove. Pamperin was diving for sea snails with his buddy Gerald Lehrer and all was going smoothly, until Lehrer heard Pamperin scream. He looked over and saw Robert hoisted high out of the water without his mask. Why was he so high up? The entire lower half of his body was in the mouth of a shark. Lehrer followed the shark under the water and tried to divert its attention, but it wouldn't take the bait. So he swam to shore for help instead. By the time a rescue team got out there, all they could find was a lone swim fin. Which means the shark probably swallowed Pamperin whole.
The most terrifying quote: "It was so big I thought at first it was a killer whale. It had a white belly and I could see its jaws and jagged teeth...It was between me and Bob and I could see him kicking his legs at it but it kept biting at him." - Gerald Lehrer

The Soul Surfer
The story: You probably know this one, but that doesn't make the story any less incredible. Bethany Hamilton lost her arm to a shark when she was just 13 years old. It was the work of a 14-foot-long tiger shark, which targeted Hamilton as she was surfing in Kauai on Halloween morning. She lost her entire left arm and over 60% of her blood. But thanks to her friend's father, who fashioned a quick tourniquet out of a surf leash before they ran to the hospital, Bethany lived. In fact, she returned to the waters one month later, and won her first national title about a year after that. She then turned pro, grew up, got married, went on The Amazing Race with her husband, and had a kid. What have you done lately?
The most terrifying quote: "It was about a two- to three-second period and when it ... was attacking me all I saw was like a gray blur." - Bethany Hamilton

To hear the other 5 terrifying shark stories, get the full story at Thrillist.com!

How I Got Over My Fear of Flying