Since publishing my book, Rethinking Narcissism, I've spent a lot of time educating the public through interviews and talks. And I've come to realize that a great many people still believe far too many outdated and dangerous ideas about narcissism. I want to set the record straight about some of the more damaging ones. So here are the first three of what, in my experience, are the top five myths that create the most confusion and grief. 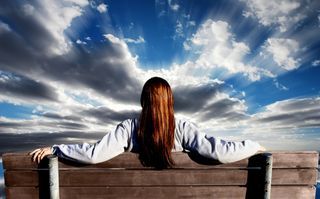 1. The Myth: All narcissists are outgoing and charismatic.

When most of us think of "narcissists," we picture reality TV stars, celebrities, or even politicians. And we're not wrong to conjure those images: Research repeatedly points to higher narcissism in all these groups.

But when we get too focused on this image (really a stereotype), we miss signs of danger that have nothing to do with being wildly extroverted or egregiously power-hungry. Some narcissists couldn't care less about looks, fame, or money. Which means if you think you're safe from falling for a cad because your current date seems shy or self-effacing, think again. A great deal of narcissism has nothing to do with confidence or extroversion. And many introverted narcissists might even be anxious, depressed, and self-doubting (more on that shortly).

The Truth: There are other, far more reliable signs, like emotion phobia, stealth control, or playing emotional hot potato, that cut across all types of narcissism. See here for example--or, for a more in depth examination, see Rethinking Narcissism, the first three-quarters of which is devoted to helping people recognize and cope with all forms of unhealthy narcissism, not just the loudmouth version you keep hearing about. 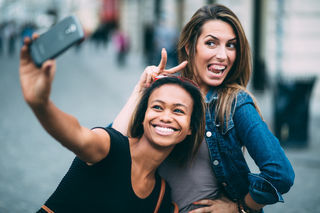 2. The Myth: We're in the midst of a narcissism epidemic.

This one has caused the most trouble for the millennial generation (born after 1980), if only because many have branded them "the most narcissistic generation ever."

"Oh yeah," said one millennial client, tearfully recounting the perception that she and her peers are all lazy entitled brats. "Like sitting around smoking pot and listening to the Beatles all day, waiting for the next love-in--that wasn't narcissistic at all."

My client is just one of many millennials who've had to swim against the tidal wave of opinion that they're good-for-nothing selfie addicts. The funny thing about negative stereotypes is that people inevitably find proof that they're true.

The Truth: The notion that we're all perishing in a narcissistic apocalypse, popularized just over half a decade ago, is light years from empirical fact. The research on which it's based has been criticized for faulty math, flawed tools (specifically, the narcissistic personality inventory, or NPI), overreliance on undergraduates, and misleading terminology.

The latter's a bit of a nail in the coffin, by the way: Narcissism isn't a diagnosis at all, but a trait description. It can't yield an epidemic any more than extraversion, introversion, or conscientiousness. Only a steep rise in narcissistic personality disorder (NPD) rates could signal trouble--and even then, the disease language might be a stretch.

Still, the idea of a narcissism epidemic faces an even greater challenge than arcane squabbles among academics: The oft-cited statistic that NPD has soared to 6% was completely dismissed in 2010 for the methodological equivalent of lousy bookkeeping. It turned out that Census workers had collected and coded the data, and the results suggested that pretty much every disorder had nearly doubled or tripled in prevalence; needless to say, that raised a few eyebrows, and researchers took a closer look. Their conclusion: The original interviewers had accidentally cooked the books. In a second analysis, analysts ratcheted the rate for NPD back down to the familiar 1%.

Shortly after I published Rethinking Narcissism, critiquing the idea of an epidemic, a study was released laying the millennial myth to rest once and for all. The authors concluded that negative stereotyping better explains our widespread, negative perception of Generation Y.

So, rest easy, millennials: selfies and social media won't be the end of you after all. (The real danger is Netflix binging.)

3. The Myth: Covert narcissists are sneaky. If I had my druthers, I'd do away with all the existing labels for this quietly entitled brand of narcissism. The idea that "covert" narcissists are especially crafty can be blamed, in part, on the introduction of such a vague and misleading term to begin with.

The Truth: The "covert" aspect of so-called covert narcissism has nothing to do with being slyly manipulative at all, or with hiding abuse (another confusion); researchers coined the term because the grandiosity of "covert" narcissists isn't readily apparent. That's not because they actively hide it; it's just because they're more introverted. They fantasize about their greatness more than they advertise it. Their introversion becomes warped by the extremity of their narcissistic traits, forcing them deeper into silence--and often into abject misery. What they have in common with extroverted narcissists is that they cling to feeling special, too; they just do it in different ways. Some imagine themselves to be misunderstood or undiscovered geniuses, long-suffering victims--troubled teens can raise introverted narcissism to a high art form--or the most sensitive person in the room.

Do you have a friend or partner who jumps on everything you say, asking, "What did you mean by that?" Or who regularly slips into embittered diatribes about all the ways they're being mistreated by a gallery of rogues who "keep them down"? If your friend or partner seems shy but still manages to suck all the air out of the room, you're probably dealing with an introverted narcissist. As the phrase suggests, their main distinguishing feature, as compared to other narcissists, is their introversion. This seems to argue for a more straightforward label--say, introverted narcissist.

Yet, in addition to "covert," a slew of vexingly horrible terms exists for this type: closet, hypersensitive, inverted, centripetal (no, I'm not kidding), deciduous (OK, now I'm kidding), and vulnerable (and I really hate this last one).

The problem with all these terms is that they're inaccurate, ambiguous, or just plain confusing. For their partners, there's nothing covert about the unpleasantness of extreme introverted narcissists at all. Their arrogance and argumentativeness are all too obvious. There's also nothing vulnerable about them. That's their problem. If they could be open and vulnerable, they'd foster the kind of secure attachments that prevent people from becoming extremely narcissistic in the first place. There's a big difference between relentless handwringing and complaining, and taking real emotional risks by openly turning to people for support. That's true vulnerability.

Similarly, all extremely narcissistic people are "hypersensitive," reactive to slights and criticism, and apt to attack "enemies" in a flash. And all have covert and overt aspects to their narcissism. Grandiosity can easily come blasting out of even the quietest narcissists, and the loudest can quickly fall into a funk, silently stewing about the world's failure to acknowledge their gifts. And as far as sneakiness, manipulation by its very nature is sneaky. Manipulative people, whether they're loud or quiet, can all be equally crafty.

(I don't even know where to start with centripetal--maybe in the center? You get the point.)

Stay tuned for Part Two of the 5 most dangerous myths! 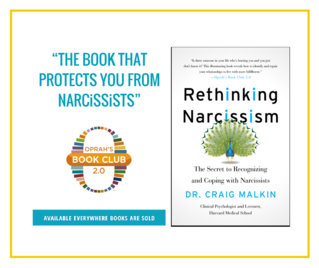 Sign up for my newsletter, for more tips and advice, as well as information on my book, Rethinking Narcissism, devoted to understanding and coping with narcissism in all its forms, in our friends, lovers, colleagues-and even ourselves. On sale wherever books are sold; Harperwave and Harper UK.

A version of this article originally appeared at psychology today.