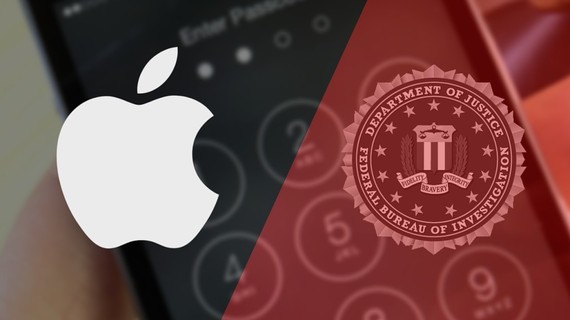 When radicals Syed Rizwan Farook and Tashfeen Malik pulled out their guns at the holiday event hosted by the San Bernardino Department of Public Health on December 2nd, 2015, hardly did they know that what succeeded was about to turn into one of the greatest legal battles in the history of national security. Shooting through a crowd of 80 attending members, Farook and his wife killed 14 people, injuring 22 more. About 4 hours and 20 guns later, both Farook and Malik lay dead near their SUV, the result of a vigorous police shootout. According to the FBI, Farook and his wife were both religious extremists with origins in Pakistan. While not in direct contact with any terrorist cell, Farook and Malik were, what you would call, two middle-aged adults brainwashed after seeing hours of fear porn on the internet. While not exactly organized terrorism, the FBI declared this case as one with consequential terrorist involvement.

In the course of their detailed investigation (because that's what good ol' federal officers tend to do), the FBI came across Farook's iPhone 5C, the source of all the conundrum that you have seen ever since. Farook's iPhone was password protected, and designed to erase all data after 10 unsuccessful login attempts. The capable officers at the bureau somehow decided that they were not capable enough to hack this one, and so they got themselves a federal court order to force Apple into creating a custom version of the iOS and feed it to the device, unlocking it quite easily. Things would have gone real smooth, except Apple CEO Tim Cook refused to comply with the FBI's request, saying that it would create a reasonably high privacy risk for all iPhone users. Thus began one of the most exhausting battles in the history of data encryption.

#1 What You Need Is What You Get

From the very beginning of this case, as experts have said again and again, the FBI didn't really need Apple's help to crack this one iPhone. There were other ways to unlock it, or failing that, other leads to look into. However, what the government wanted here was an exclusive backdoor that allowed it to peek into the lives of all iPhone users at will, criminal or not. And what better way to further such a brave cause than to feed off the fears and sympathy of those heartbroken by this terror attack?

The FBI can celebrate as much as it wants after cracking open the San Bernardino iPhone. Apple too can declare itself a winner in the war for securing privacy for its consumers. But the truth is, in this battle on data encryption, nobody really scored a win. Neither did the FBI get the backdoor it wanted, nor did Apple succeed in securing a legendary win for consumer privacy. The war has merely been postponed, it is far from being over. Which brings us to my next conclusion:

This case was never about the San Bernardino affair. Ever since Edward Snowden leaked classified NSA files proving that it was illegally surveilling the entire country, tech enterprises have been strengthening their security measures to prevent the government from peeking into the lives of their users. However, the government has been contesting that this kind of security is allowing criminals to hide sensitive activity behind the walls created by technology. After iOS 8, this is truer than ever for the government. Apple vs FBI was just one in a series of battles between national security and the right to privacy. The results of this case prove nothing, the war is still on.

#4 From China With Love

Advertisement
Of course, a case of this caliber is bound to have repercussions in foreign countries. As Edward Snowden rightly said on Twitter, China looms over the United States regarding its moves on data encryption. Seeing that the FBI did indeed have the guts to file such a motion in a free democracy, China is definitely going to take advantage of the situation and order enterprises to allow for more cuts to user privacy. Seeing that China is a communist nation with high state control, and given that 25% of Apple's gross revenue comes from China, will Apple be able to deny a similar request from the Chinese government?

"This move by the FBI could snowball around the world. Why in the world would our government want to give repressive regimes in Russia and China a blueprint for forcing American companies to create a backdoor?" - Senator Ron Wyden

#5 Hacker On The Loose

While Apple didn't have to heed to the government's unreasonable request to create a customized Government OS, it now has bigger things to worry about. A third-party security firm, probably Cellebrite, now has the keys to unlock the iPhone without Apple's help. This could impose serious security risks which will definitely determine a consumer's will to purchase an iPhone in the future. Given that the FBI has no intentions to reveal the "classified" hacking technique or even the name of the hacker, Apple is in for some tough waters as it struggles to plug this vulnerability.
Download
Calling all HuffPost superfans!
Sign up for membership to become a founding member and help shape HuffPost's next chapter
Join HuffPost