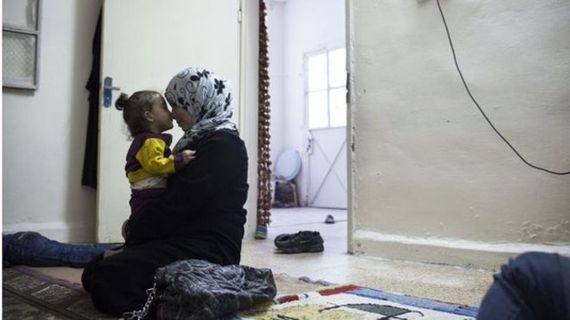 Last January, I traveled to Jordan and interviewed 40 Syrian refugee women living in Zaatari refugee camp and in various cities. Out of the 4.5 million Syrian refugees in Lebanon, Jordan, Turkey, Egypt, and Iraq, Jordan is the third largest host of Syrian refugees and has a history of taking in refugees from different countries. The women I met invited me into their homes and spaces and talked to me about their hardships, fears, and wishes. Through my various conversations and interactions with individuals who had been forced to flee their homes, I learned 5 important things about life and resilience that dispel many of the misconceptions about refugees.

1. The majority of refugees live in cities, not camps.

Urban refugees don't always make it onto the news, but they are suffering immensely. Over 650,000 Syrian refugees are living in Jordan and the majority lives in unfinished apartments and dilapidated buildings in the cities. Urban refugees struggle to pay for rent, food, heating oil, and utility bills. They are also often the first to have their aid cut. In 2014, the World Food Program (WFP) cut food vouchers for urban refugees in Jordan. Some refugees in the cities are still without food vouchers and some only receive 10 JD per person per month, which is equivalent to about 14 USD.

The camps aren't glamorous by any means, but there are over 100 organizations providing aid to 80,000 refugees in Zaatari. Whereas in the cities, where 85% of refugees reside, organizations are overrun with requests and are underfunded and understaffed.

2. Don't judge a group by the actions of a few.

One of the women that I met, Shadia,* invited me into her home, prepared a traditional Syrian meal for her family and me, and told me about her experiences in Jordan. As we sat on worn mats on the floor eating with pita bread as utensils, we discussed the treatment of refugees by humanitarian aid providers. Shadia was grateful for all of the assistance she received, and she explained that she had generally been treated well by aid providers. For the instances when aid providers had not been so amiable, she stated, "Just like humanitarian aid providers who may not always be friendly, there are good Syrians and some bad ones, but the bad ones shouldn't represent the whole group and hide the good ones." Shadia's conviction is especially relevant to the hateful rhetoric that has been employed against Muslims and refugees. Her remarks remind us how imperative it is not to pass judgment on an entire group based on the actions of a few.

3. What doesn't kill you makes you stronger.

Fatima, another woman I spoke with in Zaatari, told me about the hardships she faced. She had 2 kids, and she worried about their futures, especially because the educational system in the camp was weak. She yearned to work or learn a skill, but vocational programming was limited and did not always lead to employment. Her efforts to provide for her children were also stifled by the limitations of living in the camp. She recounted an incident in which she carried her 8-year-old son who had a piece of glass stuck in his foot to a clinic at the opposite side of the 2-mile camp because none of the ambulances were available to take them.

Despite these struggles, Fatima remained resilient. "What doesn't break the donkey's back makes it stronger," she stated. Refugee women know all too well that what doesn't kill you makes you stronger.

4. Hateful rhetoric in the West towards minorities is having far-reaching effects.

"Should we immigrate if we have the chance?" asked Mohammad, one of the women's husbands, while we sat in their caravan in Zaatari. Mohammad, his wife, and 5 children lived in cramped quarters in substandard conditions, and he was unable to find work to provide for his family. "We see on TV the American politicians speaking badly of Arabs and Muslims and the harm that refugees are facing all over Europe," he continued. Mohammad, like any parent, worried about the future and safety of his children. If given the chance of resettlement (which is very slim to begin with), Mohammad felt safer staying put in his difficult situation rather than traveling to a distant Western country where he had seen such negative responses towards Muslims and refugees.

After everything refugees have heard and seen on the news about Americans comparing Syrian refugees to "rabid dogs" and the praise of a twentieth century war general who dipped bullets in pigs blood and shot Muslims, can you blame them for being wary of resettlement, no matter how much they are suffering? The fact that refugees in a camp with extremely limited cable and Wi-Fi are able to see the negative actions and comments towards Muslims and refugees shows the far-reaching nature of the abominable speech that we should be actively condemning.

5. Despite their own hardships, refugees are still able to empathize with the suffering of others.

Ali, one of the men that I met, explained that he was fasting in solidarity with the residents of Madaya, Syria, a town that was under siege and cut off from humanitarian aid for months. Ali, his wife, and his 4 children all shared 2 caravans with a small open space in the middle covered by a tent. They had no running water and used a propane tank to stay warm. They also had been living in Jordan for 4 years with little prospect of returning to Syria in the near future; however, he was still able to empathize with others who were suffering. Ali's story is a clear example of the common humanity of refugees that so many politicians are trying to hide in order to restrict the movement and resettlement of refugees in the West. 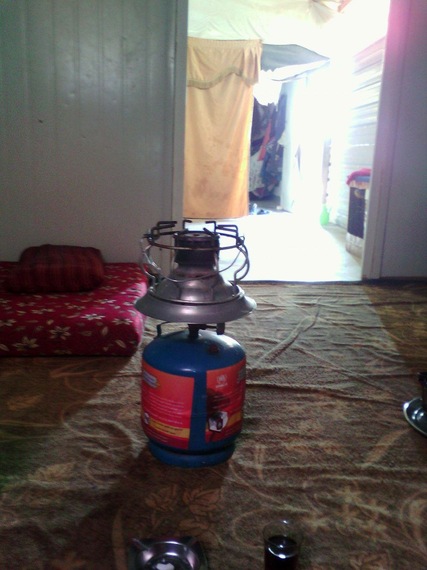 Ali and his family used this propane tank with a cook top to stay warm and to cook.

We as a society have a responsibility to stop perpetuating negative images of refugees that have come out in full force throughout the last couple of years. Fleeing your home does not make you a terrorist, a "rabid dog," or a bad person. It should go without saying, but refugees are just trying to survive and support their families. We must stop fearing refugees, and instead, we should defend their right to seek safer lives for themselves and their families.

Michelle conducted research in Jordan in January 2016 for her Senior Honors Thesis with the support of the Pardee School of Global Studies, the Undergraduate Research Opportunities Program, the Institute for the Study of Muslim Societies & Civilizations, and the College of Arts and Sciences at Boston University.

*The names of the refugees mentioned in this article have been changed to protect their identities.