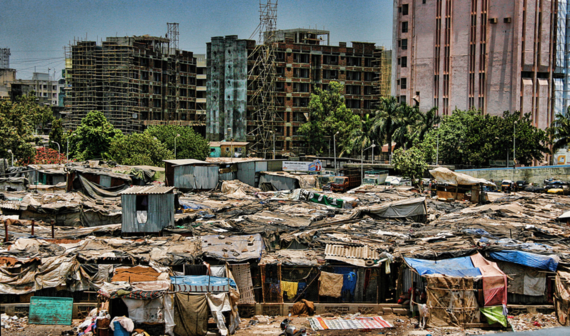 [2] They keep their slumdwellers inside the city with them.
Those cities which push their migrant slumdwellers outside of the city hurt themselves. It disconnects them from the jobs they were doing and the services they were providing for the rest of the city. They will simply flood back into newly created slums. Migrants flood to emerging economies and their contributions help further grow those economies. Wise cities keep slumdwellers in their city through a mix of upgrading and integration.

[3] They provide a quasi-legal status for their slums.
This recognizes that slums are an asset and that they have a legitimate role to play in the city's development as places of positive transition. This quasi-legal status avoids crushing slums under the weight of current regulation but instead, provides the stability they need to build forward. In essence, they make them Charter Microcities that are connected to the larger macrocity they are a part of. This is good for both, it's a symbiotic relationship. One that is currently somewhat hidden and not somewhat skewed. They have a role to play. They belong.

[4] They invest into their slums and they see it as a good investment.
They bring their slum citizens along with them into the 21st century so they don't risk being dragged back collectively into the last century. They do it because it's the right thing to do and because they are protecting the future of everyone in the city.

[5] They capitalize on the spirit of entrepreneurship that is naturally embedded in slums.
Migrants living in some slums are one hundred times more entrepreneurial than their formal urban counterparts. There is a spirit of entrepreneurship and corresponding resilience found in slums across Asia, Africa, and Latin America. Governments who struggle to provide essential services to all of their informal slums can look to partner with local entrepreneurs to provide essential services. In the white space of informality, new models can emerge.

In short, smart and wise cities see their slums not as blight but as assets. They partner with them as a key player in the development of their city.