From The Daily Green:

Everyone agrees we're in an energy crisis, and everyone agrees we have to wean ourselves from foreign oil. General Motors sent its fuel-sipping Chevrolet Volt on a 1,776-mile drive from Austin, Texas to New York City, where it arrived on Independence Day last year. "Freedom from what?" I asked a Chevy representative. "It has multiple meanings," he said.

Indeed it does. There are a lot of ways to wean ourselves from OPEC crude, but unfortunately a lot of them have unforeseen problems—the cure could be worse than the disease. Let's examine some energy alternatives and the seemingly insurmountable problems they face:

Photos and captions courtesy of The Daily Green. 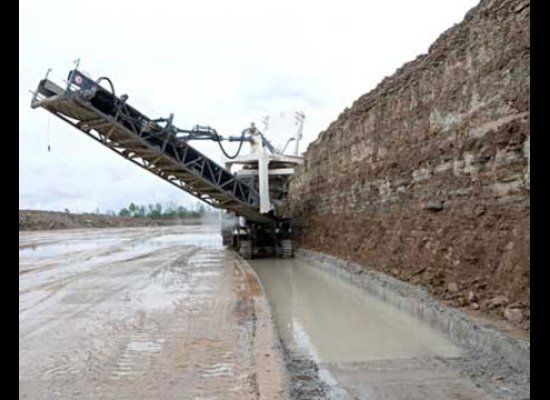 1 / 6
Oil Shale
There's a huge energy reserve located right here, in the Rocky Mountains, in the heart of the U.S.A. There are vast amounts of a petroleum-like substance known as kerogen trapped in sedimentary rock in the Green River Basin that extends into parts of Colorado, Wyoming and Utah. Why aren't we drilling for this freedom fuel? It's enormously environmentally destructive and energy intensive. <a href="http://www.nrdc.org/energy/oilshale.pdf" target="_blank">According to the Natural Resources Defense Council</a>, we can either create huge open pit mines, extract the rock, crush it, then distill the kerogen at temperatures of 800 degrees, or install underground heaters in the kerogen deposits ad heat it up in situ. In any case, NRDC says energy efficiency is a much better alternative. <br> <br> <a href="http://www.worldwatch.org/node/5167" target="_blank">Worldwatch Institute reports</a> that the extraction process, whichever method we choose, would release sulfur dioxide, lead and nitrogen oxides. Every barrel produced, in a water-challenged region, would require 2.1 to 5.2 barrels of water, says the Bureau of Land Management. The Colorado River, which is already stressed to say the least, could lose more than 8% of its flow. And the Rand Corporation says producing as little as 100,000 barrels of shale oil a day would produce 10 million tons of greenhouse gas and require the development of 1,200 megawatts of electricity. In other words, we'd probably have to build coal plants to produce oil. There's a reason this rich resource is likely to stay in the ground. <br> <br> <b>Related:</b> <a href="http://www.thedailygreen.com/environmental-news/latest/fuel-efficient-cars-47102201">The Record-Breaking 10 Billion-Dollar Weather Disasters of 2011</a>
The Geological Society