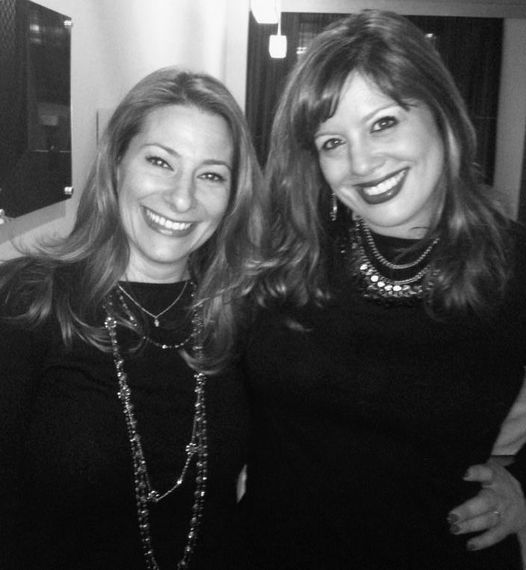 Imagine if your best friend -- the one who deserves one hell of a co-pay for the psych-worthy advice she doles out on a daily basis (with love and/or or a swift kick in the butt, as needed) suddenly couldn't speak.

My lifeline, Jill Gurfinkel, had a paralyzed vocal cord for what seemed like forever. Not from cheering for her then 7-year-old son at his hockey game or yelling at him to eat his vegetables or even from litigating in court (I don't mess around; my chief counsel is a badass lawyer). The only thing that has ever robbed her of her voice was thyroid cancer.

In Cindy Finch's recent HuffPost blog, "The 6 Injustices of Cancer," she seems to suggest that thyroid cancer is like a spa day, complete with fluffy slippers, refreshing cucumber-infused water, and a detoxifying steam bath compared to other cancers. Nothing could be farther from the harsh reality of this insidious disease. Here are the six injustices of thyroid cancer:

1. It's not the "good cancer." Jill's doctor held her head down as he inserted eight needles into her neck to biopsy her two tumors. No anesthetic was involved... and that was just the beginning of her journey to hell. Soon after, she was in surgery to remove the right lobe of her thyroid.

When the pathology results came back a week later, they weren't "good." One tumor was a papillary carcinoma and the other larger tumor was a rare form of thyroid cancer called Hurthle cell carcinoma. The rest of her thyroid had to come out -- stat. The surgeon reopened the fresh, 3-inch scar across Jill's neck the following morning to remove the left lobe of her thyroid. That time, there were complications. She lost a parathyroid gland and ended up with a paralyzed vocal cord. She couldn't breathe without coughing, couldn't drink without choking and could barely speak.

I am not making this about me at all, but I still don't think I am over that time that I couldn't talk to my beloved bestie. After 25 years of friendship, I knew how horrifying it was for her on every level that she had cancer.

Before Jill was diagnosed with thyroid cancer at age 39, she took care of and buried both of her parents. Her dad died from pancreatic cancer and her mom of breast cancer; she knows a thing or two about suffering. And she will be the first to tell you thyroid cancer is gut-wrenchingly hard.

2. The treatment is definitely not a spa treatment. How does a low-iodine diet in preparation for liquid radiation after two surgeries sound? Like a massage? Jill had to have radioactive iodine ablation to eradicate remnant thyroid tissue. Cloaked in protective gear, she drank a metallic-tasting liquid out of a lead container and
was forced to remain in isolation for five days afterwards. No encouraging hugs from her son, no face-to-face food deliveries from her sister (she had to leave meals at her front door so she wouldn't be exposed to radiation). She was alone, exhausted, and extremely nauseated. Her jaw and cheeks ached, but nothing like they would within a year from treatment when she had a stone in her salivary ducts that caused recurrent parotid gland infections (parotitis). It was excruciatingly painful and a direct effect from having radiation. Now that she does not have a thyroid, infections are much harder for her to fight off. She's also at risk for secondary cancers, dental problems, and more salivary and parotid gland issues, among other ailments.

3. It's not "one and done." The one pill a day that Cindy associated in her blog with thyroid cancer is a cruel joke. Jill takes 40 pills a day, administers her own daily injections, and uses several hormone creams to address the numerous deficiencies she has now that she no longer has a thyroid. Every single day is a struggle. Many survivors spend years trying to figure out the right hormone levels and suffer debilitating fatigue, depression, adrenal fatigue, cardiac issues, aches, pains, hair loss, brain fog, weight gain, inability to control body temperature, hot flashes, edema, muscle weakness, impaired memory, sex hormone imbalance, anemia, slowed heart rate, palpitations, thinning hair, menstrual irregularities, and so on. It's tough to be hypothyroid and even hyperthyroid for the rest of your life.

4. Thyroid cancer survivors are misfits. Thyroid cancer survivors are often dismissed by other cancer patients, by the medical community, and by big budget cancer organizations. Most people just assume that since thyroid cancer is purportedly "treatable" or even "curable," it is an easy diagnosis. Imagine going through what Jill has endured and not being able to b*tch? They do not get the benefit of funding, three-day walks, or research breakthroughs. According to the American Cancer Society, thyroid cancer is the most rapidly increasing cancer in the U.S. That's pretty hard to swallow, isn't it?

5. People die. For many with medullary, anaplastic, Hurthle cell carcinoma and even follicular and papillary thyroid cancer, their cancers are not responsive to treatment. These patients are often given other treatments (chemo, external beam radiation) and numerous surgeries in an attempt to cure their sometimes incurable disease. The only diagnostic tools they have available don't always work for these patients either.

6. The future is never certain. Jill has blood tests every 3-6 months plus ultrasounds and body scans to monitor for recurrence. She has had a scare or two but, thankfully, she is still in remission.

Regardless, she will spend the rest of her life worrying about whether her "easy cancer" will recur. She has to look her sweet son in the eye when he asks her difficult questions about her disease. As if that's not enough of a burden to bear, she also has to school insensitive people on what it's really like to be a thyroid cancer survivor. And I will always be there to lend strength to her voice.

Do you think thyroid cancer survivors are treated fairly?