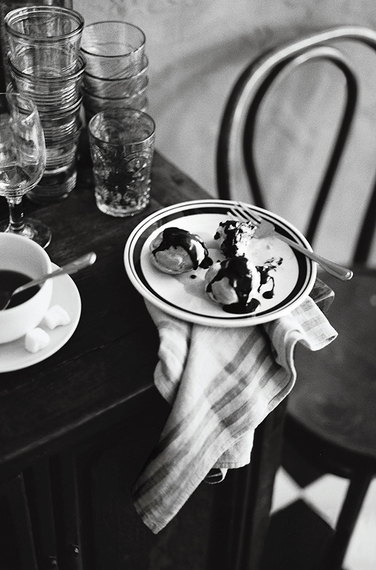 It's no secret that there are a lot of things going on when you eat out at a restaurant--waiters bustle around, music plays in the background, and there's a menu to navigate.

While those elements seem completely ordinary, research has shown these factors and more can actually influence what you end up eating. Some can sway you to make healthier choices. Others...not so much.

Luckily, scientists at Cornell University's Food and Brand Lab study why we eat what we do, and have presented a slew of surprising and downright weird factors that can affect your restaurant order, including:

Your Waiter's BMI
You may think your waiter is just there to, well, wait on you, but researchers discovered that his or her weight has a direct influence on what you eat and drink. A new study of nearly 500 diners published in the journal Environment & Behavior found that people were four times more likely to order dessert when their waiter had a high BMI--and the effect was greater on slimmer diners. It even impacted how much they drank: Diners with a heavier waiter drank 17 percent more alcohol than those with a slimmer server. Why? Scientists say a heavier waiter might cause people to think "what the heck?" and live it up. (BTW: To combat this bizarre bias, they say it's best to decide before you sit down whether or not you'll want to have dessert.)

The Ambiance
Soft lighting and music creates a relaxed atmosphere, and makes you enjoy your dining experience more. Research published in the journal Psychological Reports discovered that people who ate fast food in a fine dining setting (with jazz music and soft lighting) ate for longer than those who chowed down in a typical fast food setting but actually consumed less food. They also rated the food as more enjoyable.

The Names of Foods
A 2014 study published in the International Journal of Hospitality Management found that a restaurant's menu has a big impact on what you end up ordering. Among the findings: We're much more likely to order foods with descriptive menu names (think: "Succulent Italian Seafood Filet" vs. "seafood filet"). Oddly, study participants rated the more descriptive names as tastier than ones with basic names--even though they were the exact same dish--and were willing to pay 12 percent more for them.

The Order of a Buffet
When it comes to buffets, what you see first is what you stock up on. That's the takeaway from a PLOS One study that found the first food in a buffet line is what is eaten the most--and it influences what else you eat. For the study, researchers created two buffet lines: One with healthy food first; another with not-so-healthy food first. When participants were offered fruit first, 86 percent put it on their plates (vs. 55 percent when it was offered last). On the flip side, more than 75 percent took cheesy eggs when they were offered first, while just 29 percent took them when they were offered last. Not only that, more than 65 percent of our plates are filled with at least one of the first three foods we see in a buffet line. The take-away? Start with the salad section.

The Specials
Turns out, we're kind of lazy when it comes to ordering. A study published in the journal Psychology & Marketing last year found that people were more likely to order a dish when it was offered as a special and pointed out on the menu by a server. While that's not necessarily bad, per se, it can lead you to order more unhealthy items than you would have otherwise. So, go with your gut and order based on your initial instinct.

More from Glamour:
10 Things He's Thinking When You're Naked
What's That Salad the Kardashians Are Always Eating on Their Show?
8 Super-Easy Steps for Looking Flawless--Fast!
The Truth About Cold Brew Coffee
13 Celebrities Who Have Hot Siblings
10 Rules Of Being Friends With Benefits