No one likes to clean, but there are some things that just beg to be taken care of daily. “If you clean these things every day, it reduces how much cleaning you have to do on a regular basis—and these only take a couple of minutes to do," says Melissa Maker, founder of the popular YouTube show Clean My Space.

Whether for germ reasons or peace of mind, here are items you should be vigilant about wiping down.

“Your front entrance is very important—it can have a big effect on whether or not you feel relaxed or stressed at home,” says Maker. Her two-minute tidy: Put bags where they belong, not left on the floor; corral keys, change and mail in a bowl on the entryway table; hang coats; straighten shoes; and give the mat a quick shake or sweep do dirt isn't tracked in. Done!

Most people use a dishtowel to wipe their hands on during cooking and cleaning up, then use that same towel to dry off dishes. “Since most people don’t wash their hands long enough to disinfect, a lot of bacteria can end up on the towel,” says Linda Cobb, aka, The Queen of Clean. “If you are using a dish towel in the kitchen, change it out at the end of each day and be sure you launder it in the hottest possible water with detergent.”

Sponges house all kinds of nasty bacteria and germs. “Testing common household methods used to disinfect sponges, researchers at the USDA found that over 99 percent of bacteria, yeasts, and molds were killed by microwaving a damp sponge for one minute or dishwashing with a drying cycle,” says Cobb. You can also boil your sponge for five minutes, suggests Maker. As for which sponge is best to use, Maker suggests using a foam sponge, such as Brillo Estracell. “Traditional sponges made of cellulose are more prone to hanging onto bacteria and odors, “ she says. “Foam is more sanitary.”

Counters get gross quickly. Keep a spray bottle and microfiber cloth under your sinks, and wipe down your counters in the kitchen and bathroom daily. And while you’re at it, sinks get grimy too with germs food in the kitchen, and hair and  product residue in the bathroom, so wipe them down as well. “Be sure you hang the cloths to dry to prevent mold and mildew and spreading cross-contamination,” says Cobb. She also likes to wipe down the bathroom door handle and the light switch in the toilet area, since these areas can harbor a lot of germs and bacteria.

“They are covered with dirt and bacteria,” says Cobb. “Wipe them down at the end or beginning of each day.” Cell phones should be wiped down daily, too. “Think of some of the places your hands have been when you are touching your phone,“ she adds.

6. The bottom of your purse

“Your purse sits on the floor in restaurants, hangs in public bathrooms, sits on counters in stores, and then you put them down on the kitchen counter!” says Cobb. Yuck! She suggests using a baby wipe to swipe the bottom of your purse every evening to clear away the germs and bacteria.

A few other small tasks...

While these to-dos technically aren’t items to be cleaned, consider doing them everyday to make your house feel tidy:

• Make your bed. “You’ll feel more tranquil and relaxed if you see your bed is made when going to sleep,” says Maker.

• Empty your kitchen garbage to get rid of odors.

• Put dirty clothes in the hamper instead of leaving them draped on the chair in your bedroom or on the floor.

PHOTO GALLERY
Cleaning Tips That Will Change Your Life 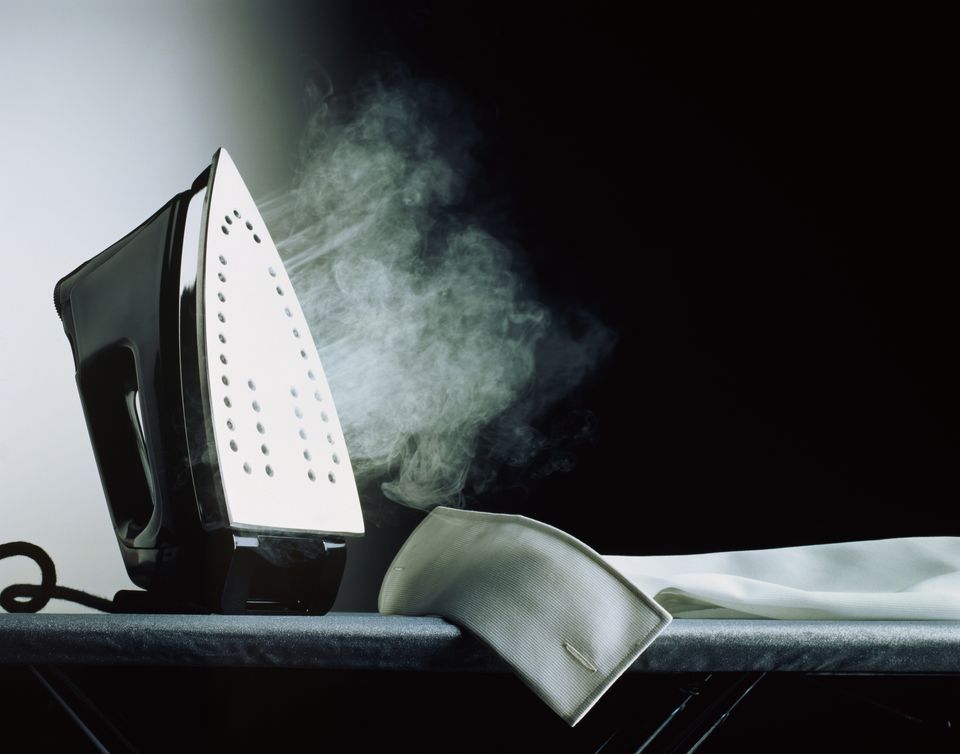 1 / 10
Instant Iron Cleaner
To clean the bottom of the iron, sprinkle salt on the ironing board and iron back and forth.
Joop Greypink via Getty Images