The number of local craft breweries is at an all-time high in the United States. From coast to coast (and everywhere in between), privately-owned breweries are producing delicious brews for every palate. Hoppy IPAs, robust ales, and refreshing pilsners are just some of the offerings on parade, and lucky for beer aficionados, many of these breweries (micro, or otherwise) welcome visitors for tours and tastings. Some even have full-fledged restaurants on-site that pair their pints with delicious plates. So pack the kegerator and find a willing D.D. because it's time for a brew-cation. We've tried beers all over the country and, after plenty of boozy research, have picked out the seven best cities in the U.S. for beer. Plus, we've got great hotel recs in each city where beer lovers will feel right at home. 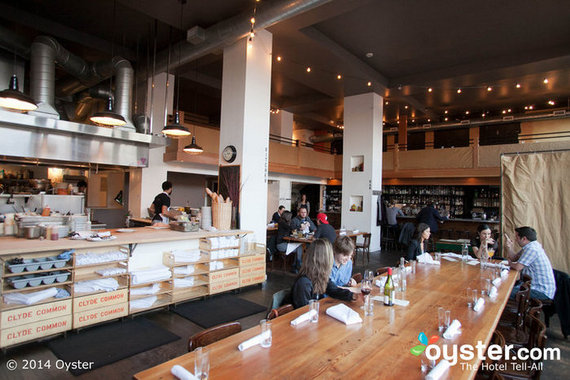 Boasting the highest concentration of breweries of any city in the world -- over fifty in the metropolitan area, if you're curious -- Portland tops our list. Large-scale operations have rubbed shoulders with small craft breweries in the Rose City since the 1980s, and micro-breweries and nano-breweries (breweries that generally produce four barrels or fewer) are popular destinations for locals and tourists alike. Deschutes Brewery, Hopworks Urban Brewery, and Upright Brewings are perennial favorites, but there are endless offerings in this quirky beer-loving-hipster-friendly city.

Where to Stay: Ace Hotel - Portland

This funky boutique emphasizes style above all else, and features cool decor touches such as reclaimed school chairs, nightstands made out of books or suitcases, turntables, and stacks of vinyl records. Hotel highlights include a local, organic breakfast in the breakfast room, a great happy hour scene at the Clyde Common lobby bar, and aromatic coffee at the beloved Stumptown Cafe. 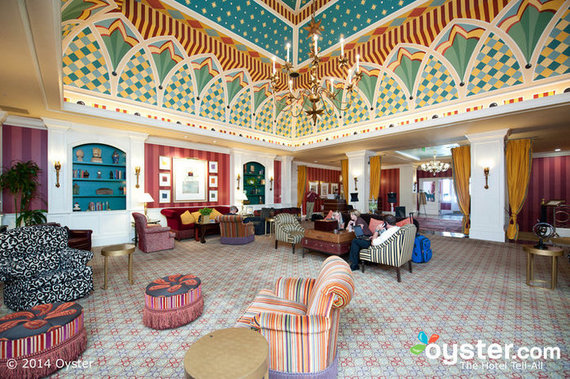 The Mile High City has a long-standing reputation of knowing, loving, and producing some of the best brews in the country. While the Coors headquarters can be found here, there are many smaller, more specialized craft beer operations in and around Denver that visitors can enjoy as well. Wynkoop, opened in 1988, is Denver's original craft brewery so it's a nice place to start your brewery crawl. Other favorites include the Blue Moon Brewing Co., Bull & Bush, Denver Beer Co., and Great Divide, and they all come together at the Great American Beer Festival which takes place each fall and is arguably the country's best and largest celebration dedicated to good brew.

Where to Stay: Hotel Monaco Denver - A Kimpton Hotel

This upscale boutique delivers all the fundamentals of the Kimpton chain: bright, quirky decor, a free nightly wine hour, and a pet-friendly policy. The day spa is recognized as one of the best in Denver, and the lobby is fun and funky, with a colorful ceiling and eccentric furniture. 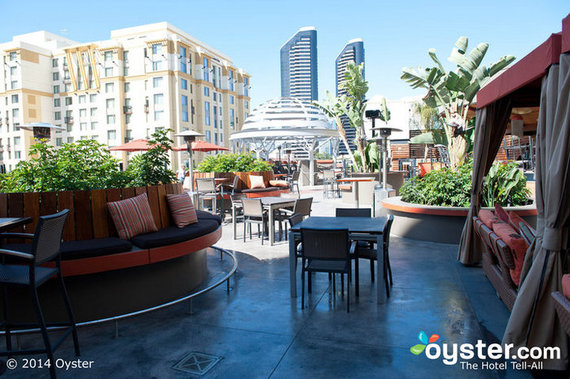 With its own IPA category and more than thirty beachy breweries, this sunny locale is fast becoming a favorite among beer drinkers. Stone Brewing, Mission Brewery, Lost Abbey, Karl Strauss, and Green Flash are just some of the favored breweries in and around town. Stone Brewing just opened up a waterfront location -- where visitors can eat, drink, and play bocce into the twilight hours - in San Diego's downtown area, making it even more popular than it was previously.

This 235-room Kimpton boutique just outside the Gaslamp Quarter is notable for its stylish rooms with beach-inspired decor and attractive rooftop pool area. Its known for its great freebies which include a nightly wine hour, coffee and tea in the lobby, newspaper delivery, and guided city walks every Wednesday. Plus, the hotel just started up a craft brewery night! 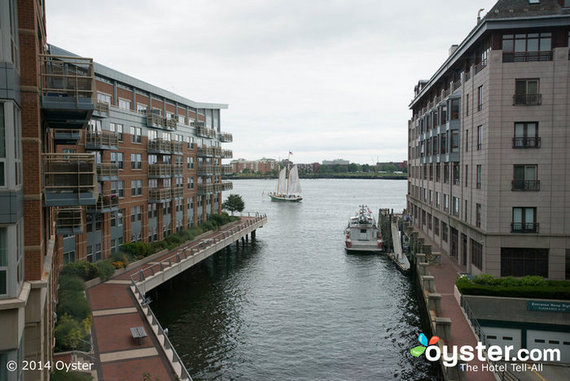 Boston knows its brews. In fact, the state (in part -- and how much depending on whom you talk to) owes its very existence to the stuff. Back in the day, the Pilgrims had originally set sail for Virginia, but (supposedly) due to a beer shortage on board, the boats docked a few weeks early in present-day Massachusetts. After all, the Pilgrims really loved their brew! And to be fair, beer was actually much safer to drink than water at the time. Since then, America's original beer town has continued to expand its brewing business. Sam Adams, the New England juggernaut brewery, once started as a small mom-and-pop business itself, and today many small breweries are following in its wake. Harpoon Brewery and Trillium are two such favorites.


Opened in 2008, the 150-room Fairmont Battery Wharf has great harborside views, attentive service, spacious standard rooms, a celebrated restaurant, and a location on the site of one of Boston's most historic wharves. 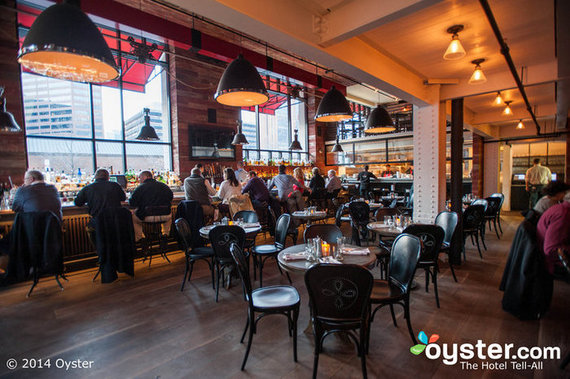 The City of Brotherly Love is also the City of Brewery Love. Beer-filled taverns have been a mainstay since Philly's founding, and have only continued to grow in popularity and abundance since then. Pilsners have always been the name of the game here, but with proliferation comes variety, and selections of brews on tap here are endless nowadays as well. Center City is, perhaps appropriately, the center of much of the action, with microbreweries, like the Nodding Head, being excellent spots to start the night.

Where to Stay: Hotel Monaco Philadelphia


Hotel Monaco's unique design -- featuring bright decor and stylishly mismatched furniture -- sets this hotel apart from other options in Center City. Attractive rooms with high-end amenities, wonderful freebies, a beautiful rooftop bar, and a great restaurant all help round out the experience. 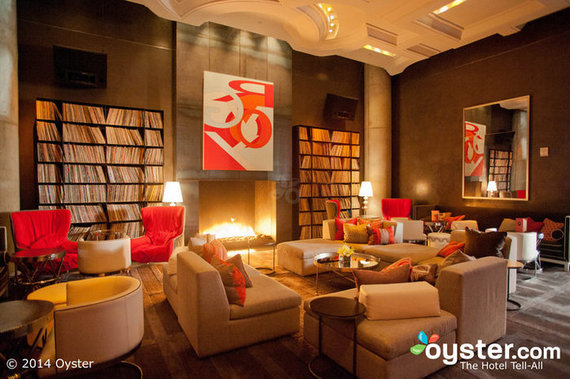 A relaxed locale with a youthful, funky twist, Austin draws a diverse crowd -- from inked artists to chic urban entrepreneurs -- that enjoys all that Texas's capital offers, particularly in the ways of brews. Most of the action centers on Sixth Street, where many of the city's restaurants and bars can be found. The funky vibe of the city has given birth to a unique brand of brewery; some, like Hops & Grain, have an impressive eco-focus (they use their recycled grains to make dog biscuits!) and others, like Black Star Co-Op, take a playful approach to attracting the city's intellectual crowd, designating their brews Rational, Irrational, or Infinite.

Where to Stay: W Austin

One of the city's newest luxury hotels, the W Austin features a minimalist design that incorporates elements of southwestern decor. The hotel has a good location in the heart of Austin's newly emerged 2nd Street District, putting it close to sights, shopping, and entertainment. Plus, the Living Room bar is a popular gathering spot for Austinites, and the young and hip congregate at the W's WET Pool on weekends. 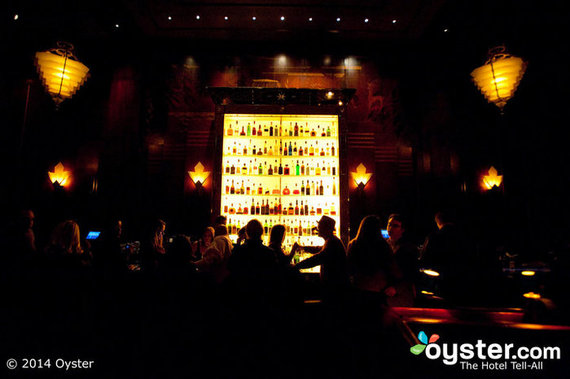 Micro- and nano-breweries reign supreme in the Bay Area, where seasonal products and local flavors make their way into more than one barrel of beer. The Moonlight Brewing Company even features redwood twigs and cedar bark in its own concoctions. Anchor Steam Brewery is an obvious favorite in the area, and New Albion Brewing was the first micro-brewery to open in the country. Since then, the number of hot spots has grown exponentially, making this California city a must-stop for a brewski.

Where to Stay: Clift

Known for its Redwood Room bar, the Clift boasts a hip scene that is typical of the Morgans Hotel Group, which reopened the historic hotel after a makeover by Philippe Starck and Ian Schrager (the latter of Studio 54 fame). The lobby and the 350 small, but comfortable, rooms are short on amenities but high on scene and style.