Think you know the 50+ demographic? Think again, because the statistics will surprise you. The 50+ demo is wealthy, vast, and growing, and marketers would be smart to take notice. 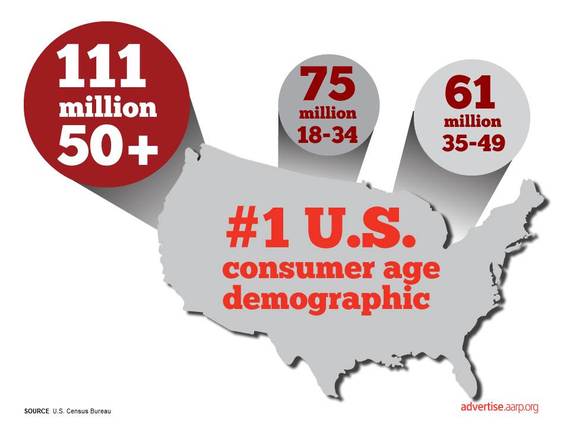 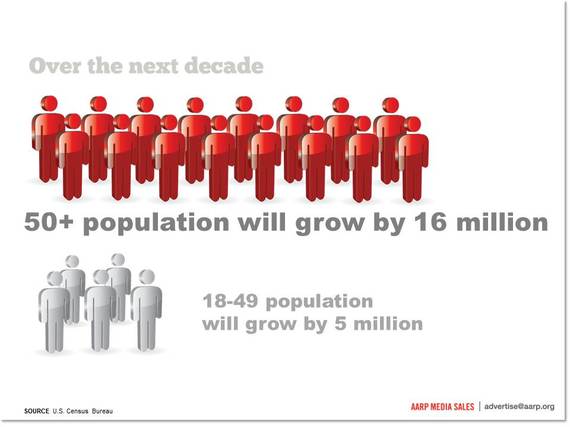 Not only is the 50+ demo the largest age group in the United States, it is also its fastest growing. This sizeable group will increase by 16 million over the next decade, more than triple the pace of younger demographics. 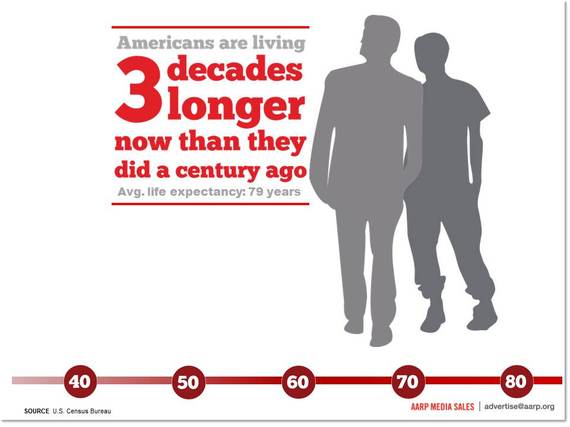 Boomers are drinking the proverbial "fountain of youth" and living longer than ever before. In fact, Americans are living three decades longer now than they did a century ago. Boomers are not just living longer, they are living better, feeling more youthful than their predecessors and remaining engaged, active, and fulfilled.

4. Boomers Own a Majority of U.S. Financial Assets 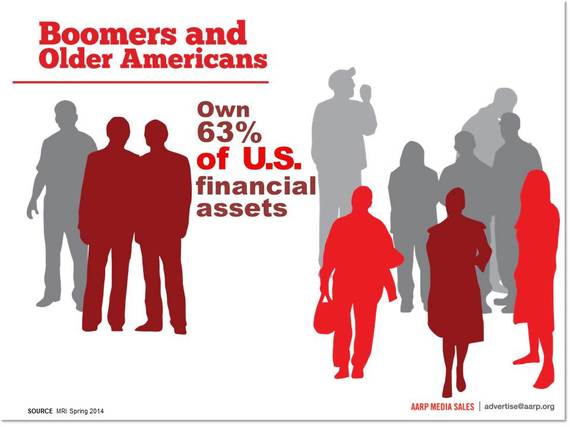 In a serious show of wealth and spending power, Boomers own a large majority of U.S. financial assets. Boomers and older Americans own 63 percent of all American financial assets, making them a serious economic force to be reckoned with and a highly coveted group for marketers looking to have a serious impact.

5. 50+ Are More Likely to Have Financial Investments 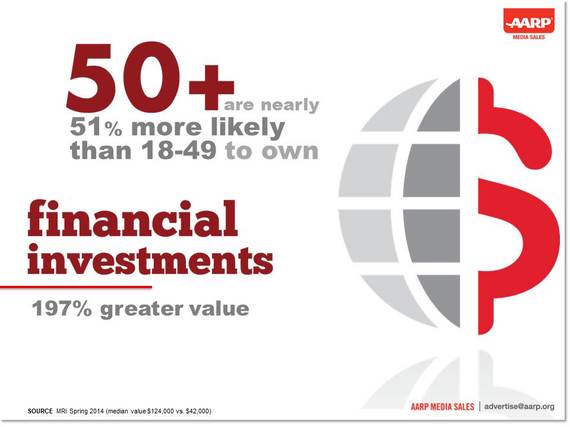 6. They Outspend the GDP of Several Major Nations 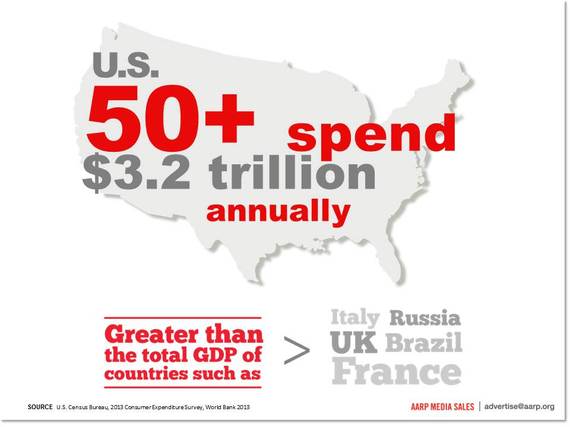 Want to put into perspective the vastness of the 50+ demo's spending power? The U.S. 50+ population spends $3.2 trillion annually. That is a total greater than the GDP of nations such as Italy, Russia, the United Kingdom, Brazil and France. 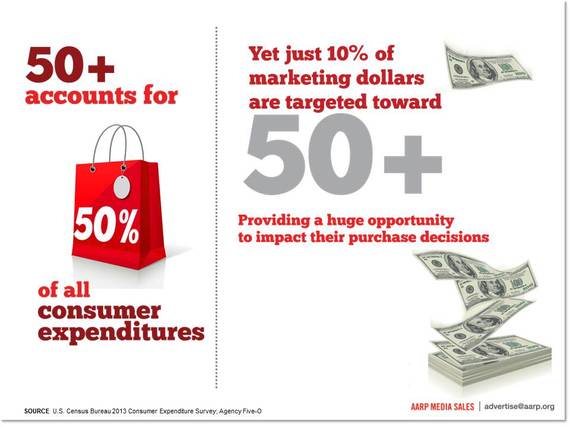 The 50+ demo accounts for half of all consumer expenditures -- yet a shockingly small 10 percent of marketing dollars are targeted toward 50+. Clearly, the numbers don't add up, and overlooking the 50+ demographic is a major marketing mistake. Targeting the 50+ demo, marketers will see serious payoff when it comes to benefitting their bottom line.