I graduated college when I was 21.

At that point in my life, I felt old. I couldn't help but fear entering the real world and working with people my parents' age. I was nervous to gain "responsibilities" and start planning for the "future." I was positive at that moment that my youth was ending.

As time went on, I was only getting older. I was getting tired more often. I was seeing friends less and less. My metabolism was becoming nonexistent. My skin was not agreeing with my face. My bills were growing more and more. I was growing up -- and I kind of hated it, so I wrote a lot of angry articles (OK, lists) about it.

When I turned 26 almost a year ago, everything started to slowly change. OK, well the only thing that changed was my attitude towards all the changes that had already happened, but I guess that's a pretty big change. I started to actually live in the present instead of dwelling over the past. I started to look toward to my future instead of absolutely dreading what was to come. I started to enjoy life, for real.

Here are eight things I've learned to love about getting older (and when I say "older," I mean "late 20s," which I now know is not actually "old").

1. My closet is full of investment pieces instead of cheap shit from Forever 21 that will be out of style in three months.
Investing in my wardrobe feels -- and looks -- good. Even if I can't really afford a dress I want from, say, Madewell, I'm going to buy it anyway because I can (well, sort of can, anyway).

3. I now spend Saturdays and Sundays living life instead of lying on the couch (or next to the toilet) with a horrible hangover.
OK, well I guess that depends on whether or not I went out the night before, because when I go out now my hangovers are 10x worse than they ever were before. This in itself might be why I don't go out as much these days.

4. Even though I don't see my friends as often as I used to, when we do see each other, I talk to them more than I did for the first half of my 20s.
Remember in high school and the first half of college, when you used to hang out with your friends on someone's parents' couch while watching TV (and, if the parents weren't home, drinking cheap liquor)? Well, as you progress into your late 20s, this becomes a trend again, except at your home (not your parents') and with more expensive booze. Instead of getting together strictly to get wasted and then struggling to scream over each other in loud, crowded bars, I now get together with friends in settings where we can actually speak to one another and catch up. Like a casual bar, a lounge, a nice restaurant, or... someone's couch. Just like old times! Of course, I still dabble in crowded bar and club life sometimes -- but only sometimes, because going out hard now is, well... hard.

5. I've started to take care of myself in a way I didn't used to.
For example, even though I've noticed my skin isn't as nice as it used to be, that's inspired me to take better care of it.

6. My adult apartment is way more homey (and chic!) than my post-college apartment.
Now that I have money to spend on achieving a Pinterest-y look and feel (a.k.a. knockoff Pottery Barn, because we all know Pinterest is really just a cover for the cyber cult "Pottery Barn for Peasants"), I actually feel cozy in my living room, and I tend to enjoy sprawling out on my bed (#StarfishLife). In addition to being comfy, my apartment also photographs well -- especially in Valencia -- which helps my social media presence, I guess.

7. Weddings are fun.
When I was in my early 20s, I thought that when the wedding invites started coming, that would mean I was old. I associated weddings with being at the age where you have to settle down, have it all figured out and become boring. That is so far from the truth. Not only have I realized that you NEVER have it all figured out (and you can change where and how you settle down at any time), I've also learned that weddings are actually fun. Open bars? Hello.

8. If I don't want to do something, I don't do it.
And I no longer sit at home with extreme FOMO stressing about the "fun" and "friend bonding time" I could be missing out on when I don't do something. No one is going to forget about me and never invite me out again if I stay in for a weekend (or two). It's science. I do what I want to do and that makes me happy. No explanations or excuses necessary.

PHOTO GALLERY
20 Tips to Make the Most of Your 20s
Download
Calling all HuffPost superfans!
Sign up for membership to become a founding member and help shape HuffPost's next chapter
Join HuffPost 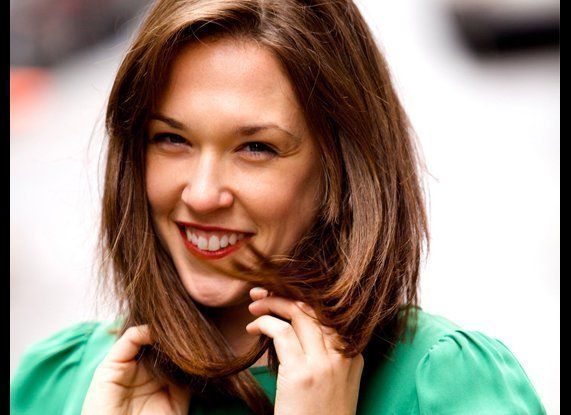 1 / 20
1. Don’t be afraid to jump at an opportunity
"In your 20s, you're still early in your career and life, so you not only have less serious obligations (mortgage, family), but you also aren't entrenched in your work networks and what you've built as your career story. That's not to say to jump willy-nilly, but when an opportunity presents itself that seems really unique or interesting, go for it! As someone who started in accounting, then went to investing, and am now in media, you never know where your experiences will lead you." - Kara Eschbach, Co-Founder and Editor-in-Chief, <em><a href="http://verilymag.com/" target="_hplink">Verily Magazine</a></em>