By Elizabeth Stamp for Architectural Digest.

Tour the most extraordinary bookshops across the globe, from a hidden gem on Santorini to a repurposed church in The Netherlands. 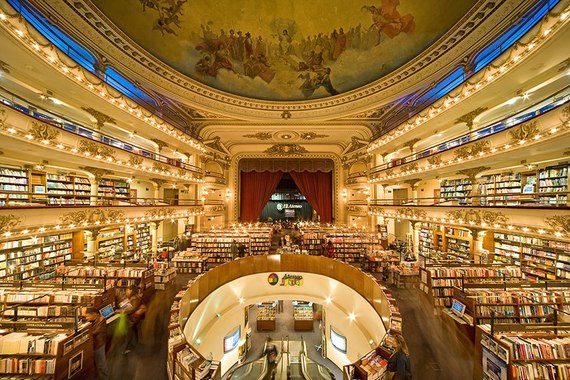 Architect Fernando Manzone transformed a former theater into a spectacular branch of El Ateneo, the Argentine bookseller. Located in the Recoleta area, the 1919 building displays rows of books beneath the domed ceiling painted by Italian artist Nazareno Orlandi and along the ornate balconies. Avenida Sante Fe 1860, Buenos Aires; yenny-elateneo.com. 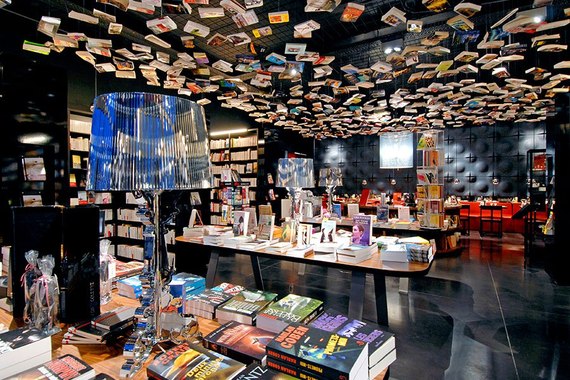 Shoppers can feast on words as well as food at this inventive bookshop in Brussels. Designed by interior architecture firm Delacroix & Friant, the store is spread over two buildings and divided into nine uniquely decorated sections, each with its own dining area. Books appear to hover above the black-and-red fiction department, while an Airstream is the centerpiece of the travel area. Place du Temps Libre 1, Brussels; cookandbook.be. 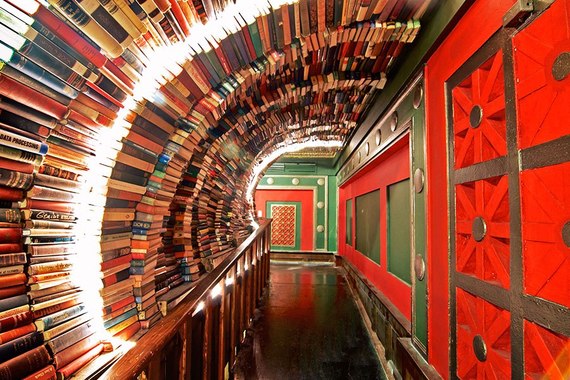 Read more: The Best Hotels Around the World

Set in a 20,000-square-foot space in downtown Los Angeles's Spring Arts Tower, the Last Bookstore is a madcap cross between an independent bookstore and an art installation. The airy space is filled with creatively repurposed volumes, including a mural and tunnel made out of books. 453 South Spring Street, Los Angeles; lastbookstorela.com. 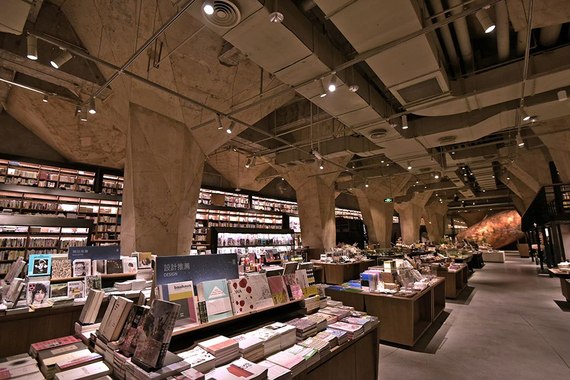 Architect Chu Chih-Kang took inspiration from the life of a Tang Dynasty Buddhist monk and scholar when creating the concept for the new Fang Suo Commune location in Chengdu. Designed as a knowledge depository, the subterranean space features a variety of natural materials, such as concrete, copper, iron, and sycamore, which are combined to create dramatic, almost Brutalist interiors. Taikoo Li mall, Chunxi Road, Jingjiang District, Chengdu. 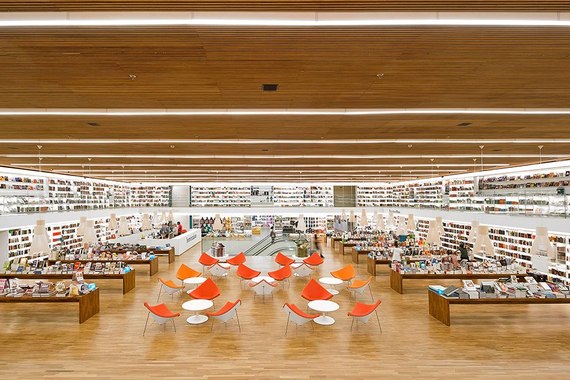 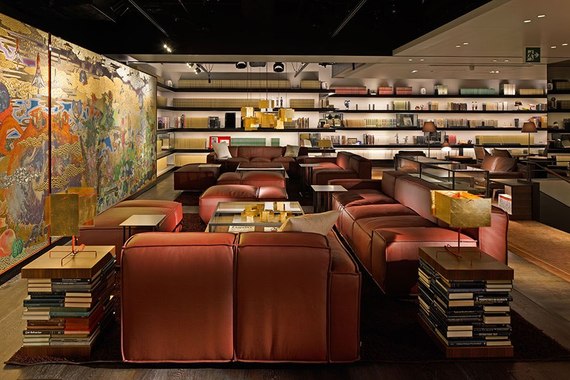 Designed by Klein Dytham Architecture to feel like a "library in the woods," Daikanyama T-Site is composed of three buildings connected by a central corridor known as Magazine Street. Each pavilion is clad in latticelike screens of interlocking Ts and low-emissivity glass, which reflects the surrounding trees. Inside, the Anjin Lounge is decorated with a screen by contemporary artist Masatake Kosaki and a bar and tables made of secondhand books. 17-5 Sarugakucho, Shibuya-ku, Tokyo; tsite.jp/daikanyama/. 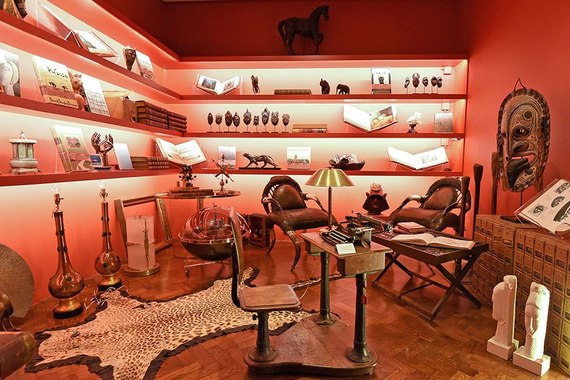 The esteemed publishing company celebrated its 20th anniversary last year by opening its first international flagship, in London's Piccadilly area. The 5,400-square-foot store is set in a 1922 building designed by Sir Edwin Lutyens, and shoppers can commission custom-made volumes from the on-site bookbinder, dine in the café, and outfit their home library with both books and furnishings--including a curated assortment of antiques displayed in the "cabinets of curiosities." 196A Piccadilly, London; assouline.com. 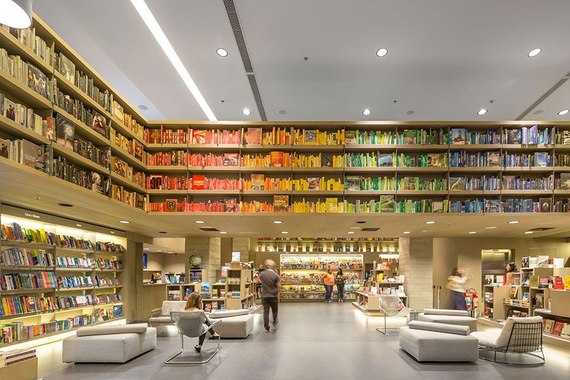 Click here for even more of the world's most stunning bookstores.

The Most Spectacular Libraries Around the World