The lesson I am about to share I learned on the mean streets of the early years of integrative medicine and health. This was the time of the first "complementary and alternative medicine" coverage in the late 1990s. The lesson's a "duh!" no-brainer once you get it. Yet my experience in sharing this perspective with others on an insurer's perverse incentives tells me that it's not well-known.

So - if this is new to you - here is a simple lesson that will cement your views about the negative value of insurers in U.S. health reform.

Hard knocks for integrative care advocates: insurers are not aligned

First, context. Many of us have a belief that whole person, natural therapeutics would cost less and have beneficial effects on systems economics. Holistic, integrative and naturopathic medical doctors, chiropractors, acupuncturists and others readily speak of patients getting off drugs or not needing pharma and thus avoiding significant adverse effects. Other patients forego costly tests, procedures and surgeries. Imparting self-care principles reasonably might contribute to long-term cost reductions. Won't an empowered patient be less likely to need a doctor, or run to the ER? 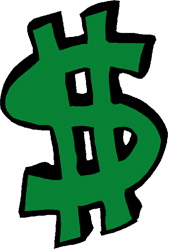 I called these the "hot-tub claims" of the integrative practitioners. These were beliefs most held, prior to much hard evidence. Integrative clinicians share such patient stories with each other in relaxed moments.

They weren't the only one's with such beliefs. In the first era of integration, these expectations of likely savings held across surveys of multiple stakeholders - including employee benefits manager, patients and even some insurers. I captured the survey data on of these perceptions in a March 2000 column for Medical Economics entitled "Is Alternative Medicine More Cost Effective?"

Today we have a growing body of evidence that in many measured environments, these hot-tub claims pretty well hold up. A seminal survey led by Patricia Herman, ND, PhD, an economist-naturopathic physician-researcher with the RAND Corporation, and Harvard's David Eisenberg, MD, found cost-effectiveness for complementary and integrative care in 28 separate studies. The publicly accessible website of the Project for Integrative Health and the Triple Aim, which I was involved in developing, hosts dozens of studies showing value from integrative strategies in the Triple Aim interest in "lowering per capita cost." A recent study from the Benson-Henry Institute found 43% reduction in use of medical services.

The perverse incentive in the insurer's cost-plus business model

So, wouldn't insurers be gung-ho to examine the potential for savings from integrative strategies? Isn't this reasonable logic? And if the insurer received, say, $5000 for a family's premium, and they spent less than that, wouldn't that mean higher profits for the company? We anticipated a ready willingness from insurers to partner and engage pilot projects to discover whether services were add-on or replacement, what the net would be, and how to implement the new services.

Wrong. In a given premium year, that logic holds. But over the arc of multiple years it does not. The reason is that insurers are essentially cost-plus operators. The more that medical services cost, the higher, over the long term, is their cut.

Here's how it works. In the United States, we operate with a general agreement that insurers can take roughly 20% of the premium dollar. It's called the 80/20 rule. Here it is, at at Healthcare.gov: "The 80/20 Rule generally requires insurance companies to spend at least 80% of the money they take in from premiums on health care costs and quality improvement activities. The other 20% can go to administrative, overhead, and marketing costs.> It s quite remarkable the government officials responsible for this statement did not say "profit," which also figures in heavily. Do the math:

Were you the owner, or the person responsible for maximizing profits for your shareholders, would you rather play with $700 or with $3200? Are you, the insurer, better off when family premiums are at $3500 or at $16,000?

The dance of insurers on cost saving inside a given premium year is for them the lesser of their two orbits. Think of a moon around a planet. The big game - the sun around which the insurer's business prospects revolve - is the year to year cycling upward of premium increases. In that orbit, these corporations are perversely incentivized. They benefit from increases in costs. They benefit off the increase of disease. A bit of delayed gratification may be required until premiums rise in a year or two. But they will jack rates and continue to benefit from the over production of high cost and even unnecessary medical procedures.

On the medical delivery side - versus the payment side - the Affordable Care Act is pushing a move away from the industrial focus of churning procedures and enhancing revenues. The direction is toward a value-based medicine. It's stimulating some opportunities for integrative health.

Yet the 80/20 rule keeps insurers locked in a special, friendly relationship to the disease-focus, to high-production practices, and to the soaring costs of medicine. They are not friends of the integrative health and medicine approaches for which the big money is in saving money.

How does one say public option -- or whisper again, single payer?