A toxic man can squelch your Bad-Assery. You are a Badass. You just know you are. You have at least 10 jets that propel you through your badass life.

The problem is, when you date a toxic guy, he can drain your jets.

So instead of having all 10 of your jets at your disposal, trying to change and control your toxic guy can use up the energy from each and every one of those jets.

I'll offer myself as a case study:

From 1992-1997, I dated and lived with a toxic fellow I'll call Mister Cruelly Handsome. During that time I was trying to make a career as an actress in Hollywood. And during that time I booked only two jobs. One national commercial and one guest-starring role on one episode of a television show.

Prior to dating Mister C, I'd performed in five music videos, five plays, booked two movies (one where I played the lead), booked roles in four television shows and had a five-month run in a prestigious theater on the east coast, making me bi-coastal during that time. 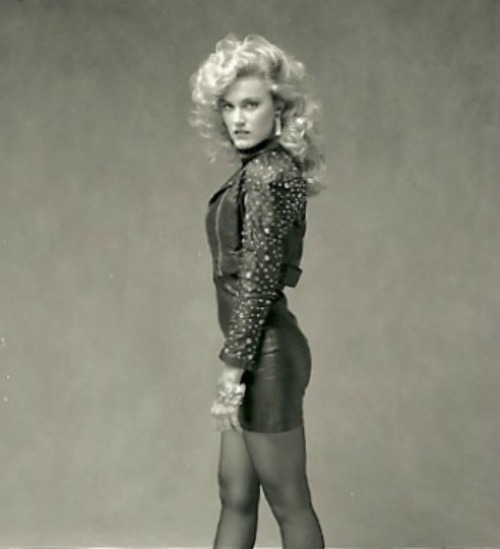 (back in the day)

My focus shifted from building my career and body of work to managing a relationship I had no control over.

Because I spent five years with only one or two of my jets at my disposal I got, literally, nowhere.

I didn't even move closer to my personal goal of marrying and starting a family.

If anything, the more jets I used to move Mister C toward that future with me, the further I travelled away from my heartfelt desires.

When I finally unclenched the fist with which I grasped this toxic relationship and let it go, suddenly all 10 of my jets were on fire. Here's what happened:

In the safe harbor of a loving relationship I continued along my journey of personal discovery and growth with changing myself for the better as my only goal.

And guess what? All of this happened within six years. Just one year longer than my dead-end, toxic relationship with Mister C.

So I have a task for you. I want you to make two lists.

LIST ONE: Write down every. single. thing. you do in order to change or control your toxic partner.

Write down everything, how much time to you spend working out to look good enough for him? How much of your hard earned money do you spend to impress him? How many hours a day do you think and or talk about him? As well as how many hours you spend stalking him or going to couples' counseling with no results.

Don't leave anything out!

LIST TWO: I want you to make a list of all of things you could accomplish if you weren't doing all the stuff in list one.

This includes things you would do to achieve your business, personal and spiritual goals.

Once you've written everything down I want you to share it with an objective third party, which is bound to give you a wake-up call.

"The first step toward change is awareness. The second step is acceptance." -- Nathaniel Branden, psychologist

If you found this post helpful Opt-In to Shannon's newsletter HERE!