When you’re slotting your recent dates into their respective archetypes -- “She was a clear-cut Carrie.” “He’s such a jock.” -- the name Simone de Beauvoir is unlikely to enter the conversation.

Acclaimed for her feminist theory and existential philosophy, Beauvoir was one of the first women to receive a degree from the prestigious Sorbonne in Paris and the youngest person to pass the infamous philosophy agrégation test. Most know her for her contributions to the vibrant Parisian intellectual scene and her relationship with Jean-Paul Sartre.* What few people know is that Beauvoir once gave a succinct, snarky and brilliant breakdown of the nine people you’re bound to date.

In part two of The Ethics of Ambiguity, Beauvoir details a series of common responses people have to the loss of childhood. You know, the realization that the world does not have a god-given or parent-given meaning. That in the moment we seem free to act, but we are paradoxically bound to destiny. The truth is, most people you meet are struggling with that horrifying mix of freedom and lack of freedom that comes with adulthood. But they’re all grieving in different ways. Beauvoir is taking subtle shots at some of the greatest thinkers of the era -- she’s no fan of Friedrich Nietzsche -- and her categories are uncannily applicable to recent Tinder dates.**

1. The Sub Man: “Nothing ever happens; nothing merits desire or effort.”

The worst of them all, the sub man catches a glimpse of post-infantile freedom and, horrified, closes him or herself off from the world. His parents indulged a fear of broccoli and now he refuses to eat Asian fusion. Deciding long ago that everything in the world is insignificant and dull became a self-fulfilling prophecy, and instead of facing up to the challenge of free will, he hides from it. This is the mopey, apathetic guy/girl who can stand in front of the Golden Gate Bridge and remain unimpressed.

Risk Factor: Low. You’ll spot him or her a mile away.

2. The Serious Man: “The serious man gets rid of his freedom by claiming to subordinate it to values which would be unconditioned.”

Probably the most common type, the serious man solves the existential crisis of teendom by choosing some arbitrary object or system to define his or her values. There’s no real reason why she chose that thing -- is your lifting regime/spin class really that sacred?? -- but once she's decided, she isn't going to change. Serious men pop up everywhere, from religious fanatics to greedy CEOs who define self-worth with money. At one point she probably questioned her cultish adherence, but now she believes "for belief’s sake," just to have some absolute meaning in the world. Hint: She tends to know she's a fraud, so you can spot her by her penchant for irony.

Risk Factor: Medium. If you have chosen similar arbitrary values, you should be okay.

3. The Passionate Man: “Having involved his whole life with an external object which can continually escape him, he tragically feels his dependence.”

Easily mistaken for the serious man, the passionate man will obsessively invest all his or her energy and belief in something. But the passionate man does not believe that meaning lies in that object -- but in his or her relationship to it. He'll talk endlessly about his special connection to the new FKA twigs album or 17th-century Italian poetry, which might inspire you but also makes “any conversation, any relationship [...] impossible.” If you’re lucky enough to be the object of passion, you’re in for a magical, overwhelming romance -- but be on the look out for things to go overboard. Sadly, the passionate man must confront that he'll never be fully fused with you or with Ms. twigs.

Risk Factor: Medium. Ideal for an intense summer romance -- as long as you can deal with the emotional fallout and break-up fight of your life.

4. The Nihilist: “Conscious of being unable to be anything, man then decides to be nothing.”

Usually found in teenagers who have just lost the idyllic state of childhood, it can also pop up in the mid-life crises of those who tried to be serious -- and failed. Sometimes they seem like sub-men, but nihilists took a chance on the world. They tried to exercise their freedom, but were beaten down. So they tend to be more exuberant, more aggressive, and more likely to force on you their prurient readings of Nietzsche.

Risk Factor: High. Unlike sub-men, they aren’t content just sitting around and being grumpy. They have to prove to everyone else that the world is meaningless -- even if that means destroying things others have created. “If he wills himself to be nothing, all mankind must also be annihilated,” Beauvoir cautions. Yikes.

5. The Demoniacal: “One stubbornly maintains the values of childhood, of a society, or of a Church in order to be able to trample upon them.”

A peculiar brand of the serious man, the demoniacal remains loyal to some organizing principle or group -- but only so she can reject and complain about them. This is the Birkin-bag touting woman who works at Vogue but lambasts the fashion industry. It’s the guy who recommends burgers for dinner only to spend the meal complaining about the ethics of grass-fed beef. Classic domain of the hipster.

Risk Factor: Low. Pretty easy to spot, though their split personalities might seduce the overly curious.

6. The Adventurer: “He throws himself into his undertakings with zest, into exploration, conquest, war, speculation, love, politics, but he does not attach himself to the end at which he aims; only to his conquest.”

The upbeat, optimistic version of the nihilist -- the adventurer knows there is no ultimate meaning of life. So he decides to embrace a hedonistic existence of curiosities, seizing a million opportunities without remaining loyal to any one. “He likes action for its own sake,” seems to have emancipated himself from existential angst and lives "in the moment" like we all wish we could. He or she will sweep you off your feet with smooth talk infused with pop-Buddhism. But beware: the adventurer holds a secret desire for his or her exploits to be told of in history books and demand the “approval of a few faithful.”

Risk Factor: High. Full of seductive and idealistic aphorisms, the adventurer will secretly prop up any social evil that enables his lawless, bohemian lifestyle. Will either become emotionally dependent when she realizes how close she is to nihilism or ditch you when the next adventure appears.

7. The Critic: “He understands, dominates, and rejects, in the name of total truth, the necessarily partial truths which every human engagement discloses.”

Ever-skeptical, ever-cautious, the critic is wary of becoming either serious or nihilistic. So she avoids allegiance to a single doctrine, but maintains the idea that some doctrines can have more meaning than others. The critic, though, remains devoted to the mind as an objective, universal space that can escape the subjectivities of the body. But it’s all a ruse: “Instead of the independent mind he claims to be, he is only the shameful servant of a cause to which he has not chosen to rally.” The critic dresses in all black and inevitably qualifies statements with expressions like “on one hand,” “almost,” “virtually,” “it appears,” etc.

Risk Factor: Low. Not particularly seductive and not unpleasant to be around. Tendency to swap positions will grate on you over time.

8. The Artist: “It is existence which they are trying to pin down and make eternal.”

Like the adventurer, they have fairly mature reactions to their existential crises. Accepting that the world has no “essence” to be chased down, the artist turns his or her attention to the surface of life, and tries each day to transmute that surface into something remarkable. Like critics, though, artists secretly believe in an objective space outside of time and free will: beauty. He or she will drone on and on about the importance of a current painting, and that interest can easily waver into the behavior of a passionate or serious archetype.

Risk Factor: Medium. You might get drawn in by how watercolors can emancipate you from all existential concerns ... till you realize that you’ll never measure up to their true idol: art.

9. The Free Man: “Man can find a justification of his own existence only in the existence of other men.”

By Beauvoir’s account, there’s one rare breed of person who comes face-to-face with existential angst and makes it out on the other side. They do so by unselfishly focusing on the happiness of others. Passing by the fixations of other types -- adventurous exploits, art, the mind, doctrines -- but never lapsing into nihilism, they hold true to one principle: to protect the freedom of others. This is the altruistic soul mate, the best listener, the person who would unconditionally sacrifice his or her own well-being for your own. It’s unclear if any of these free men and women exist. “To will oneself free is also to will others free,” says Beauvoir. Maybe she was the only one.

*Though Beauvoir’s relationship with Jean-Paul Sartre is often lauded as the paragon of intellectual couples, the two actually led quite free-form romantic lives, often engaging in ménage à trois and taking separate lovers in their open relationship. Sartre's romantic games verged on the despicable, and probably fell much closer to the serious or critic archetypes than the free man.

**Beauvoir opts for male gender pronouns, but they've been intentionally mixed up here. 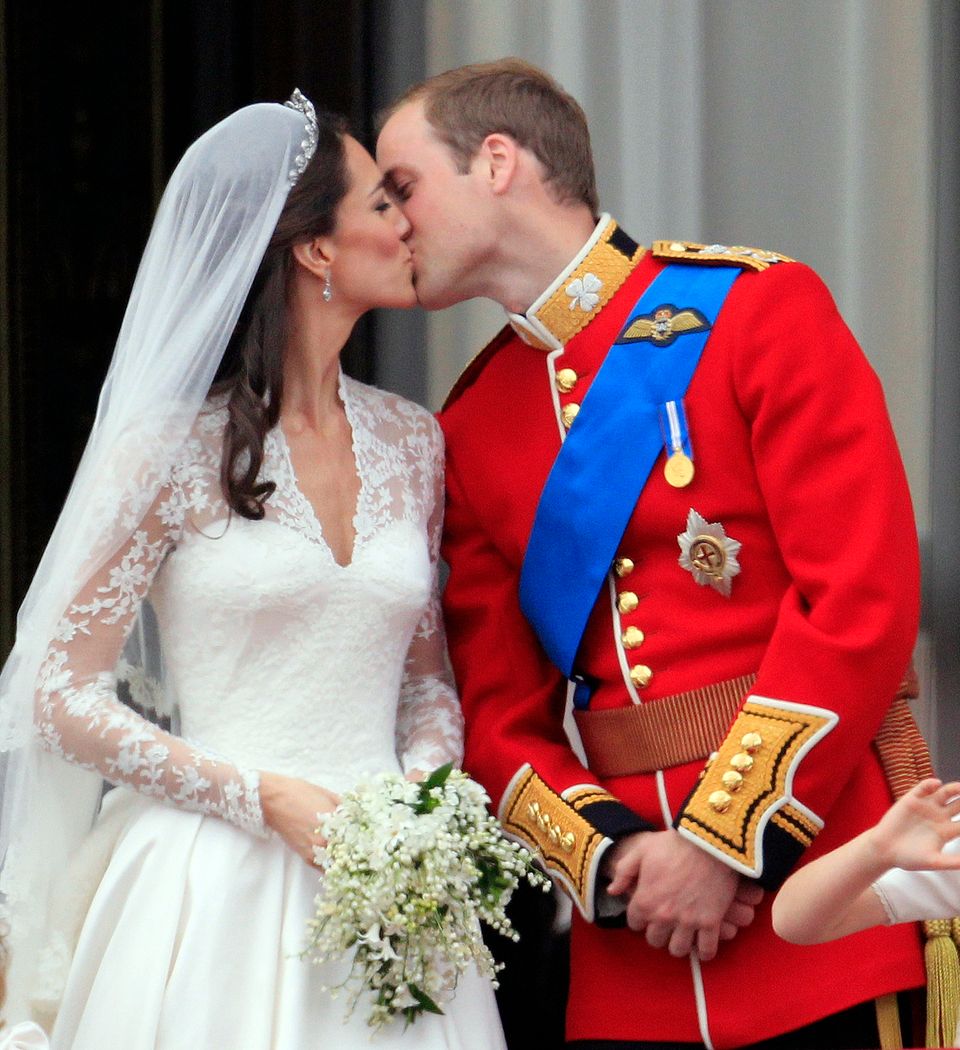