Whether it came on suddenly when you were playing tennis or more gradually over many years, knee pain can keep you from doing even the most basic of activities. At the very least, it can limit your ability to move as easily or quickly, or sit in one place for an extended time.

Arthritis is the most common cause of knee pain for older adults, said Dr. Julie Switzer, an orthopedic surgeon at Regions Hospital in St. Paul, Minn. Arthritis comes in three main forms, she said: osteoarthritis, inflammatory arthritis and post-traumatic arthritis.

We’ll examine these types, as well as other causes of knee pain, below. The others include Lyme arthritis, torn cartilage or ligament, tendinitis, bursitis, gout and spontaneous osteonecrosis of the knee. Then, we’ll offer some treatment options.

Osteoarthritis, also known as degenerative joint disease, is the most common form of arthritis. It occurs when the cartilage, a rubbery material that covers the end of a bone, breaks down and may eventually wear away.

The biomechanics of your knee have changed as a result of that injury. That exquisite, nearly frictionless movement has changed.

“A lot of those patients will have morning stiffness — they’ll have what I call ‘movie theater knee,’” said Dr. Alan Reznik, an orthopedic surgeon in New Haven, Conn., and a spokesman for the American Academy of Orthopaedic Surgeons (AAOS). “You go to the movies and you can’t get up right away; you’re very stiff. Once you get going, you’re OK.”

Osteoarthritis occurs most often in people over 65 and risk factors include obesity, previous injury to the knee, overuse and weak thigh muscles, the Arthritis Foundation says. An increased risk can also be genetic.

Rheumatoid arthritis, psoriatic arthritis and lupus all fall under the category of inflammatory arthritis, Switzer said.

People with rheumatoid arthritis, an autoimmune disorder, often have painful swelling and warmth in the joints.They may have frequent fatigue and low fevers. The Mayo Clinic says the condition can also affect the eyes, lungs, heart and blood vessels. Unlike osteoarthritis, morning stiffness in rheumatoid arthritis may be prolonged, according to the American College of Rheumatology.

Psoriatic arthritis is a chronic condition that can cause joint damage if not treated. Characterized by swelling and pain in large joints, it typically occurs in people with skin psoriasis, according to the American College of Rheumatology.

Lupus is an autoimmune disorder that, in addition to causing pain and swelling in the joints, may involve the kidneys and the tissue around the heart and lungs, the American College of Rheumatology says. It affects 10 times more women than men.

Post-traumatic arthritis often develops years after an injury caused by a sports game, a car accident, a fall or another event. When playing sports, for example, a person may have suffered a torn meniscus. The meniscus is cartilage that helps cushion the knee joint. Other injuries may include fractures or a dislocated kneecap.

Injuries like that can cause instability and wear on the joint, the American Academy of Orthopaedic Surgeons says. That’s made worse by repeated injury or excess weight, according to the Cleveland Clinic.

“The biomechanics of your knee have changed as a result of that injury,” Switzer said. “That exquisite, nearly frictionless movement has changed.” Symptoms include pain, swelling, fluid in the joint and increased difficulty in walking, stairs, sports and other activities that put stress on the joint.

Lyme disease usually appears first as a rash around the site of a deer tick bite. But if left untreated, the secondary stage is often pain and swelling in a joint, Reznik said. If you suspect Lyme disease, talk to your doctor.

Common types of injuries in this category include tears in the anterior cruciate ligament (ACL) and the medial collateral ligament (MCL) that often occur during sports, according to Midwest Orthopaedics at Rush. Symptoms of an ACL are a loud popping sound and immediate pain, followed by swelling and knee instability with difficulty walking. Symptoms of an MCL include pain when pressure is put on the ligament and — with a complete tear — greater pain, swelling and an inability to straighten the leg, Midwest Orthopaedics says.

Tendonitis is inflammation of a tendon, the fibrous tissue that connects muscles to bones. When it happens in the knee, it is sometimes referred to as jumper’s knee, and older people who run, bicycle or dance may be especially prone. As we age, the tendons get weaker and stiffer.

But you don’t have to be an athlete to experience it. Repetitive motion in activities such as gardening can contribute to tendinitis as well. The condition causes pain just outside the joint, according to the Mayo Clinic. People suffering from it may feel the pain during running or walking quickly.

Similar to tendonitis, bursitis is inflammation of the bursa, a small, fluid-filled sac that acts as a cushion between a bone and other moving parts. It is more common as we age and may be precipitated by kneeling for extended periods on a hard surface, such as when you garden.

Gout is the formation of calcium urate crystals in a part of the body. The big toe is the most common region, but the knee is “probably the second most common place,” Reznik said. “The crystals are quite painful… you get a very bad inflammatory response,” he said.

Spontaneous Osteonecrosis of the Knee (SPONK or SONK)

SPONK or SONK occurs when when a local area of bone loses its blood supply and begins to die, Reznik said. That leads to a softening and sometimes collapse of the bone, which will cause knee pain. It is sometimes associated with very high cholesterol or steroid use, Reznik said. More than three times as many women as men suffer from it, and most of those are over 60, according to the American Academy of Orthopaedic Surgeons.

Many people with knee pain can be treated without surgery. Common treatments include anti-inflammatories like ibuprofen, resting the knee, ice, taping or bracing to stabilize the knee or physical therapy.

“Only the people who have clear findings of mechanical problems that can be corrected surgically are candidates for surgery or arthroscopic surgery,” Reznik said.

In fact, a 2015 Danish review of studies published in the British Medical Journal found that people in their 50s and older who get arthroscopic surgery for knee pain show no lasting benefits. And doctors often disagree about whether knee surgery does more harm than good.

Reznik believes it is vitally important to pay attention to your pain.

“Pain has many benefits,” he wrote in an article for the AAOS website. “It helps the body release special chemicals that are needed for healthy healing…. Using too much pain medication can override Mother Nature’s messages. Therefore masking pain completely with a drug is never ideal. It can lead to failure of fracture repair, increased swelling, delayed healing and missed complications.”

How your ethnic background affects your health

Tips for fall-proofing your home

PHOTO GALLERY
The Best Ways to Treat 5 Types of Pain 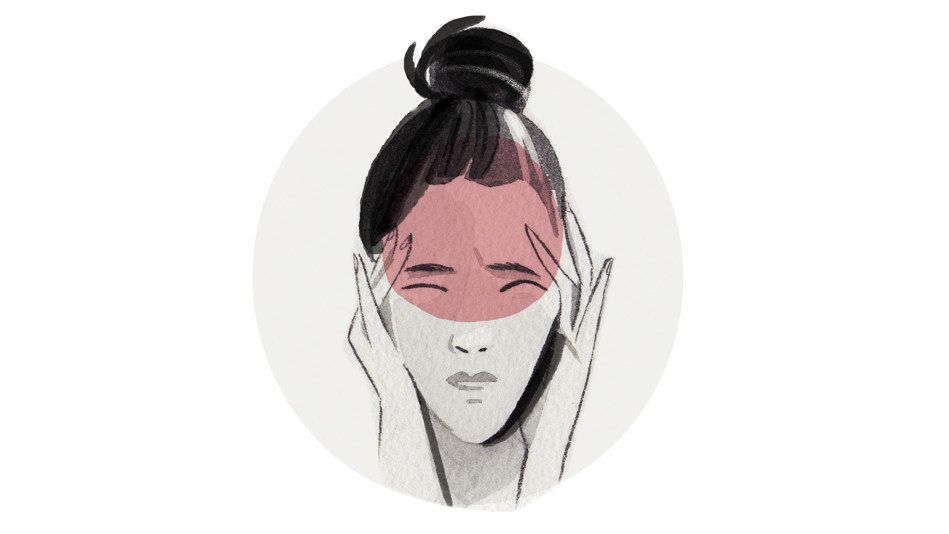 1 / 5
The Best Thing to Do for Migraine Pain
Nearly one in four women between the ages of 18 and 44 has experienced a migraine in the past three months, according to one study. Yet many women, not realizing what they're dealing with (a migraine often involves intense throbbing on only one side of the head), treat the pain like a really bad headache. You're more likely to feel relief if you use a targeted approach. Here's how to handle a skull buster: <br><br> <strong>Tuck your chin.</strong> Neck pain has been found to be a more common symptom of migraines than nausea, according to a 2010 study. "It's one reason why migraines go untreated by patients: They assume that the neck pain is just part of a general tension-type headache," says MaryAnn Mays, MD, a headache specialist at the Cleveland Clinic. When a migraine strikes, she recommends doing simple chin tucks -- move your head toward your chest and hold the position for about ten seconds, release, then repeat. <br><br> <strong>Don't ignore allergies.</strong> "Almost half the migraine patients I see also have allergies," says Mays. "We suspect that allergies cause nerve inflammation and the release of chemicals like histamines that can trigger a migraine." Take your allergy meds, and if that doesn't work, consider shots: Research suggests that women ages 18 to 45 who get them will see a 52 percent reduction in migraine frequency compared with those who don't. <br><br> <strong>Try magnesium.</strong> This mineral supplement is recommended by the American Headache Society -- and may be particularly helpful to those who experience aura or have migraines associated with their menstrual cycle, Mays says. One small study found that taking 600 milligrams per day reduced headache frequency by roughly 42 percent at the end of 12 weeks.
Libby Vanderploeg