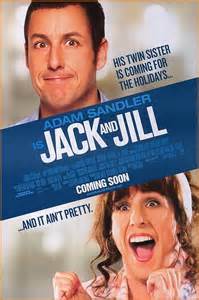 Schneider is right. Being clever is hard. Why even try? You can make just as much money writing and appearing in crap. I mean, you do something good then they always expect good. Of course, Schneider was making an assumption. He couldn't know for sure. With "The Animal," "Deuce Bigalow, Male Gigolo" and "Hot Chick" under his belt, he would have had to make a good movie first to know for sure.

In standup you have an audience that judges every bit you do and that happens every night you appear on that stage. In movies I just look at the camera. I don't have to look at the reviews. I only look at the paycheck and I can write my own check, literally (thank you Happy Madison Productions), even if the only person who laughs at my film hasn't moved on to middle school yet.

Tonight Schneider and I decided to see if this was true, so we made a bet that from now on the first one who attempts to make a good film pays the other twenty-five bucks. Easy for Rob. He was ready to shoot "European Gigolo."

Me? "I Now Pronounce You Chuck and Larry," is something I've been thinking of a while. Me and James will get paid a shitload of money with the brilliant concept being the we have to fake being gay. That way we can exploit every gay stereotype without once moving deeper than 5th grade lunch table humor.

Working on a script where I get a bunch of friends to show up at a camp reunion and... well, that's pretty much it. Then, hilarity ensues, except for the hilarity part. Problem is we can't find sixty seconds of dick jokes that work to put together for the trailer. Really doesn't matter since I talked Chris Rock into being in it and most people would never think he would ever commit to this kind of garbage. Really, having Kevin James fall off a rope into a lake will be enough. I mean, he's fat and there's water. Gold!

You're not going to believe this, but just fucking around at a party - and I was really loaded - I said to this guy from Columbia Pictures that it would be cool to do a film where I play my own sister. Crap, right? They bought it. Might call it "Jack and Jill" just to make it as hackneyed as possible.

Still in Jill makeup - I have no idea how Murphy deals with a month in ten pounds of foundation and fifty pounds of fat suit - but while I was taking a dump I thought that it might be time for me to start playing more mature roles. Kidding. I mean a mature role where I play an overacting idiot. Sweet. Callin' it "That's My Boy," I will be a father and someone younger will play my son.

Just about nailed the bet with Rob. I pitched, "Grown Ups 2" and they ate it up. Just to make sure it's a piece of shit I'm going to put "Grown Ups 2" on the title page but just copy "Joe Dirt," and see if David Spade knows the difference. Bam, another $20 million in the old Sandler pension plan.

July, 2013
Dear Journal,
I just farted and want to see if I could develop it into a complete pile of shit. Universal had already given me seed money for it. Then something even better came up. Better meaning worser. It's called "Pixels." I'm not writing it but with me and James co-starring with a bunch of animated Pac-men, it can't have a hint of credibility to it. But they're doing it anyway. I mean it'll be better than the contrived bullshit I did in "Blended." After a first date that goes downhill fast, me and Barrymore run into each other at a resort where we end up, here it comes, falling for each other. Organic or what?

January, 2015
Dear Journal,
We're calling off the bet. We both realized that we have lost all sense of reality, of what is good and what is bad. I mean, literally, I don't know the definition of either. Neither of us can figure out how to work a dictionary, though I not ruling out the possibility of making my next film about a dictionary. I mean, supposedly it has every word in the English language in it so all I really have to do is put them in some kind of order and then call up three or four of my friends to be in it. Wow.

Still, I would have loved to win that $25. Wait a minute. Why couldn't that be a film too? Is being creative cool or what?

Award-winning television writer, Steve Young, is the author of "Great Failures of the Extremely Successful," (www.greatfailure.com) and is whore enough to be available for any Sandler film.