I'll always remember the day I found out I'm adopted. I was 7 when my mother revealed the news. I had a distinct routine that I followed every day after school: I would go to my room, immediately replace that day's school clothes with pajamas, and get started on my homework. But on this particular occasion, my mother called me to the kitchen table -- and it wasn't for dinner.

She spent what seemed like an eternity explaining how much she loved me, how important I am to her, and how nothing would change my role in our family, before finally dropping the bombshell: She actually didn't give birth to me. Young, naïve, and easily distracted, I didn't understand the weight that news carried.

However, the tears streaming down her face showed me the heaviness of this information. In that conversation, she emphasized that being adopted might change how other people viewed me, but would never change the way she felt about me.

I still feel an elusive uneasiness when I look back on that day. The uneasiness resurfaced when an NBC anchor adoption-shamed Simone Biles, a record-breaking Olympic gold medalist. NBC gymnastics commentator Al Trautwig bullied the 19-year-old Black teenager online for being adopted and raised by her maternal grandparents.

After a woman on Twitter suggested that Trautwig refer to Nellie and Ron Biles as Simone's parents on-air, he responded: "They may be mom and dad but they are NOT her parents."

"My parents are my parents and that's it," Biles graciously responded in an interview with US Weekly.

Even though the all-around champion had the perfect retort, she also made me face one of my greatest fears: My status as an adoptee being used to disrespect and dehumanize me. It's a feeling that I would never wish on anyone, especially since I've experienced it multiple times. 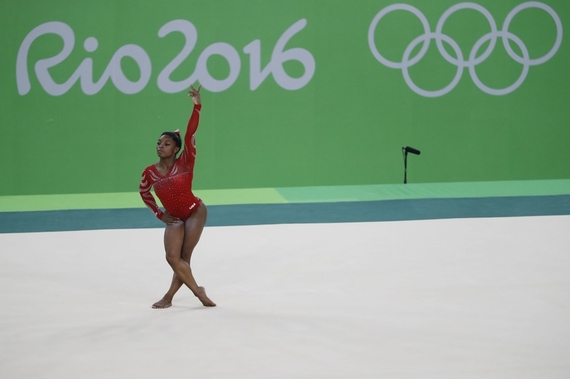 Child-rearing came up frequently during my time as a preschool teacher. My coworkers often commented on how cute the students were, which hinged on physical traits they inherited from their parents. I found this practice slightly annoying, but I chose to work with young children, so I had to deal with the commentary that comes with the territory.

I even engaged in some of the banter -- some kids are irresistibly cute. But one particular conversation with a coworker left me disheartened. I asked her if she would consider adopting a child since her doctors told her she'd have high-risk pregnancies.

"No," she replied coldly. "I would never adopt a child. It just wouldn't be the same as having my own." As an adoptee, this stance saddens me because of the palpable disdain some people have toward people who take in a child that needs a loving home.

Granted, there can be barriers to adoption such as costs, waiting lists, and birth parents changing their minds at the last minute. Yet, these factors aren't mentioned when I encounter people, like my former co-worker, who don't consider adoption an option.

The adoption process can be daunting, complex, and mentally draining. However, my adoptive mother decided that I'm a risk worth taking -- even after learning my backstory.

I am a boarder baby, meaning my biological mother, who battled drug addiction, abandoned me in the hospital right after she gave birth. I stayed in the hospital for several months until my adoptive mother -- afraid that she would be unable to physically carry more children of her own -- decided to foster me. I legally became her daughter a year later.

Although I had a happy ending to my story, I still rarely discuss the fact that I'm adopted.

I don't share this information for a pretty straightforward reason: It's emotionally taxing. Adoption is a sensitive subject and is frequently mentioned callously by those who aren't affected by it directly. I haven't disclosed being adopted to anyone since high school. My high school classmates responded with disdain when I shared my background.

I don't share this information for a pretty straightforward reason: It's emotionally taxing. Adoption is a sensitive subject and is frequently mentioned callously by those who aren't affected by it directly. I haven't disclosed being adopted to anyone since high school. My high school classmates responded with disdain when I shared my background.

I remember a friend responding with pity and condescension when I told her. "That is so sad -- I can't believe your mom didn't want you!" she professed with such dramatic flare that I thought she'd rehearsed her response and merely waited for the right time to say it.

She also seemed visibly uncomfortable with the idea that a single parent could effectively raise an adopted Black girl and said how 'lucky' she felt to have the biological family that she has.

Once I went to college, I decided that I wouldn't tell anyone, even the guys I dated, that I'm adopted. It made attributing the characteristics of my physical appearance a little tricky. However, I quickly learned to arbitrarily assign my inherited skin tone or height or shoe size to whichever family member I wanted to at that particular moment. Often, the fascination with my family ended there.

There were never any real consequences for keeping my adoption to myself; I never felt like I owed anyone an explanation. Although I talk about my family all of the time, I just consider it easier to omit my adoption. 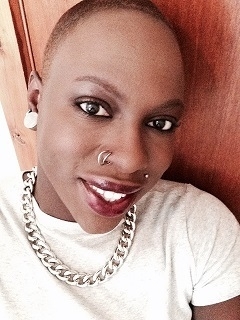 The circumstances of my adoption often leads to questions I'm not always comfortable answering: How does it feel to be given up for adoption? Do you ever think about finding your biological family? Do you ever wonder what it would have been like to be raised by them? These questions force me to reevaluate my feelings after I've spent so much time fully accepting why my biological mother gave me up for adoption.

My feelings have ranged from shame to sadness to apathy to denial, but not talking about being adopted has made it easy to dodge the invasive and ignorant questions as well as the unwanted pity. In a way, my silence has been my coping mechanism. I'm not sure if I will ever fully accept being adopted -- there are some days where it's overwhelming, especially when considering the stereotypes around it.

People who choose to adopt are often seen as having outrageous savior complexes; those who are adopted must be poor souls that are destined to live a life of emptiness and inadequacy because they are being raised by people who aren't biologically related to them.

None of that is true.

The thought of adoption makes some people cling harder to the superficial promise of traditional, nuclear households. In fact, less than 50% of children today live in a 'traditional' family. As it turns out, adopted children who live in these unconventional households do just as well as the general population -- it just isn't publicized.

I will admit my mother mired in emotional austerity and financial distress, but it wasn't a consequence of her decision to adopt four children. It's a byproduct of a system that constantly overlooks and fails black women. A system that stigmatizes us, keeps up in ghettos, limits our access to education, and further devolves perception of Black women in America.

These stereotypes manifest into harmful narratives around Black children being adopted. The most prevalent myth is that Black children are inexpensive to adopt. Not only is this statement debasing, racist, and offensive, it is also untrue.

Adoption fees vary in cost and have different variables including whether or not a person goes through a public or private agency, home study expenses, and legal fees. Of the 400,000 children in foster care, only 100,000 of them are able to be adopted.

Black children are the second largest group in the system at 40%. While a family decided to foster and adopt me, all children aren't that lucky: 23,000 children age out of foster care without finding a permanent family. Having that stability is crucial for that child's advancement in all areas of their life -- and can be helped by people being more interested in fostering and adopting.

Studies have shown that children who are adopted physically, educationally, and psychologically develop just as well as children who aren't. Yet, it is hard for adoptees to explain why we don't want to be defined by our familial ties, but also consider them the crux of who we are.

These notions, combined with the misconceptions surrounding what it means to be a Black woman, has made discussing my adoption seem more cumbersome than seamless. Bars are set lower for adoptees. Our behaviors are scrutinized at every turn and we are constantly reminded of our unique origins.

No matter how much criticism I receive, I am extremely proud of where I come from, what I've accomplished, and the mother who raised me. It's just taken me a little time to say it.