This is Part Three of a three-part overview of the CDC's Adverse Childhood Experience Study -- the ACE Study. "Adverse childhood experiences" has become a buzzword in social services, public health, education, juvenile justice, mental health, pediatrics, criminal justice, medical research and even business. Many people say that just as you should know your cholesterol score, so you should know your ACE score. But what is the ACE Study? And do you know your own ACE score?

In the last 14 years, Drs. Robert Anda, Vincent Felitti and researchers at the Centers for Disease Control and Prevention have published more than 60 papers about the CDC's Adverse Childhood Experiences Study in prestigious peer-reviewed journals, including the Journal of the American Medical Association and the American Journal of Preventive Medicine. Other researchers have referenced their work more than 1,500 times. Anda and Felitti have flown around the U.S., Canada and Europe to give hundreds of speeches.

Their inquiry "changed the landscape," says Dr. Frank Putnam, director of the Mayerson Center for Safe and Healthy Children at Cincinnati Children's Hospital Medical Center and professor at the University of Cincinnati Department of Pediatrics. "It changed the landscape because of the pervasiveness of ACEs in the huge number of public health problems, expensive public health problems --- depression, substance abuse, STDs, cancer, heart disease, chronic lung disease, diabetes."

The ACE Study became even more significant with the publication of parallel research that provided the link between why something that happened to you when you were a kid could land you in the hospital at age 50. The stress of severe and chronic childhood trauma - such as being regularly slapped or punched, constantly belittled and berated, watching your father beat up your mother - releases hormones that physically damage a child's developing brain.

Flight, fight or freeze hormones work really well to help us accelerate when we're being chased by a vicious dog with big teeth, fight when we're cornered, or turn to stone and stop breathing to escape detection by a predator. But they become toxic when they're turned on for too long.

As San Francisco pediatrician Nadine Burke Harris recently explained to host Ira Glass on the radio program, This American Life, if you're in a forest and see a bear, a very efficient fight or flight system instantly floods your body with adrenaline and cortisol and shuts off the thinking portion of your brain that would stop to consider other options. This is very helpful if you're in a forest and you need to run from a bear. "The problem is when that bear comes home from the bar every night," she said. 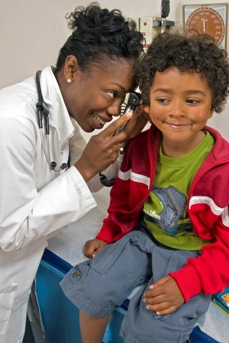 If a bear threatens you every single day, your emergency response system is activated over and over and over again. You're always ready to fight or flee from the bear, but the part of your brain - the prefrontal cortex - that's called upon to diagram a sentence or do math becomes stunted, because, in brains, emergencies - such as fleeing bears - take precedence over doing math.
For Harris' patients who had four or more categories of adverse childhood experiences "their odds of having learning or behavior problems in school were 32 times as high as kids who had no adverse childhood experiences," she told Glass.

Together, the two discoveries - the epidemiology of the ACE Study and the brain research -- reveal a story too compelling to ignore:

Children with toxic stress live much of their lives in fight, flight or fright (freeze) mode. They respond to the world as a place of constant danger. With their brains overloaded with stress hormones and unable to function appropriately, they can't focus on learning. They fall behind in school or fail to develop healthy relationships with peers or create problems with teachers and principals because they are unable to trust adults. Some kids do all three. With despair, guilt and frustration pecking away at their psyches, they often find solace in food, alcohol, tobacco, methamphetamine, inappropriate sex, high-risk sports, and/or work and over-achievement.

They don't regard these coping methods as problems. Consciously or unconsciously, they use them as solutions to escape from depression, anxiety, anger, fear and shame.

What all this means, says Anda, is that we need to prevent adverse childhood experiences and, at the same time, change our systems - educational, criminal justice, healthcare, mental health, public health, workplace - so that we don't further traumatize someone who's already traumatized. You can't do one or the other and hope to make any progress.

"Dr. Putnam is right -- ACEs changed the landscape," Anda says. "Or perhaps the many publications from the ACE Study opened our eyes to see the truth of the landscape. ACEs create a "chronic public health disaster"that until recently has been hidden by our limited vision. Now we see that the biologic impacts of ACEs transcend the traditional boundaries of our siloed health and human service systems. Children affected by ACEs appear in all human service systems throughout the lifespan -- childhood, adolescence, and adulthood -- as clients with behavioral, learning, social, criminal, and chronic health problems." 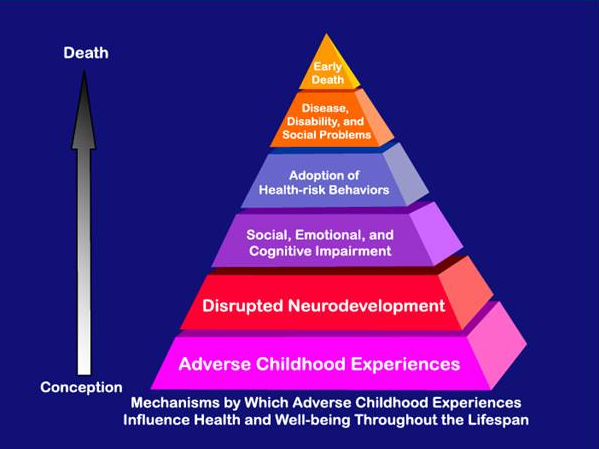 But our society has tended to treat the abuse, maltreatment, violence and chaotic experiences of our children as an oddity instead of commonplace, as the ACE Study revealed, notes Anda. And our society believes that these experiences are adequately dealt with by emergency response systems such as child protective services, criminal justice, foster care, and alternative schools. "These services are needed and are worthy of support -- but they are a dressing on a greater wound," he says.

"A hard look at the public health disaster calls for the both the prevention and treatment ACEs," he continues. "This will require integration of educational, criminal justice, healthcare, mental health, public health, and corporate systems that involves sharing of knowledge and resources that will replace traditional fragmented approaches to burden of adverse childhood experiences in our society."

According to a CDC study released earlier this year, just one year of confirmed cases of child maltreatment costs $124 billion over the lifetime of the traumatized children. The researchers based their calculations on only confirmed cases of physical, sexual and verbal abuse and neglect, which child maltreatment experts say is a small percentage of what actually occurs.

You'd think the overwhelming amount of money spent on the fallout of adverse childhood experiences would have inspired the medical community, the public health community and federal, state and local governments to integrate this knowledge and fund programs that have been proven to prevent ACEs, and develop new approaches. But adoption of concepts from the ACE Study and the brain research has been remarkably slow and uneven.

On the federal level, the Substance Abuse and Mental Health Services Administration (SAMHSA) - probably the largest federal agency you never heard of - launched the National Child Traumatic Stress Network in 2001, and the National Center for Trauma-Informed Care (NCTIC) in 2005. Much of the work focused on stress from individual traumatic events, or individual types of child abuse; only recently has there been a focus on dysfunctional families or changing systems that engage those families to become trauma-informed, i.e., not further traumatizing already traumatized people, as so many of our systems do.

Until the last 10 months, the medical community practically ignored the ACE Study. Just last December, the American Academy of Pediatrics issued a policy statement recommended that its members screen for toxic stress in their patients. With some local exceptions, the public health community has not embraced it. In fact, the CDC -- the one agency you might think would use its own research to reorganize how it approaches prevention of alcohol, obesity, sexually transmitted diseases and smoking -- has whittled down funding for the ACE Study to practically nothing, and nobody's working on it full time.

However, on a local and state level, there's been considerably more action. Washington was the first state to embrace the ACE Study and the research on children's developing brains, when its Family Policy Council distributed the information through a statewide network of 42 communities. Over the last three years, 18 states have done their own ACE surveys, with results similar to the CDC study.

In these dozens of organizations, agencies and communities, the results of the new approach are nothing less than astounding: the most hopeless of lives turned around, parents speaking "ACEs" and determined not to pass on their high ACEs to their children, and a significant reduction in costs of health care, social services and criminal justice.