Showtime's new drama, "The Affair," presents two perspectives of the same tragic love story. This leads to a series of conflicting accounts most concisely referred to as "Rashomon" moments (named for the famous film by Akira Kurosawa). Are such mismatched perspectives a realistic account of the way we remember our lives? HuffPost Entertainment spoke to "The Affair" co-creator and writer Sarah Treem and renowned memory expert Elizabeth Loftus, who is not affiliated with the show, to find out.

"We do have a tendency to distort our memories in ways that make us look better or feel better about ourselves."

Sarah Treem wouldn't call the two main characters of "The Affair" unreliable narrators. Their memories differ so drastically at times it seems inevitable one or both of them are lying. The way Treem sees it, the objective truth lies somewhere between Noah and Alison's version of the story, a middle ground that is perhaps only available to the audience. Neither is trying to obscure what happened with the two distinct accounts presented across each episode. The reality is simply that both remember themselves as the heroes of their own story.

"The Affair" is, as New York Magazine television critic Matt Zoller Seitz put it, the first show that's "mainly about how we shape life narratives to flatter ourselves." And it's not just a creative rendering of how we retrospectively imagine our lives. In fact, we often distort memories and false ones can be implanted through something as simple as suggestion. As unsettling as this may be, the wildly differing accounts represented in "The Affair" are an accurate representation of the malleable way we form memories in real life. 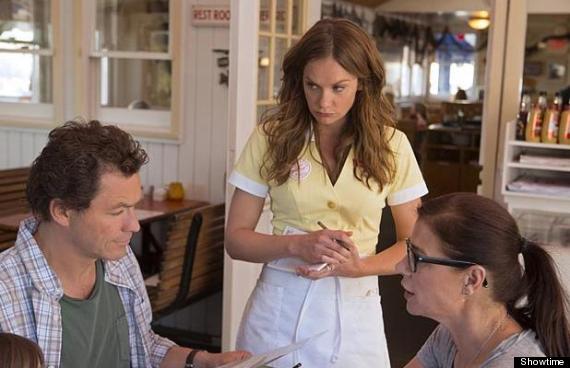 "It doesn't surprise me that you can get very rich dramatic memories for things that never happened," Elizabeth Loftus told HuffPost Entertainment. Over the past 40 years, Loftus has done extensive work investigating the way false memories can be created. "In the research, either I or others have planted memories about being lost and frightened, about having an accident at a family wedding, of being attacked by an animal as a child, all made up and injected into the mind of the subject for purposes of studying this process."

"I can imagine somebody thinking they saved a child from choking when they didn't."

That process is called "external suggestion," but "autosuggestion" (as in from the self and not a researcher or other outside influence) is another common way that memories can come to reflect things that did not occur. "We can suggest things to ourselves. We draw inferences about what might have happened and these inferences can solidify and feel like memories," Loftus said. "Sometimes, we imagine things that are different from what the truth is and later those imaginings get remembered as though they’re actual experiences."

What struck Loftus from the pilot episode of "The Affair" was the scene in which Noah's daughter is choking. From his perspective, Noah saves his daughter; from Alison's point of view, she is responsible for dislodging the marble from the girl's throat.

"A layperson might say, ‘Wait a minute, how could you possibly think you did it? One of these two people or both of them didn’t do it,'" Loftus said. "But we do have a tendency to distort our memories in ways that make us look better or feel better about ourselves, in a way that satisfies some kind of motivation we have."

In writing the choking scene, Treem received notes saying it should be reversed: each character would remember the other saved Noah's daughter. But she didn't find that authentic.

"They wanted the opposite, almost like a meet-cute, where you could understand why they fell in love with each other in the moment, because they both remember the other person as a savior," she said. "But it seemed to me more interesting and perhaps more psychologically accurate if they both remembered themselves doing it. They basically have an ego in their understanding and remembrance of what happened in that moment." 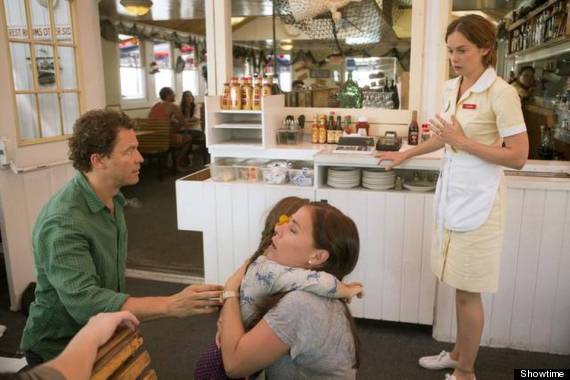 Treem got that ego element exactly right. "There is research showing we remember our grades as higher than they were, we remember we voted in elections that we didn’t vote in, that we gave more to charity than we really did, that our kids walked and talked at earlier ages than they really did," Loftus explained. "So, I can imagine somebody thinking they saved a child from choking when they didn't, because it might make them feel better about themselves."

Loftus also noted that sometimes creating memories can be based on not simply flattering ourselves, but filling some need. Since Alison's child has died, Treem considered the fact that she might find some emotional fulfillment in saving a child from dying.

"'In a more flattering light' is one way we shift memories, but also if it serves some motivation," Loftus said. "You might not think there would be a point to remembering, for example, that you’d been molested. What’s flattering about that? But it’s serving some other purpose. It’s explaining your problems."

It's worth noting that Treem wanted to take out the dead child storyline after she had her son. She added that element to make the audience sympathetic to Alison, but actually having a child of her own changed everything.

That is one extreme element that affects the different points of view. Throughout the pilot and series, the POV is also altered in more subtle ways, which are revelatory of the way our perception distorts reality, even in non-stressful events. For example, Alison is much less dowdy in Noah's sequences (she even has a spray tan that's missing from scenes where she remembers herself at a time when she was depressed).

By bringing the audience in as participants to think about where the empirical reality lies, Treem was interested in presenting understanding as dialectic. "The objective truth is that no one person is the purveyor of truth," she said. "Everyone approaches the situation through the prism of their own perspective. Therefore, everybody is somewhat subjective in their memory, in the way that they’re telling the story. The objective truth exists in the conversation between the two sides."

The selfishness of all of that -- and the way the ego exerts itself -- is perhaps what stands out most of all in the way we distort memories to turn ourselves into the hero. And that's especially uncomfortable when you're dealing with the romance of an affair.

"Love stories are so much much about the other person, and coming together and sacrificing yourself. But I don’t actually think that is how we fall in love," Treem said. "I think a lot of the times we fall in love with people because of the way that they see us. They see us as the most idealized version of ourselves, and that makes us feel good."

Are The Mismatched Perspectives On 'The Affair' Realistic? We Asked A Memory Expert
Celebrity News & Photos