The second season of Showtime's drama The Affair has arrived. Having seen previews of a month of episodes, I plan to keep watching.

Yes, there's plenty of sex. However, the show is far more than just thrusting bodies in motion. Specifically, in a scene that included brief full-frontal male nudity, my takeaway from the encounter was not about the man's genitals or his verbalizations in the throes of passion. Rather, what was meaningfully clear was that the woman's emotional core was elsewhere. The sexual interlude served to underscore her internal state.

Given that the co-creators of the show are Hagai Levi and Sarah Treem, that subtext was not a surprise. Treem adapted Levi's original Israeli series Be'Tipul for HBO, which became the hit In Treatment. The basis for the plot was sessions between a psychologist and his patients.

In The Affair's first season, the construct was to unfold the story through the perspectives of the adulterers, Alison (Ruth Wilson) and Noah (Dominic West). They are both attractive, gifted actors who keep the audience engaged. (Okay, truth be told, at first it was jarring to be see Wilson play normal after her previous role as a psychopath in Luther.)

This time around, the respective spouses are part of the primary equation. Building on the established format, Alison's husband, Cole (Joshua Jackson) and Noah's wife, Helen, (Maura Tierney) are paired within an episode. Four points of view now yield a full-fledged Rashomon experience. The individual recounting of events reflects disparate interpretations of incidents -- from dialogue and clothing worn to the diverging memory of who sat where at a divorce mediation meeting.

The tag line for the show is, "The Truth is Suspect." In real life, each person's impression of reality varies widely -- whether the arena is in the home sphere, daily events, or the world stage. Here that concept is writ large.

Narrative threads serve to comment on class and gender issues. While characters cross back and forth over not so invisible boundaries, the narration pulls in sidebars such as drug dealing, economic conflict, art versus commerce, generational divides, and -- as a plot device -- possibly murder. The police detective conducting the interrogations is one of the few people of color in the cast.

Through Helen's eyes, the audience is afforded a deeper look at a mother of four children, and betrayed spouse who thought her twenty-year marriage was in good shape. Beyond the prism of Noah's side of the story, Helen presents as a pawn in a dysfunctional family, who struggles with an overbearing and demanding mother. She does her best to cope with her vulnerabilities by drinking white wine and smoking grass to take the edge off her current circumstances. Helen's most telling moment is her reaction to an empty space on her bedroom wall, where a painting by her father-in-law had previously hung. It has left the premises, along with her husband.

The giddiness of the initial, secretive sexual encounters have been packed away, enabling viewers to fully observe the emotional fallout devastating Noah's and Helen's children. No one escapes unscathed, and that includes the oldest generation of parental figures.

The chance meetings of various players may stretch the imagination, such as when Noah's supercilious father-in-law gets into Cole's taxi for a ride to Montauk. Information is revealed that conveniently explains an earlier scene. Even so, you have to go with the writers who give Helen's father the quote, "You never get to go back no matter how badly you miss it. You just gotta keep moving forward."

It will be interesting to see how that thought plays out. 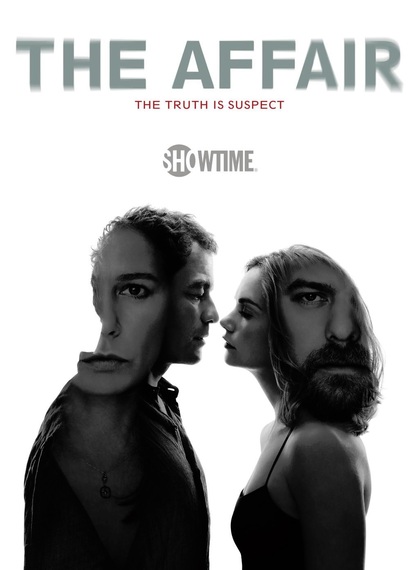 This article originally appeared on Ravishly.com