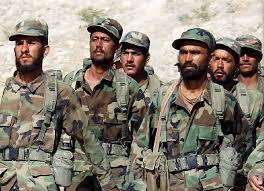 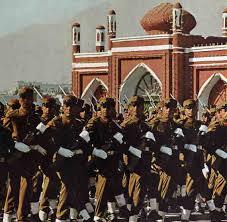 The Afghan security forces are no longer bound to limit their night time raids and to not use heavy weapons in fighting the Taliban insurgency. This is a sharp departure from the policies of former President Karzai, who had increasingly grown weary of the night raids by joint Afghan and international forces. He had also prohibited the army from using heavy weapons such as mortars, heavy long range artillery, and so on, to limit collateral damage which had alienated the villagers whose homes were attacked resulting in civilian casualties. The thinking was that alienating local people would drive them towards the Taliban, sapping any shred of support the government may have hoped for. As a carrot, Karzai reasoned this policy would also woo the Taliban to engage in serious negotiations for peace. Offering this carrot to the Taliban was not effective, but NATO and American night raids did alienate civilians. The Taliban successfully exploited this grievance to generate ill will toward the government and international forces. This has also been an effective tool for the Taliban to recruit foot soldiers among the disaffected in the mostly Pashtun belt of the south and the east of Afghanistan. Shortly after taking office, new Afghan President Ashraf Ghani tacitly reversed Karzai's stance, giving the American and Afghan forces the green light to resume night raids. For the first time General Qadam Shah Shahim, the Afghan Army's Chief of Staff, recently officially articulated the new policy during an officers' graduation ceremony in Kabul. He said that the Afghan National Security Forces (ANSF), but especially the army, were no longer banned from conducting night raids and using heavy weaponry. Not only have the Taliban not changed, but the previous policy emboldened them according to Shahim. He added that by conducting night raids and other special operations, the army is not in violation of any law and therefore will not be subject to prosecution. He boasted about inflicting heavy casualties on the enemy in recent weeks in the north and northeast of the country. But in a somewhat contradictory statement he acknowledged that the ANSF is not yet capable of defending the country against the insurgency without the help of international forces.

While the Taliban have pockets of support in the north, northeast and elsewhere in Afghanistan, the majority of night raids take place in the provinces dominated by the Pashtuns. These provinces include Helmand, Kandahar, Zabul, and Nimroz in the south and southwest and Paktiay, Kost, Paktika, Nengarhar, and Kunar, among others, in the east. The all-volunteer Afghan National Army (ANA) numbers about 170,000 troops, according to the Special Inspector General for Afghanistan Reconstruction's latest report. Ethnically, the majority of the ANA is made up of ethnic groups such as Tajiks and other groups from the north. The Pashtuns, which constitute the largest ethnic group in Afghanistan, have little representation. Therefore, the ANA is essentially an ethno-tribal army and not a national army like the one that Afghanistan once fielded up until the late 1970s. The Afghan army was then an all conscript army drafted from every corner of the country and consisted of all tribes and ethnic groups (Pashtuns, Tajiks, Hazaras, Uzbeks, Turkmans et al.).

The U.S. has thus far spent $60 billion to train, equip and sustain this politically unbalanced Afghan ethno-tribal army. The hope is that this army will be able to safeguard the U.S. investment of a trillion dollars or so over the past 14 years, not to mention all the blood that has been shed. Unfortunately we don't have a good record of persuading the people we want to help to do their part to build their nations for long term stability. The case in point is Iraq. After our initial faux pas in breaking apart the remnants of Saddam's army in 2003, we spent billions to rebuild the new Iraqi Army, which included some Iraqi Sunnis. But our man in Baghdad, Nouri Al Maliki, systematically dismantled the structure to create an all Iraqi Shia army. While it may have served Maliki's short term political calculus, it proved disastrous in countering the rise of ISIS (which includes many of Saddam's disgruntled Sunni soldiers). We are at it again trying to train and assist another new Iraqi army to fight a fight upon which their survival depends. I am afraid we will not succeed in creating truly national armies unless the indigenous leaders bring about political inclusiveness giving their governments legitimacy. It is ironic that Saddam's army fought the Iranians in the 1980s as Iraqis and not as Shias or Sunnis. As brutal a leader as he was, Saddam was at least able to instill a sense of nationalism in his army.

In Afghanistan most of the battle has taken place in the Pashtun belt. Regardless of the fact that the Taliban draw heavily from the ranks of the Pashtun tribes, many Pashtuns believe that the Afghan government in Kabul and the international forces have conspired against them. Even though former President Karzai was a Pashtun as is new President Ghani, the security apparatus (including the rank and file soldiers) is mostly staffed by the Tajiks. Therefore, the new policy of taking the fight mostly to the Pashtun areas may backfire as a result of the night raids and increased civilian casualties. The Afghan government wants the U.S. to stay in Afghanistan for as long as possible because they know that the ANA is not up to the task. We need to push the Afghan government to bring about political reform, curb corruption, and build and strengthen state institutions. These are the prerequisites for creating a genuinely national security force to meet Afghanistan's security challenges.