A few weeks ago I had lunch with my friend Dot Moore...she was the mother of many kids that were my friends growing up...and we always had a wonderful time in her house. During lunch we talked about a lot funny things that had happened in those days, especially The Afternoon of the Lizard and her son Will, who was about six at the time. 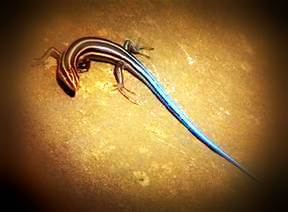 One fine summer morning Will had managed to capture a beautiful blue lizard and created a home for him in a Hellman's mayonnaise jar... holes were punched in the metal top to allow him to breathe and he put in some grass for him to lie on...not a bad job for a six-year old!

While Dot was always open about having lots of us kids around, with various livestock added to the mix...cats, dogs, and some other unusual creatures, she was diametrically opposed to adding a lizard to the zoo.

We decided to help her out.

"Will, that is such a beautiful lizard! Did you see his mom and dad out there too when you caught him?"

Trusting as only a six year-old can be he said he hadn't.

"Well I didn't see any mom and dad lizards out there, so I bet they are not."

It was going to take a while to wear him down.

"I bet his mom is crying because she can't find her baby...and she has the dad looking everywhere for him. Do you think she might be crying?"

"I don't think lizards can cry," he replied.

This went on for a couple of hours, talking more and more about how much the parents were missing their baby and he finally cracked. He wanted the baby to go back to his parents, and Dot was relieved.

We had a big ceremony on the back steps of their wonderful old home on Woodley Road. Will was on board with releasing his pet back to the parents who were no doubt searching high and low for him. We all gathered around.

His long blond bangs hanging down, tears in his enormous eyes, he knelt on the step, lay the jar on its side, and slowly unscrewed the lid. The lizard looked around through the glass, realized suddenly that he was able to get out and leapt out onto the brick steps.

At that moment one of their cats, who had been watching from a vantage point, sprung out in a giant arch, grabbed the lizard and ate him, the poor lizard's tail frantically wiggling as he was swallowed.

There was stunned silence. Will got a little hysterical.

"How do we let his parents know that he gotted eated by the cat? They will never find him."

There just were no words. There still aren't.

Will was never quite as trusting after that afternoon.