Any thought to the strategic trajectory of China and its according infrastructure must take into essential consideration the bleak reality of its environment. Polluted air in the capital, Beijing, and increasingly across all provincial capitals including Hong Kong, is a threat to its widely perceived inevitability to equal and then surpass the economic and social edge of America, mired as critics have it in a fading 20th century that used to bear is namesake leadership label. 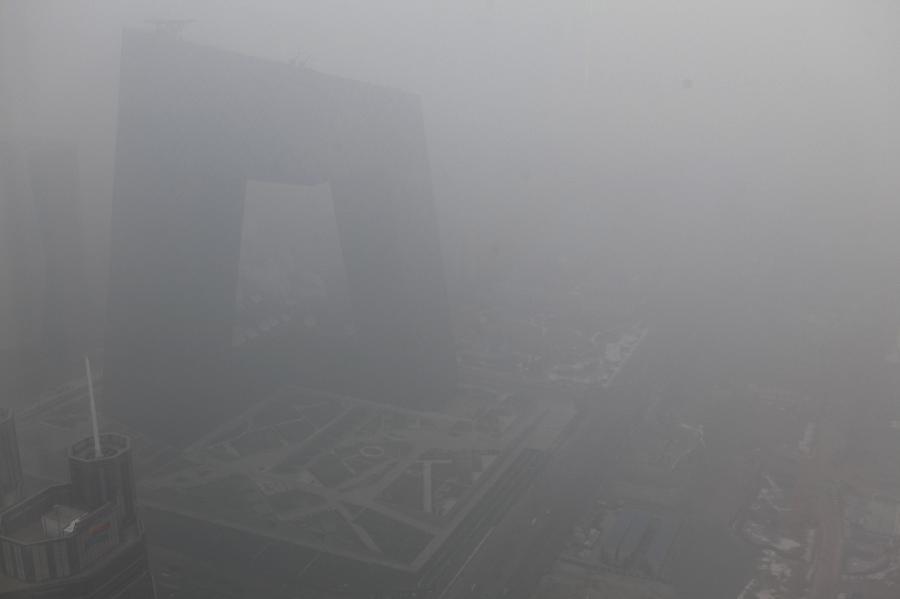 Likewise any coherent appreciation of or engagement with China's contemporary design and planning progress and strategic initiatives-- regardless of style--(not to mention any other aesthetic matters like fashion, cuisine, or fine art)--is futile without first confronting this primary reality of the Republic's daily function. The story is simply not told consistently even as today business professionals, students, and visitors question their very well being there, especially when children are a factor. They are thinking twice, moving out, or hesitating to go in the first place. Even this colossal growth juggernaut could find itself at resulting risk.

This catastrophic pollution, which on some days is triple what the United States after more than a century of rapid development has come to recognize as extremely, stay-at-home dangerous, is a factor that weighs in as an essential existential choice. Even a brief stay renders in lapidary precision the blessing of regulation, until and unless free markets themselves appreciate fully the fact that at some point pollution is just plain bad for business. The price paid over time will prove extremely high including return on profits. The past mistakes and applicable lessons of others is needlessly ignored. 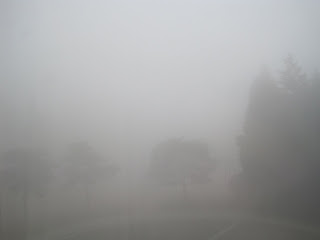 Even setting aside health risks and environmental degradation (How long can the trees survive? Already the birds are nearly gone), what passed in the 18th and 19th centuries as an inevitable byproduct of industrial growth is simply not applicable or acceptable in the 21st. Now we know better, not to mention how to reduce and even obviate it; those asserting otherwise have clearly not been paying attention. The risk through Chinese capital investment of spreading such degradation geographically raises the stakes even more. This is not a model for humanity, let alone sustained economic expansion.

Further this pollution is an equal-opportunity oppressor. Even those residents purchasing new apartments for more than $2,000 a square foot on the foot prints of what were often dynamic, dense, and enduring traditional neighborhoods called hutongs, look out on a suffocating cloud with visibility of a few feet. The air mocks the material world and the wealth it represents; collective existence is immiserated regardless of personal possession. 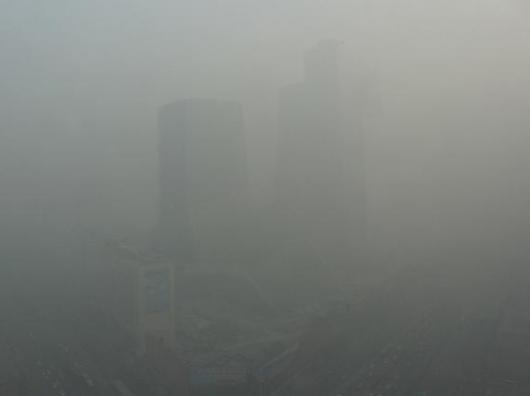 Besides food and shelter, what matters when the air is un-breathable under a sky locked in a sickly, permanent, and sooty choke hold? While much is said about the drive for green energy alternatives, the present reality on the ground for the foreseeable future does not bode well. The hard-working Chinese people deserve better; this rich culture and the history and philosophy that have shaped it demand greater respect. 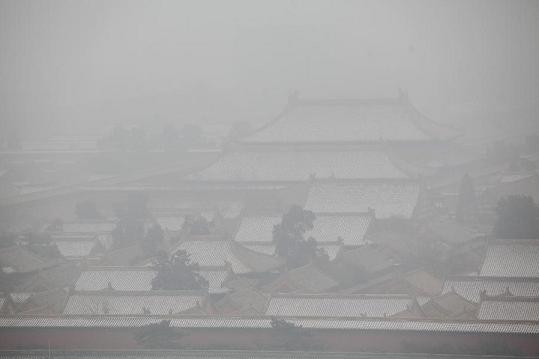 At the time of its recent decennial appointment of Xi Jinping as new President, Party leader, and Commander in Chief, the Beijing Municipal Environmental Protection Bureau (EPB) announced a plan to reduce air pollution by two percent annually. Experts and civic minded souls alike agree that this target falls far short and that in the absence of any regional or national plan it is likely unachievable. China's new premier Li Keqiang said he was "upset" about recent smog levels. In any case, the aim is far too low and ignores present urgency.

The government should stay ahead of that curve, recognizing, if nothing else, that the drive for a stable future of shared prosperity depends on it. Urgent action is called for and the centralized authority must sound the alarm with the consolidate power it enjoys.

Likewise Americans and other nations blessed by diverse factors to enjoy the imperative for environmental attention should appreciate how relatively well they fare and how good it is for business. As a result, security and prosperity are not illusions and the pursuit of happiness and personal gain make sense. Those questioning the EPA at a time of transition, at least on the grounds of its stated regard for clean air, should bear in mind the alternative Chinese reality.

The global design profession along with those public officials, bankers, and developers calling the shots need to stand tall on this front as a basic prelude for realizing respective dreams about the form of future livable places. The foremost challenge should be addressing it urgently with all hands on deck. 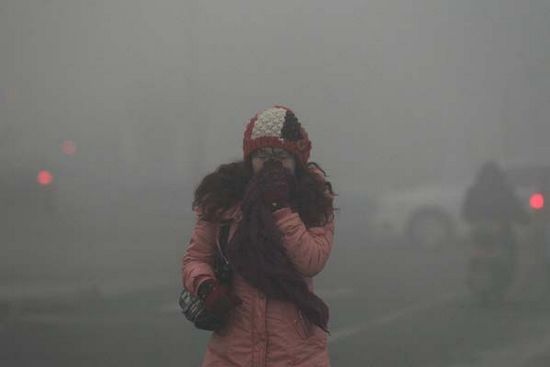 Without air, nothing ultimately matters. There is no springtime resurrection. Pollution at this scale kills the soul long before it threatens the body.